A black day for the industry 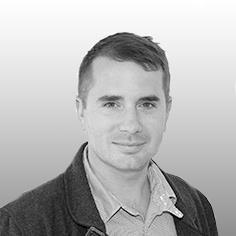 There was more hand-wringing embarrassment this week as construction bosses - representing the eight firms that have set up the compensation scheme for victims of blacklisting - appeared before the Scottish Affairs Committee to give evidence about the formation of the scheme, launched earlier this month.

Leaving aside the unedifying spectacle of leading construction figures dancing round the definition of blacklisting (performing “verbal gymnastics” as Balfour Beatty’s UK construction boss Nick Pollard put it), what was more embarrassing was the concession that a letter that the firms had sent out to every MP in the House of Commons announcing the launch of the scheme, along with its press release, was misleading, in that it suggested the scheme had union backing - which it does not.

Now the firms have agreed to write again to MPs, clarifying their earlier letter.

All of this reflects badly on an industry that was far to slow to deal with the blacklisting scandal in the first instance - and has still failed to grasp the nettle.

Worse is still to come, with the firms facing a High Court trial as early as next year over their role in the scandal. That will heap further embarrassment on an industry that still labours under the perception that it remains unreformed, to put it politely.

Construction is - or should be -better than this.