After testing economic times the annual construciton industry regatta is back 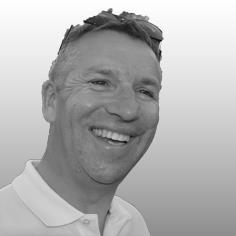 After a long and difficult six years since the global recession first began to bite, the market is at last back on track. The CITB predicts construction industry growth of 2.9% between 2015 and 2019 and industry forecasts from Experian and the Construction Products Association suggest growth of about 10% over the next two years.

As chairman of the Little Britain Challenge Cup, we’ve experienced difficulties with reducing numbers, but we’ve kept going and I’m delighted to report that we’re expecting over 500 people this year with over 60 boats racing.

There’ll be racing and networking from Thursday to Sunday for developers, construction companies and clients alike. With many leading lights in the UK construction industry Lend Lease, Sir Robert McAlpine and Galliford Try, there’ll be no shortage of opinion on the market so we’ll be blogging daily for the readers of Building, giving you an insight into industry feeling.