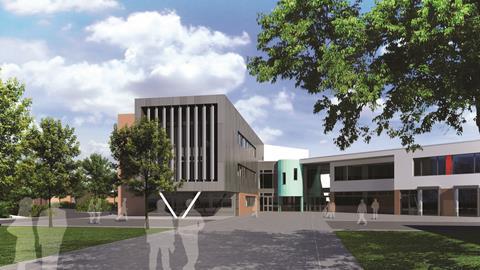 As the James Review made clear, the future of schoolbuilding lies with low-cost standard solutions, much as it did in the fifties. Darren Talbot and Stuart Francis of Davis Langdon, an Aecom company, offer an overview of this burgeoning market and consider the costs

Following the publication of the James Review in April 2011, considerable attention has been given for the need to provide standardised solutions for schools. A number of well-known names immediately come to mind, including the Laing O’Rourke / Atkins prefabricated sustainable solution (manufactured in the factory they purchased just before the cancellation of the Building Schools for the Future programme), Willmott Dixon’s Sunesis offering through the single-source SCAPE framework, and Wates’ modular ADAPT solution (the forerunner of which, at Campsmount Technology College in South Yorkshire, has provided the first of the new “low-cost academies”) - see below and PDF attached.

Standardised solutions have been around for many years. Liverpool’s city engineer John Alexander Brodie was at the forefront of technology promoting the use of precast reinforced concrete slabs as a means of building houses quickly and cheaply in 1898.

Between 1945 and 1948, having forgotten the lessons learned by Brodie, about 157,000 prefabricated houses were developed, falling well short of the expectations of the Burt Committee - the governmental working party on housing shortage -and leaving a perception that standardised construction meant poor quality and programming failure.

By the early fifties, large panel systems (LPS) and high-rise buildings had become the architect’s preferred approach. London County Council was the first commissioner of an LPS domestic system, and once this had been constructed, the London Borough of Newham followed suit with a further nine 22-storey LPS blocks. Following the Ronan Point disaster in 1968, many of these blocks had additional works carried out on them and future designs were modified to prevent disproportionate collapse.

The best-known system-built approaches in schools were developed in the post-war years. The same pressures that drove the prefabrication boom were creating
an urgent need for education, particularly in the new towns that were springing up outside London. One result of this was the well-known Hertfordshire schools programme.

Two principal building systems have models that have survived the following 50 years - CLASP and Intergrid. Intergrid was constructed from precast beams and slabs and can be found in many surviving school buildings today. The CLASP system was a steel-framed, flat-roofed, precast concrete solution. The CLASP system has evolved into SCAPE - a modern prefabricated school system.

Following the failure of the Building Schools for the Future initiative to deliver either to time or to programme, the School Capital Review was commissioned in July 2010 by education secretary Michael Gove. Carried out by Sebastian James, group operations director for the electrical retailer Dixons, its remit included:

It covered all capital investment in schools, early years, colleges and sixth forms.

When it was published in April 2011, some of the many recommendations included the following paragraphs:

“There should be a clear, consistent Departmental position on what fit-for-purpose facilities entail. A suite of drawings and specifications should be developed that can easily be applied across a wide range of educational facilities. These should be co-ordinated centrally to deliver best value.

“The standardised drawings and specifications must be continuously improved through learning from projects captured and co-ordinated centrally. Post-occupancy

It is this push towards developing standardised drawings and specification that has been the driving force behind schools contractors and their design teams developing their own standardised models, with the Priority Schools Building Programme, an upcoming £2bn-plus pseudo-PFI investment programme being touted as the ideal test-bed for them. 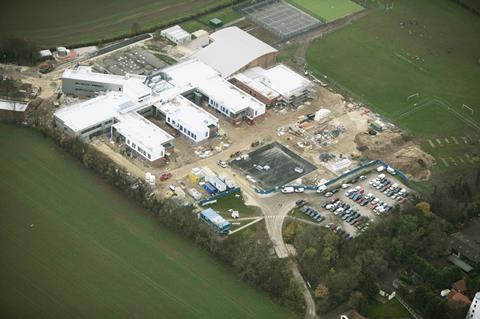 In response to the James Review, and the ongoing population bulge that has led to demand for the rapid provision of largely primary school places,
a number of solutions have been developed.

Each of the solutions identified above has subtly different advantages and disadvantages, not least because they use different approaches, including standardised design, modular building and portal frames.

The general advantages and disadvantages are well rehearsed, and some of the key points to consider are as follows:

There is no outright winner in the traditional versus standardised schools argument when considering these points. Equally there is no “best” standard solution - they all have advantages and disadvantages and the points made above must be reviewed carefully against the requirements of the new estate before a solution is chosen.

06 / THE FUTURE OF STANDARDISED SOLUTIONS

Under the five-year Priority Schools Building Programme, it is likely that contractors will be required to develop their own standard designs for the first year. The DfE and Education Funding Agency are then likely to identify their preferred designs to be used as the programme moves into its later years.

However, on its own, this will not provide the volume required to significantly reduce the costs of these buildings below their current figures. For standardised solutions to have any realistic chance of attaining the positive cost and programme benefits that are advertised by the promoters of these buildings there will need to be take-up of the schemes beyond the current school building programme.

The solutions that use a “kit of parts” or frame approach will be the easiest to promote in other sectors, such as healthcare, housing and the defence and judicial sectors.
By the very nature of their elemental design, they will also be the easiest to align with BIM at the 4D and 5D levels and beyond.

The standardised solution example that is used for the cost model in this article is Wates’ Campsmount Technology College in Doncaster, South Yorkshire. For comparison purposes, we have contrasted Campsmount to a traditionally built school of the same area.

Following a fire that destroyed the original school, Campsmount was chosen by Partnerships for Schools as the pilot for the new reduced-time procurement process, and after an eight-week process, Wates was announced as the selected bidder, starting on site 11 weeks later.

The construction period was reduced to 12 months for the 7,500m2 flexible steel-framed building, and it took just four and a half months from the start of procurement process to work starting on site.

The school was completed both on time and to its agreed £10.5m budget. As a result, Campsmount became the prototype for Wates’ modular ADAPT system.
The building comprises a steel frame, with a mix of brickwork, rain-screen cladding and render finishes. Internally, there are movable walls for flexibility and non-loadbearing walls to give an adaptable environment. The school is primarily naturally ventilated, uses biomass boilers for heating and has photovoltaic panels mounted to provide a source of future income. Externally, the football fields were extended and three hard tennis courts provided.