Shares in Costain slumped a whopping 40% this morning, valuing the troubled contractor at just £38m, as fears around the impact of the coronavirus epidemic shook investor confidence to the core.

The group’s shares were trading at 35p at the time of writing, but have been falling in value since last week, when it announced it had slumped into the red in 2019, revealing pre-tax losses of nearly £7m. 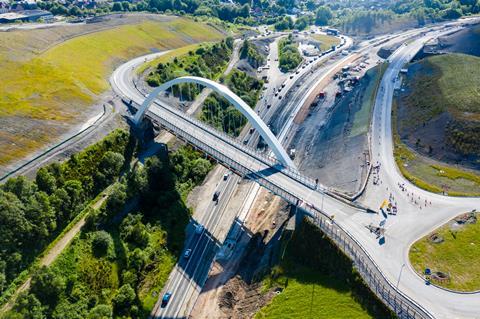 It also went cap in hand to shareholders for cash via a £100m rights issue to prop up its balance sheet.

Cenkos analyst Kevin Cammack called last week’s rights issue announcement a huge mistake: “All they’ve done is flag up this is a rescue rights. They should have had some backers for it before announcing it. They’ve made it impossible to raise new equity.

“They’ve had a bad year but not to the point where anyone thought the business was under threat. But now everyone is asking: are they going bust? I don’t think they will but if there is a danger that comes out of this in the coming months, it is entirely self-inflicted.”

READ: What is going on at Costain?

The group’s shares immediately tanked on the rights issue news, collapsing from an opening price last Monday of 167p to 59p at Friday’s close last week.

Announcing its 2019 results last Wednesday, Costain said it was facing growing demands on its cash from the government’s prompt payment code and the increased use of project bank accounts.

Its cash position had dwindled after taking a £37m hit on a road scheme (pictured) in south Wales, called the A465 Heads of the Valleys.

The firm also took a near-£10m cost to fix a roof at the £260m National Synchrotron facility in Oxfordshire, which Costain’s building business completed in 2006.