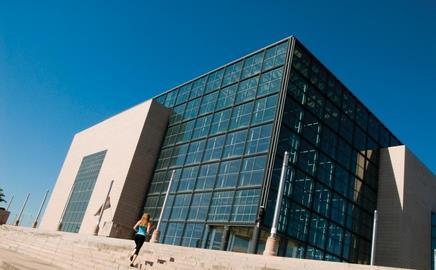 The economy here is weathering the global recession better than most, and a shrewd firm might want to get in before the EU accession boom. Milan Momcilovic of EC Harris gives the briefing

Croatia’s economy has gone through a profound transformation since the country gained independence in 1992. Although structural reforms are yet to be completed, there is a functioning market economy with stable macroeconomic indicators, although the microeconomic environment and competitiveness of the local economy need to be enhanced.

Based on quarterly estimates, the GDP growth rate was 4.7% in 2006 and 5.5% in 2007. This growth is accompanied by low inflation and a stable exchange rate. The budget had a surplus of €483m (£432m) in 2007 due to proceeds from privatisation of the state-owned telecoms company. However, the underlying budget deficit remains around 3% of GDP, the state still plays a significant role in the economy and unemployment remains high. Croatia ran a high external deficit in 2008, with foreign debt at about 90% of GDP and the current account gap above 10%.

The country needs to increase production and exports while cutting public spending; further restructuring of companies and improvements in general business conditions will also be necessary if investors are to recognise Croatia as the hub for business expansion in this part of Europe.

Croatia is one of the few emerging markets to have coped well with the global crisis and the government is likely to press on with reforms and spending cuts. The World Bank welcomed the government’s decision to rebalance this year’s budget because of underperforming revenues and a slowing economy and has urged Croatia to keep prudent fiscal and monetary policies as a tool against external shocks.

The government originally set the budget gap at 0.9% of GDP on a 2% growth projection, but has recently cut the GDP forecast for 2009 to –2% and announced a budget rebalance for late March. Part of the rebalance will include ways of making public spending more efficient and reducing the tax burden and one of the main challenges is how to respond to a drop in exports and uncertainties about tourism, which makes up 20% of the country’s GDP.

Most of the Croatian construction industry’s workload derives from public sector investments, and the government’s general cost cutting is threatening construction companies, and their 85,000 employees. As a result of a lack of funds some of them will lose the lucrative contracts that the state has awarded them over past years, and there are estimates that at least 8,000 workers will find themselves out of a job.

The restructuring of Croatian construction over the past several years has followed the European trend, with SMEs adapting more easily to market demands. This has resulted in a growing number of such companies, whereas the number of large companies has dropped significantly. The move to bring Croatian legislation and standards closer to those of the EU is one more step in creating conditions for rapid restructuring which should make the Croatian construction industry more competitive in the demanding European market.

In recent years, construction has made up 5.5% of Croatia’s GDP and the goal is for it to grow to 10%, in line with the growth projections of the EU countries. In order to meet the growing residential needs of citizens, housing construction is being systematically encouraged. Commercial banks are expected to become more active in offering loans, and building societies are expected to offer similar access to long-term savings.

The dominant trend in Croatian industry over the past few years has been a strong increase in manufacturing and productivity. This has been owing to extensive restructuring and to Croatian industry remodelling itself to meet the global competitive environment. Currently, industry employs about 280,000 people, some 25% of total employment, in 10,000 active companies. Industry accounts for 19.7% of Croatian GDP and generates a gross value added of €5.5bn.

Shipbuilding dominates the industrial sector and, with exports of more than €1bn a year, accounting for 10% of exported goods. Other key exports include refined petroleum products, electrical and optical equipment, chemicals, food and beverages. The growth trend is expected to continue, particularly in industries associated with environmental protection and waste management, energy and energy efficiency; there should also be substantial growth in direct foreign investment and transfer of technology. This is seen to be significant in having a stimulating effect on Croatia’s EU accession process.

The residential market operates at two levels. At the top end of the market, demand for homes continues to outstrip supply. Zagreb, the capital, is still Croatia’s largest and fastest growing residential market and prices have risen by about 15% a year over the past few years. In 2008 the average asking price was about €2,040/m2 (£1,830), or 0.6% higher than a year earlier. There is a lack of higher-quality premises although as the market becomes more sophisticated, developers can be expected to increase the supply of quality developments. Supply and demand for good quality residential units are expected to continue to grow in the coming years, as the developing market creates favourable conditions for them. As a result, residential rents are likely to stay near their current levels.

At the other end of the scale, lower cost housing has been hit by the economic crisis, and the consequences will be felt in the construction industry. The market at this level has been attractive to investors over the past decade, many of whom have been seeking fast profits. Some have gained, but those who have been caught with unsold units are going to have to wait for better times or put up with lower profits or even losses. Over the past few years the number of flats being built accelerated; supply exceeding demand in 2007, when 25,000 flats were constructed.

The market is now saturated, and with the number of inhabitants decreasing, the supply of flats could be halved this year. Although input costs are rising, selling prices are not expected to fall, since that would mean no profit for investors, although potential homebuyers are hanging back anticipating some falls in prices – further exacerbating the situation.

Most of the class A office stock is located in Zagreb, while other larger city centres such Pula, Rijeka, Split, Dubrovnik and Osijek have class A and B class offices, but in smaller numbers and mostly owner-occupied. Most of the new office stock in Zagreb is class A and meets international standards, and more than 95% of class A offices, about 260,000m2 in total, and 45% of class B have come onto the market since 2005. Currently there are only a few offices under construction in Zagreb which will bring an extra 80,000m2 of space onto the market in the next few years. In 2008 the rental price for prime class A offices ranged between €15 and €16 per m2 per month and the sale prices of a few buildings points to €2,000-2,500/m2 for class A and €1,400-1,800/m2 for class B. The information available from the banks, developers and investors points to a yield in the range of 6-8%.

Zagreb is Croatia’s strongest and fastest developing retail market, although other cities have also had increased retail and investment activity in recent years. Current shopping centre stock in the capital stands at about 230,000m2 in nine existing shopping centres. Ten new centres are in the pipeline, which will bring an additional 600,000m2 to Zagreb’s retail scene; 75% of the space is expected to be completed by 2010.

Current shopping centre rents in Zagreb range from €15-80 per m2 per month; with the average range being €30-50; in prime locations, rents range from €80-120. Rental levels in other Croatian cities are 15-20% lower than in the capital, but are expected to increase with the development of the retail market.

Although many roads, ports and airports have been built, further substantial investment is necessary, and some of it is looking less likely than it did. It is evident from the proposed €16.4bn national budget that government has definitely abandoned the most costly infrastructure projects, or has, at best, reduced to them to a minimum. About €268m that was to have gone to the Hrvatske ceste (Croatian Roads) for road construction has been slashed, a €255m passenger terminal will not be built at Zagreb airport and the construction of the Peljesac Bridge has been abandoned. A slowdown in large scale construction projects, will create a fall in demand for construction materials, and Nexe Group and Dalmacijacement companies will be the first to experience difficulties.

The Companies Act, Investment Promotion Act and other laws regulate foreign investment in Croatia. Foreign investors have the same rights, obligations and legal status as domestic investors, provided the condition of reciprocity is met.

Foreign investors also enjoy some additional guarantees that are not given to domestic investors, since the constitution states that no law or any other enactment shall reduce the rights acquired through capital investment. It also ensures free repatriation of profits and capital upon termination of investment.