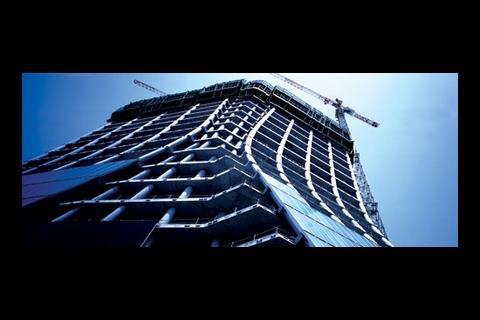 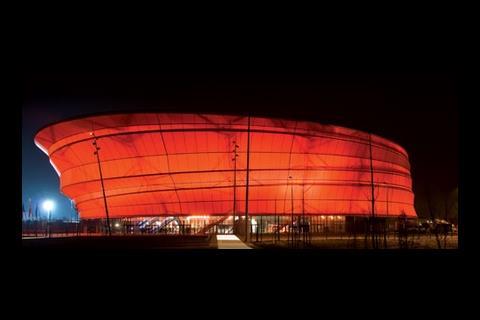 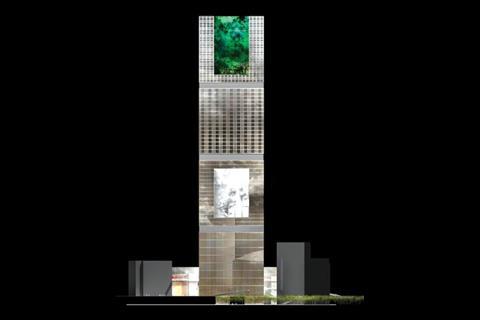 President Nicolas Sarkozy’s honeymoon period may be at an end, but France is weathering the credit crisis relatively well and the construction industry is still a bastion of the economy, reports Patrick Leniston of EC Harris

01 / Overview of the economy

France took over the six-month rotating EU presidency on 1 July this year, but the EU’s relationship with the nation – the eurozone’s second-largest economy after Germany – has not been an especially happy one lately. Last July, the reform-focused Sarkozy administration disappointed the EU with a promise to balance France’s budget by 2012, rather than the 2010 goal that the EU had set for its members.

President Nicolas Sarkozy was elected in May 2007 on a platform of tackling long-standing economic difficulties. In April this year, Sarkozy put forward a wide-ranging report detailing 166 proposals for cutting public spending and bolstering economic growth. Entitled La Revision Générale des Politiques Publiques (RGPP), it proposes streamlining government departments, including the continuing merger within the enormous Ministry of Economics and Finance of the two divisions that handle taxes and public accounts.

With demonstrations as redolent of the French nation as baguettes and brie, the unions have, of course, been staging protests, most recently in June against the government’s plans to cut 22,900 civil servants’ jobs in education this year and another 35,000 the next.

French households are perhaps ungrateful, since they have benefited from a sharp slowdown in the rise of social contributions and taxes through Sarkozy’s 2007 TEPA Act, which exempted households from social contributions on overtime. The rise in social contributions payments eased from 4.6% to 3.9% in the fourth quarter of 2007, while the growth rate of income and wealth taxes fell from 7.2% to 1.2%. As a result, the overall tax burden fell by 0.4 points to 43.5% of GDP.

France still has a VAT rate of 19.6%, which results in the country always ranking highest on Forbes Magazine’s Tax and Reform Misery Index, released every May. Forbes, however, pays little heed to the generous healthcare and education systems that average French citizen takes for granted.

The government has claimed that its reforms are working after INSEE reported in June that GDP growth during 2007 had been revised upwards to 2.1%, from the previously assessed 1.9%. GDP rose 0.6% in the first quarter of 2008, following a 0.3% improvement in the final quarter of 2007.

The main drivers of French growth in 2007 were market services, notably business and property services. But the value of exports declined in 2007 from 5.4% to 3.1%, largely because of the appreciation of the euro and slacker world demand.

The revival in domestic demand has offset France’s weaker trade performance, and total investment continued on a vigorous path. Pressures on productive capacity throughout 2007 quickened the rise in business investment from 4.9% to 7.4%. At the same time, a swell in public works projects produced a rise in investment by local government, which showed 1.8% growth by the year end (compared with a 2.3% decline in 2006). This is typical in the run-up to municipal elections, held in March 2008.

The French construction industry – including civil engineering – posted its third year of continued growth last year, with a 3.8% gain in output during 2007 following rises of 3.9% in 2006 and 2.9% in 2005. However, these figures mask contrasting trends: business investment rose sharply, government investment in public works rebounded, but residential investment slowed.

For the first time in three years, residential investment by households weakened in 2007, gaining only 3.0% in comparison with an annual average of 5.4% between 2004 and 2006. At that time, French households profited from low interest rates and easier access to credit for mortgages; loan durations lengthened and minimum down-payment requirements loosened. As a result, household total debt ballooned to over 70% of disposable income in 2007, up from 55% in 2000.

Last year, however, the monetary policy tightening that had occurred in the French economy since 2005 and the accompanying gradual increase in the cost of credit began to affect the property market. This was exacerbated as the banks’ refinancing difficulties, triggered by the subprime crisis in the US, led them to curb their credit supply. Unsurprisingly, the growth in housing loans started to slow, moving from 14.7% in January 2007 to 12.7% in December. This slowed the rate of house price rises, which had more than doubled since 1997 but fell from its 2006 rate of 12.1% to 6.6% last year.

The French construction industry grew 4.2% in volume in 2007, producing a total turnover of €178bn (£141bn) and creating 67,000 new jobs – nearly double the already impressive 35,000 jobs that the industry had created the previous year. Construction now employs 6.15% of the nation’s workforce, accounting for 1.6 million of France’s total 26 million jobs. INSEE projects that the industry’s total turnover in 2008 will be €181bn (£143bn).

The bubble appears to have popped, but to translate Dominique Bureau, head of the country’s Directorate of International Economic Affairs: “Though construction may no longer be the engine of the economy, it will certainly be in the economy.”

France has the second-strongest yields in Europe, after Norway, according to Investment Property Databank. In 2007, the average total return for property of all types was 17.8% – for the office market it was 18.2% and for retail 22.4%. Spain lagged behind in third place at 12.5%, with the UK scoring minus 3.4%.

To put this into a larger yield-return perspective, compare the returns of property with those of blue-chip stock (called CAC40 for the top 40 companies in France traded on the national stock market). In 2005, total blue-chip stock return rested at 26.6%, whereas French property produced a comparatively small 15.2%. However, land is traditionally regarded as a steadier investment than shares and the recent problems in banking and equities have seen the total return of CAC40 companies falling to just 5.1% while French property returns improved to 17.8% in 2007.

In short, the French property market is returning to reality, although fast, speculative profits are over. The fundamentals of the property industry are once again forming the basis of investment, as opposed to the bulging bubble that financial jugglers created.

Winding down but not bottoming out

Abrupt, US-style collapses have, fortunately, failed to materialise in the French property market. On the supply side, there is no subprime market in France, and credit institutions typically exercise tighter risk control. Borrower solvency is a prerequisite for housing-loan insurance, and most loans are taken out at fixed rates. On the demand side, housing needs remain strong.

That is not to say that France is immune to world conditions. Inflation is higher than it has been in 17 years, reaching 3.3% in the year to May 2008. The consumer price index was especially affected by price increases in energy (15.4%) and food (5.7%) during the same period. Households are evidently feeling the pinch, with consumer confidence dropping from a negative 13% to a record-breaking negative 41%.

Faced with global financial turmoil, central banks have acted flexibly, and the very protectionism that causes its high taxes has allowed France to come out, if not altogether unscathed, then without too many scratches.