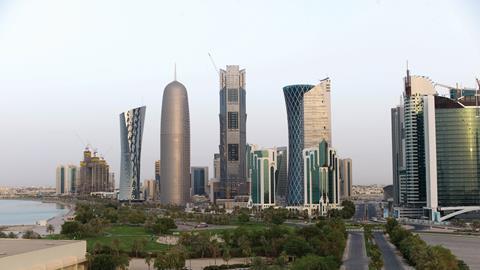 The tiny Gulf nation is throwing vast sums of oil and gas dollars at transforming itself into a ‘knowledge economy’ by 2030 - and its got a World Cup to stage too. Paul Needler from EC Harris reports

Qatar occupies a small peninsula on the north-easterly coast of the Arabian Peninsula. Its sole land border is with Saudi Arabia to the south, with the rest of its territory surrounded by the Persian Gulf. Often cited as being “only half the size of Wales”, this tiny nation has a population of just 1.7 million inhabitants, of whom only about 300,000 are Qatari citizens.
In addition to some 15 billion barrels of proven oil reserves, Qatar has proven gas reserves of nearly 26 trillion m3, about 14% of the world total and the third largest reserves in the world. This has put Qatar at the top of the list of per-capita income countries in the world, at $90,000 per capita, according to the IMF.

Qatar has continued to prosper over the last few years with continued growth in GDP, despite the global economic downturn. During the financial crisis, Qatari authorities protected the local banking sector with direct investments into domestic banks, and despite an 11% decrease in GDP growth in 2009, the country rebounded in 2010 largely due to higher oil prices. The growth of 20% in 2011, meanwhile, was supported by Qatar’s investment in expanding its gas sector.

Economic policy is focused on developing non-associated natural gas reserves and increasing private and foreign investment in non-energy sectors, but oil and gas still account for more than 50% of GDP, roughly 85% of export earnings, and 70% of government revenues, according to the CIA World Factbook.

On 2 December 2010, FIFA announced that Qatar was successful in its bid to host the 2022 World Cup. Sixteen months have passed since that historic moment, and the focus has now firmly shifted to the enormous challenge of delivery. 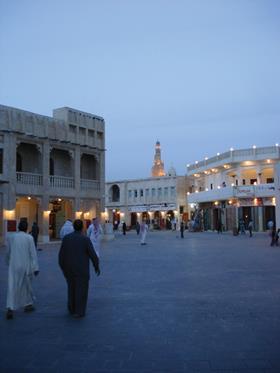 But hosting one of the world’s most important sporting events is part of a much wider strategy: Qatar’s leadership recognise that their hydrocarbon reserves will not last forever.

Qatari government has set in place its framework for delivering long-term outcomes for the country in its Qatar National Vision. By 2030, Qatar aims to be an advanced society, capable of sustaining its development and providing a high standard of living for its people for generations to come. Achievement of this vision will complete the journey from a hydro-carbon economy to a “knowledge economy”, through the four pillars of “human development”, “social development”, “economic development” and “environmental development”.
In order to deliver both the World Cup and the National Vision, Qatar is expected to invest heavily in both capital projects and infrastructure over the next decade. Estimates of the investment vary in the press from $60bn (£37.6bn) up to $220bn (although the reality is probably somewhere in the middle). The Qatari government has reportedly allocated 40% of its budget between now and 2016 to infrastructure projects alone, and many significant programmes of work are already in the planning or construction stages (see box, below). It is anticipated that the 2012 Qatar Budget (to be published shortly) will see a continuation of this trend.

Due to the strong focus on large infrastructure projects in Qatar, much of the capital investment forecast for the next decade is funded by governmental (or quasi-governmental) entities. Although there continues to be a significant number of commercial and residential projects under development with private investors, a significant proportion of the non-hydrocarbon investment is being funded by a small number of key stakeholders. These include: Qatar Foundation (Which is funding the Education City and Downtown Doha); Qatari Diar (Doha Convention Centre, Lusail City and others); Barwa (various commercial and residential developments); KAHRAMAA (power and water projects), Qatar Rail Company (Metro, national rail and light rail) and Ashghal (roads and public works).

However, within the Qatar National Vision, it is recognised that such rapid growth “could deplete resources, and overstrain it’s economy … leading to deterioration in the quality of public services, low and stagnant labour productivity; deterioration in project quality and completion; and widening social cleavages and tensions”

There are, then, a number of areas where particular focus will be required to ensure that Qatar’s vision can be delivered in a managed and efficient way. Key among these is the capability of the Qatari construction industry.

Capability of the existing supply chain

Clearly with such a large pipeline of construction, a key constraint is both the capacity and the capability of the existing supply chain. Although many of the existing Qatar construction firms are currently reporting capacity in their order books (some have 50% spare), this will not be sufficient for the volume of construction that is forecast. This provides an opportunity for local companies and international contractors to combine their skills to deliver these complex and technically challenging projects. Increasing numbers of large international contractors are already looking to enter the market, including significant players from the Far East.

It is anticipated that the increase in the construction supply chain will need to ramp up quickly, and Qatar will need to monitor barriers to entry for new companies, to ensure that these do not become a limiting factor. Close monitoring of the supply chain will also be required to ensure that companies do not become overstretched and fail to deliver.

Another consideration will be the structuring of contract arrangements for some of the mega-projects and programmes of work forecast; local contractors who are accustomed to $100m projects will need to consider carefully how they shape themselves to be able to deliver these large programmes.

As with the rest of the global construction industry, contractors will remain very reliant on their supply chain, and building strong relationships with reliable sub-contractors will be key.

It is already widely recognised that availability of sufficient materials and labour, and the logistics of getting them to the right place at the right time is likely to be a significant challenge.
The cost of building materials can be estimated at around a third of the total cost of a construction project. If the forecasts of the scale of investment are correct, this relates to a construction materials market of between $20bn (£12.5bn) and $75bn. At these figures, the infrastructure investment in Qatar is likely to drive the demand for building construction material industries throughout the Cooperation Council for the Arab States of the Gulf (GCC) region and beyond.

According to recent research by analyst Frost & Sullivan, Qatar and Saudi Arabia are forecast to consume some 50% of the GCC’s building materials over the next decade or so. In order to guarantee certainty of delivery, a strategic approach to supply chain management will be essential.

As Qatar has limited locally developed resources other than hydrocarbons, most construction materials need to be imported. The limited capacity of gateways into the country (road, air and sea) has the potential to create bottlenecks in the supply chain. As an example: on 3 April 2012, it was reported by Gulf News that some 4,000 trucks were queuing at Al Ghuwaifat in Saudi Arabia, waiting to complete customs procedures necessary for them to cross the border into the UAE. Due to the number of vehicles queuing, truck drivers were anticipating a six-day wait to cross the border. If similar difficulties are encountered for goods entering Qatar, this could be a key factor for the availability of materials in the country.

While the compact nature of the Qatar World Cup is a compelling proposition to FIFA, the players and their fans, it also presents a number of logistical challenges for the movement of materials, labour and plant within Qatar itself. There will need to be a careful balance between construction vehicles and general traffic to avoid gridlock on the streets of Doha. This is particularly relevant bearing in mind the level of investment in improving the existing roads themselves, creating the likelihood of further disruption. A centrally managed logistics strategy may become essential. 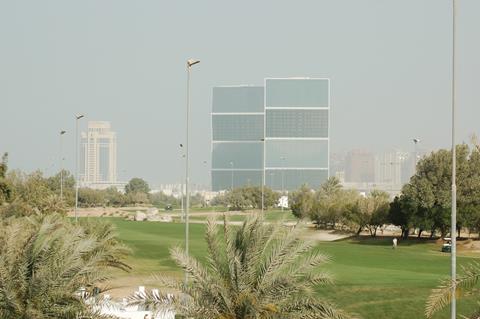 It is clear from the above that the availability of key materials such as steel, reinforcement, aggregate and cement will require a coordinated approach at a national level to avoid local competition for scarce commodities driving inflation.

During the peak of the building boom in 2006-8, developers in the UAE experienced levels of inflation of 1.5%-2% per month in some instances. This was driven by a competing local demand compounded by scarcity of available resources in the global market.

Although the global financial crisis has meant that materials, plant and machinery are now more widely available, careful planning will be required to allow the supply chain to ramp up - be it in the sourcing and provision of plant and materials or the construction of new facilities in Qatar to meet the additional demand.

In addition to the requirement for plant and materials, availability of sufficient construction labour is crucial to the delivery of the Qatar National Vision.

As mentioned above, according to the Qatar census of 2010, only about 300,000 of the population of 1.7 million are Qatari citizens. Although 40% of the total employed population were in the construction sector, only 0.85% of employed Qataris work in construction - most of these in senior management positions. To this extent the industry remains heavily reliant on its migrant workforce, which is expected to continue to grow in order to meet the increasing demands of the forthcoming capital investment.

The eyes of the world will be on Qatar as it builds the facilities and infrastructure necessary to host the 2022 World Cup. It is anticipated that particular focus will be on the welfare of those thousands of migrant workers who flood into Qatar to provide the swathes of construction labour. Human development is one of the four pillars of Qatar’s National Vision, and this includes the welfare of its migrant workers. A holistic approach to worker welfare will be required to demonstrate Qatar’s commitment to its vision, but is also likely to help improve productivity and reduce systemic costs. 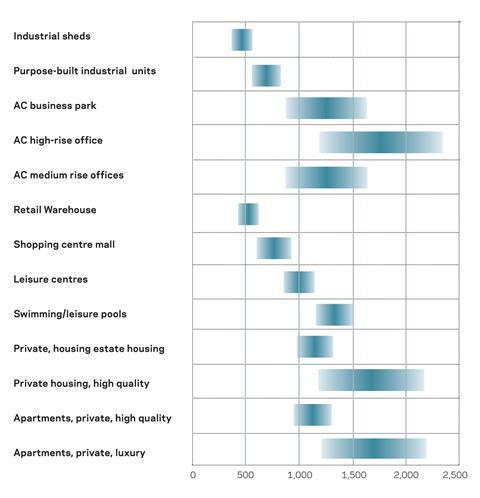