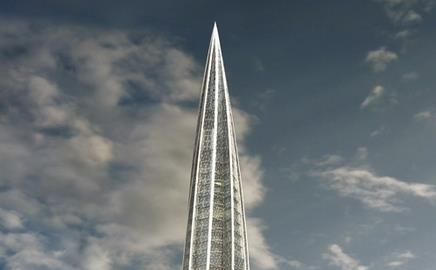 With spending on construction rising rapidly and the Winter Olympics on the horizon, Russia is a happy hunting ground for building opportunities. Just beware the risks involved, says EC Harris’ Mike Pearce

As President Medvedev takes up the reins, economic growth in Russia looks set to continue to outstrip most of western Europe over the next four years. Russia’s relations with the US and EU have deteriorated sharply, which is creating a negative impact on business ties. However, it is likely to enter the World Trade Organisation in 2008 or 2009, which should improve matters.

Meanwhile, more energy earnings are being spent than before; the three-year budget for 2008-10 assumes less will be spent over the medium term, but still foresees that the budget surplus will be almost completely eliminated by 2009.

Capacity constraints, the slow institutional change and the appreciation of the rouble are likely to lead to a slowdown, but growth is likely be boosted by high oil prices, and GDP is expected to be more than 5% per year between 2008 and 2012.

Despite problems in the overall business environment, ample market opportunities have led to a large inflow of foreign investment.

Overall, the construction sector remains one of Russia’s most dynamic. The industry accounts for some 5.6% of total Russian GDP, up from 4.7% last year. This is steadily growing, as the industry is expanding faster than the rest of the economy.

Traditionally, most work is concentrated in particular regions. Moscow, Moscow Province and Petersburg account for nearly 30% of the country’s total construction output, while Russia’s 10 best performing regions contribute over half the total figure.

For most foreign investors, the attention is focused on the construction of office buildings, shopping areas, residential buildings and warehouses.

Sochi – the Black Sea resort that is set to host the 2014 Winter Olympics – will soon become a big construction site and the construction of 27 Olympic projects are planned to start this year. Design documentation is being prepared for 94 projects, while 39 projects are currently in a tender phase. Out of all these projects, 59 are being carried out with private capital.

The shortage of affordable hotels in Moscow is well known, despite three-star hotels currently accounting for 44% of the total of 212 city hotels. However, they are very much in demand, and this leads to a constant shortage. In an effort to address this, the mayor of Moscow, Yury Luzhkov, has promised to welcome any investor who would like to build cheap hotels in the city. At the moment, 75 three-star hotels are timetabled to appear in Moscow by 2010 and in total the plan for constructing new hotels involves 353 structures of all classes, due to open within three years.

For investors looking to get involved in Russia, there are a number of barriers to doing business in the construction sector that are gradually easing. High taxes were the main obstacle in 2006, although the situation significantly improved in 2007 and insolvency problems with clients also improved last year. The situation with expensive commercial loans also improved a little. However, expensive building materials, fierce competition and a shortage of qualified workers remained at the same level in 2007 as the previous year. A lack of new construction machinery exists but is not a significant barrier at the moment.

For outsiders coming in there are a number of points to consider:

The situation with warehouses is not the same. Preliminary estimations say there will be two-and-a-half to three times less warehousing handed over in 2008 compared to 2007. There are a number of reasons for this: high land prices, financial crises around the world, administrative barriers and, according to some analysts, the poor road network. However, demand for warehousing remains and is likely to continue for the next 10 years.

In the retail sector, Russia is a European leader. There were about 40 projects handed over in 2007 with about 1 million m2 of gross building area and this trend is expected to continue for the next two years. The prognosis is that Russia will provide almost a quarter of all new retail area in Europe with Moscow remaining the most active of all Russian regions. Demand for retail area is still growing, following the trend of the past few years.

The office market achieved 1 million m2 in 2007 with the same figure expected in 2008. Despite the focus on Moscow, expansion in the Russian regions is expected.

The industry has received the boost of the 2014 Winter Olympics being awarded to Sochi. Current estimates are that €8.7bn (£6.8bn) will be invested in the Olympic facilities and infrastructure.

One of the main focuses for the Russian construction market is infrastructure.

The authorities have announced their intentions to invest in the road network, while substantial investments are also expected in energy infrastructure development and railway construction.

The construction inflation rate is estimated for 8.5-10.5% for 2008 and the expectation is that it will fall in the years ahead.

Against this dynamic market there are issues that consistently affect construction costs: availability of materials, availability of qualified personnel and lack of manpower.

Current developments in the Middle East have affected the prices of some selected building materials which showed dramatic increases during 2007. These included steel, up 30%, aluminum, up 12-15%, glass, up 10%, concrete, up 30-35% and sand, up 5-10%. Construction contracts consistently allow material prices to be flexible, specifically with respect to concrete and steel and, as a result, it is estimated that construction material costs may rise by 10-20% in 2008.

As the construction boom extends into Russia’s regions, the shortage of materials to meet the current demand has been exacerbated by the poor infrastructure, which has hampered efficient distribution.

Efforts are being made to overcome the lack of distribution networks through the development of new ports and upgrading the road and rail networks as part-private investment schemes grow. The supply of materials is also affected by the unlimited and uncontrolled supply chain.

The lack of qualified personnel and manpower is a consequence of the explosive growth Russia has experienced owing to the wealth gained from its own energy resources and the subsequent private investment into real estate.

In an attempt to overcome manpower shortages, labour is being brought in, primarily from former Soviet Asian republics where language barriers are not great, although the workers do not have any formal training or qualifications.

There are also special agreements in place with Belarus such that labourers do not require work permits, but then again there is no control over the qualifications of the labourers.

While, in the short term, it is almost certain that the level of activity in the construction sector will continue to grow, the danger of high cost inflation is that outside investors may fail to realise their planned returns.

If this happens there is a danger of a downturn as investors look to pull out, resulting in construction costs stabilising or even falling.