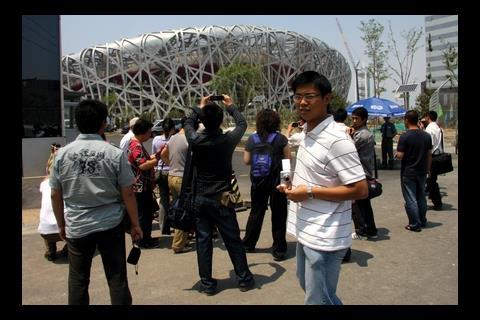 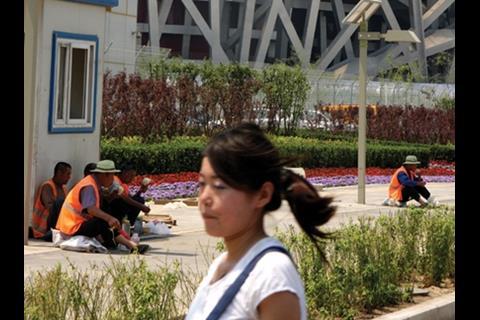 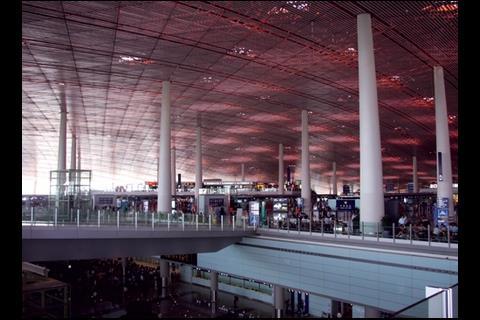 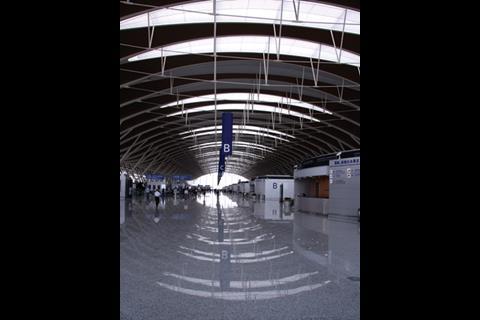 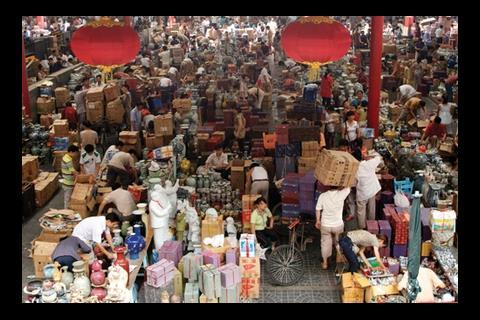 Rising inflation is forcing the Chinese government to restrict foreign investment in development, but strong – albeit slightly slower – economic growth is bound to continue. Investors who are patient and flexible will be rewarded, says Simon Baxter of EC Harris

The steamroller that is the economy of the People’s Republic of China continues to push forward. Annual GDP growth in 2007 achieved a record high of 11.4%. However, the targeted annual inflation rate of 4.8% is being exceeded, with 7.7% recorded in May.

But challenges have arisen for China’s economy over the past year that could curb investor enthusiasm. These include new legislation, the recent earthquake in Sichuan province the most severe winter in more than 50 years.

Furthermore, China’s linkage to the global economy and the impact of rising raw materials costs continue to affect investors in Chinese property.

However, China’s domestic evolution is powerful. Its labour force is up 0.7% from the previous year, and urbanisation is predicted to continue, with sustained growth in major cities for the next 10-15 years.

Through the 11th five-year plan, the central government has recognised the need to encourage the growth of other provincial cities. Hubs such as Chongqing and Chengdu will be given priority status and the successful formula of the “special economic zone” will be repeated to encourage industrial development.

The commercial office market in Beijing and Shanghai has been enjoying high occupancy rates for several years, which has fuelled the continuing construction of high-quality office accommodation in both cities. In Shanghai, where prime vacancies last year fell below 1%, several world-class properties will be completed this year in both Pudong and Puxi.

Outside first-tier cities, rents are beginning to rise, but the need for an institutional grade-A office type is an interesting challenge facing developers, tenants and property advisers. The demands of the user groups in these locations may be less than in the more developed cities and the leasing level cannot may not fully support a grade-A level of specification.

The retail sector is highly active, with Carrefour leading the way among the European supermarket chains. Tesco has commenced an impressive development plan that will move it forward in the market. Marks & Spencer, with restored energies in the developing markets, plans to open its first Chinese store in Shanghai this year.

The retail shopping centre is not a new format for China. Capital Land from Singapore has developed a sizeable portfolio of shopping centres over the past 10 years, and many domestic owners and developers across all the major cities of China have produced in-town malls.

The investor in retail shopping centres has two options for investing in China: build property with effective development and control processes in order to produce an institutional-grade asset; or take on a poorly performing asset and re-engineering it to deliver greater returns. Many examples of each are under way.

The hotel sector passed through a long era of four and five-star property development, supported by local government bodies keen to have a showpiece hotel in their district or city. This “trophy” hotel sector continues to grow, with investment growth of 120% in the development of four and five-star hotels in the past 18 months. But it will soon be overtaken by the aggressive plans of international and domestic operators at the lower end of the now dated star-rating system.

InterContinental Hotel Group is rolling out the Holiday Inn Express brand, and Accor has a sizeable programme of Ibis hotels under way. Hilton, with the Garden Inn brand, is starting its own programme of openings.

The residential sector has been one of the hottest topics for some years, with many domestic, Hong Kong and Singaporean developers producing enormous numbers of homes each year. Investors from outside the Asia-Pacific region have also seen the urbanisation of China’s population, and their need to be housed, as an opportunity in recent years.

The sale prices for these units have been rising dramatically in all major cities, and this is directly linked to correlating rises in the value of the remaining undeveloped land. It is not surprising that recent legislative changes addressed this sector specifically.

In Beijing, construction starts will continue after the Olympics, as many developers are holding back on schemes rather than rushing to complete them before August. Shanghai is still building up towards 2010, when it will host the world expo for a year. In Guangzhou, stadium and associated construction will continue into 2010 in preparation for the Asia Games.

That said, the construction industry is much bigger than merely preparing for these three high-profile events. Continuing long-term infrastructure projects and property development across China are of greater economic significance in terms of output.

The mobility of the skilled workforce in the Chinese construction industry is impressive, with specific cities being renowned for specific trades. The individuals return to their home towns infrequently and will migrate to projects across the country. Meanwhile, unskilled labour fluctuates seasonally as many individuals return to agriculture during the harvest period. This can affect construction projects in their early stages when the requirement of unskilled labour on site tends to be highest.

The main contractors in the market are primarily domestic, as the licensing of an international contractor can be costly.

There have been adjustments to Chinese legislation in three key areas over the past 18 months: foreign investment, tax law and domestic credit.

Circular 130, issued internally in July 2007 by the State Administration of Foreign Exchange (SAFE), ruled that foreign-invested developers obtaining approval certificates and completing the SAFE registration process would no longer enjoy the benefits of foreign loans.

The Ministry of Commerce website, which publishes registration of foreign-invested developers, shows that a high proportion of recent approvals have been granted in the second-tier cities and relatively few in Shanghai or Beijing.

As a consequence of Circular 130, foreign investors will lose the ability to invest in new projects or claim ahead of other creditors of the onshore company to the extent that loans must now be injected as equity. A number of investors have benefited from having operations in China that allow the reinvestment of onshore earnings, thus avoiding the processing of offshore equity.

In addition, any reduction in registered capital now requires the consent of the Ministry of Commerce. Consequently, foreign investors may lose important means for the remittance of offshore funds other than just as dividends out of earnings and surplus.

The policing of China’s tax laws has been inconsistent and sometimes intentionally weak. This policy has included the land appreciation tax. However, the recently introduced Circular 69 directs tax authorities to implement property tax laws more strictly. Like Circular 130, this is aimed at cooling the property sector, but it is unlikely to affect the robust outlook and demand for foreign investment in Chinese property.

China’s banking regulator, the China Banking Regulatory Commission, has recently introduced a circular requiring all banks to strengthen their risk management measures when dealing with property credit at both consumer and corporate levels. This circular is a reflection of how the central mechanisms are continuing to develop a more robust framework within which to do business in China. These controls will create long-term trust in business, which is ultimately good for the economy.

Recent market research shows that construction costs increased by 8% in the year to June 2008.

Materials price increases in concrete and steel are causing contractual claims in projects across China, where reinforced concrete is used for most developments. In the past year, concrete prices have risen 18% and steel reinforcement prices 75%. That the price of a steel H-section has risen 57% illustrates the scale of demand in the country, as it was only in 2006 that China went from being the fifth-largest exporter of steel to the world’s number one. It now produces 36% of the world’s steel, and this figure is set to rise further.

Thanks to the large, mobile workforce, labour costs are still of low significance. That said, it has become evident that as more cities in the second, third and fourth tiers begin to scale up the construction of new property, this supply of labour will become stretched.

Foreign exchange with other world currencies has been less influential in recent years, as most products are now sourced from within China. This was not the case 10 years ago, when developers and investors were being advised by their design teams to import quality materials from abroad.

Many Chinese property developers continue to regard an initial public offering on the stock market as the route towards realising the value of their companies. This market has cooled in the past six months but remains the desired route for many. The effect has been more reasonable valuations of companies proceeding down the stock market placement route, and for some it has meant revising their medium-term plans to include private equity.

Governance of the Chinese property development sector, and the organisations that operate within it, is likely to improve as a result of the introduction of specific support legislation, especially as China is learning the lessons of the sub-prime situation in the US.

At an individual asset level, the cooling off experienced in the past six months is seen as positive by some potential purchasers, as vendors are lowering their prices to more realistic levels. Equally, many of the domestic development organisations are holding landbanks they cannot develop alone, as their capital is spread too thinly for them to source domestic debt finance.

Outside the traditional property sectors, the need for infrastructure investment continues. Although historically there have been barriers to entry, and significant developments have been made in the past 20 years, the need for large-scale infrastructure will continue for some time. Power and water supplies continue to present a challenge for many cities, including Beijing.

For foreign investors, the controls placed on wholly owned foreign entities and foreign-invested property vehicles are likely to soften as the market cools. Investing in China will mean remaining flexible, as controls continue to be introduced and removed in the future.

In overall terms, the growth of the Chinese economy is guaranteed, and wise investors who continue to have patience will succeed in the Chinese property market.

Simon Baxter is country manager for EC Harris in China. He can be contacted at simon.baxter@echarris.com