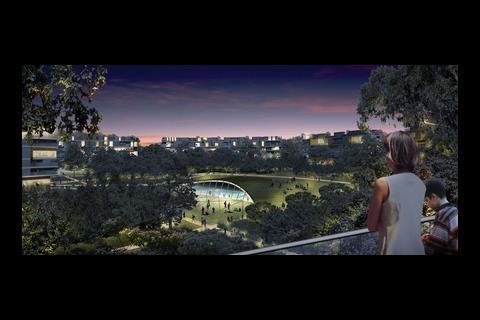 Fosters + Partners masterplan in Santa Giulia on the outskirts of Milan will accommodate about 12,000 residents in 600 flats beside a 4.5ha private park 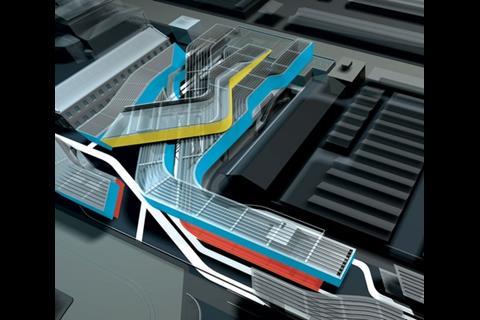 The Italian construction industry has played a central role in the growth of the economy in recent years. Although the global slowdown is now steadying the boom, new project finance rules and investment vehicles should help offset its effects. Roberto Talotta of EC Harris reports

With the recent fall of the 20-month Prodi government, it would seem Italy’s economy is at risk of decline. Certainly, tax reforms for 2008, designed to increase take-home pay and boost consumer spending, will have to be put off until a new government is instated, possibly in April.

Despite the political instability that has marked Italy’s history over the past century, its productivity is moderate and consistent, and is expected to continue its slow upward trend. The country ended 2007 with an increase in GDP of about 1.8%, below the 2% average of the eurozone and slightly lower than mid-year predictions, because of an overall slowdown in its economy in the fourth quarter. The deceleration is expected to continue throughout 2008, with GDP falling from 1.3% to 1%, which is much lower than the eurozone forecast of 1.8%.

The slowdown is being caused largely by external factors such as the rising cost of materials, energy and petrol. This translates into higher labour and transportation costs, reduced profits and a decrease in buying power. In addition, the repercussions of the US subprime crisis is reducing the liquidity in European markets, while the weak dollar is making Italian exports expensive.

The country’s below-average productivity is greatly affected by the oversized public debt, which is more than 100% of annual GDP. While public borrowing was 106% above GDP in 2007, it has shown a positive trend over the past several years. The stricter fiscal policies required by economic and monetary union have led to a steady reduction of the debt, with a further decrease of 0.1% expected in 2008. Moreover, allowing for Italy’s notorious black economy, some say real GDP could be 15% to 30% higher.

Also contributing to Italy’s low productivity level are stagnant salaries, high tax burdens and rising inflation, which took a turn for the worse in the fourth quarter of last year, ending 2007 at 2.6%. Inflation continued to rise in January 2008, reaching 2.9% – the highest since 2001.

Italy boasts one of the lowest unemployment rates in the eurozone, at 6%, with a downward trend that is expected to continue in 2008. However, there are stark disparities between the industrialised north and the negative productivity of some of the south, where unemployment is as high as 20% – although even there the situation is improving.

02 The construction industry and the property market

In contrast with the slow growth of the rest of the economy, the Italian construction industry experienced the ninth consecutive year of a property boom, finishing 2007 with a record €150bn (£115bn) of investment, which accounted for close to 10% of the country’s GDP and nearly half of Italy’s overall gross fixed investments.

The construction market has played a central role in the economy since 1999, having grown more than twice as fast as GDP – overall growth for the sector has been about 27% for this period. Numerous additional jobs have been created in construction, which employs more than 1.9 million Italians and accounts for more than 9% of overall employment. Based on these figures, it can be said that the positive growth in GDP is a direct result of the strength of the construction industry.

The overall standard of living of the average Italian has significantly risen in the past 30 years, with an increase in the number of rooms and average apartment size per inhabitant and improvements in the quality of technical systems and services. In addition, the percentage of Italians renting has fallen from 40% to 20%, meaning nearly 80% of Italian families own their homes. One contributor to this phenomenon has been the restrictive legislation on renting, which has made selling preferable to renting out for owners of large property assets. In addition, Italians have enjoyed fairly low interest rates since the turn of the century, so that taking out a mortgage has been preferable to renting.

Though there has been talk of a bubble, property is expected to remain strong through 2008, if not entirely exempt from the slowdown in the overall economy that was already evident in the last quarter of 2007. In particular, the residential sector is expected to slow because of several factors over and above the increases in commodity and energy. First, the 2% rise in interest rates in the past 24 months has made home loans more expensive and less attractive compared with renting. Second, those looking for a second home or wanting to move house are in no particular hurry to relocate and in a good position to negotiate; as a result, the time to complete a sale can be expected to increase and the number of transactions to fall. Third, the Italian construction market is in a phase where it is becoming easier to obtain discounts, especially in the upper end of the sector, and this resonates throughout the market.

Construction of new homes remained fairly steady in 2007 and is expected to fall 1% in 2008. Residential prices should grow moderately at 2.5%, down from the 5% increase seen in 2007. The focus for developments is expected to be industrialised city centres, smaller homes and the renovation of existing homes.

In the corporate property market, the number of transactions is expected to decline, although price growth should remain consistent at 3%. Great opportunity is forecast for larger spaces for larger investors. The retail market also remains stable.

Expenditure on public works is expected to fall by 2.5% following the trend started in 2005, which contributes to Italy’s overall low productivity. Despite the slowing down of the construction industry, the total value of investments in construction is expected to increase by 2.3% over the next year.

In the past, lack of transparency, frequently changing norms and a lack of measurable, statistical standards made the Italian construction industry challenging to measure and daunting to invest in. These conditions still exist, but they are diminishing as the industry becomes more sophisticated with international experience and the entry of new property vehicles.

The introduction of the speculative SGR vehicle (a fund asset management company regulated by the Bank of Italy) in the Italian property market in 1999 proved to be an effective financial instrument for the sector, as it is fiscally advantageous for private investors, including individuals. Since the launch of the first SGR in 2000, the managed asset industry has grown more than tenfold, from *2bn (£1.5bn) in 2002 to more than *24bn (£18.3bn) of investment in 2007 – the highest growth rate in Europe over the period. The figures represent outstanding growth considering that the minimum investment requirement for an SGR is *1m (£760,000). In addition, the flexibility of the Italian SGR to invest in various property sectors is also contributing to growth.

The Italian financial act of 2007, ratified in December 2006, made official the Società di Investimento Immobiliare Quotata (SIIQ), a long-term property investment vehicle listed on the Italian stock exchange. Inspired by the US real estate investment trust (REIT) and the French Sociétés d’Investissements. Immobiliers Cotées (SIIC), the Italian SIIQ benefits from a tax regime that promises high transparency, control and, of course, yield. Eighty per cent of revenues must be generated from rent, of which 85% is to be redistributed to shareholders. The Ministry of Economy and Finance is still working out the decrees regulating implementation, which should lead to the first SIIQs being launched in the second quarter of 2008. The SIIQs are expected to attract a huge segment of investments, helping stimulate Italian construction further .

The managed asset industry was expected to grow to more than *27bn (£21bn) in 2008, and the addition of a possible *5-8bn of assets from the new SIIQs should bring the combined value to well over *32bn (£24bn).

Although the ground rules for project financing in Italy were solidified with the Merloni Ter law of 1998, the use of project financing for public infrastructure works has picked up only in the past few years. A rise in PFI projects is expected in 2008, as the Demanio Agency ends the first round of its survey of the Italian government’s massive asset portfolio, much of which is underused. This presents a great opportunity for PPPs to maximise the value of the government’s property. Concessions have been extended to 50 years, making partnerships with private entities more viable.

The Italian construction industry is entering a new phase in which the property boom has started to wind down and growth will settle to a more consistent, contained rate. With higher interest rates, rising inflation, increasing commodity and energy prices, a global economic slowdown and the acute disparities between the country’s industrialised north and agricultural south, Italy faces a number of challenges.

At the same time, the knock-on effects of the US sub-prime lending crisis have made liquidity more of a problem when financing investments. Fortunately, Italian banks have been hit relatively lightly by the credit crunch, because they have tended to be more selective of clients – and Italians in general are much less in debt than others in industrialised countries. The credit crunch is forcing international financers to follow suit, ensuring that overall risks are minimised at the onset. This will ensure that the healthiest endeavours thrive, driving the weaker aspects of the industry out and consequently improving overall efficiency. There are great opportunities in the Italian market, with the new investment vehicles (SGRs and SIIQs) and project financing initiatives, all of which focus on making investments work harder and therefore improving overall quality and value.