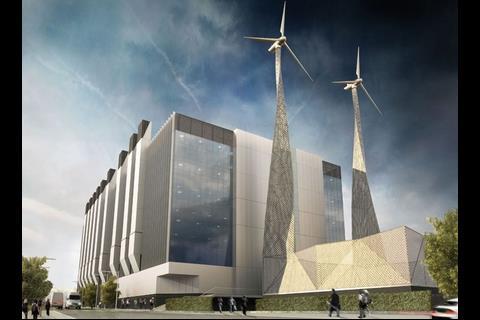 This new building for BSkyB will be the world’s first naturally ventilated TV studio when completed. Designed by Arup Associates, it will use up to a third less energy than conventional studios 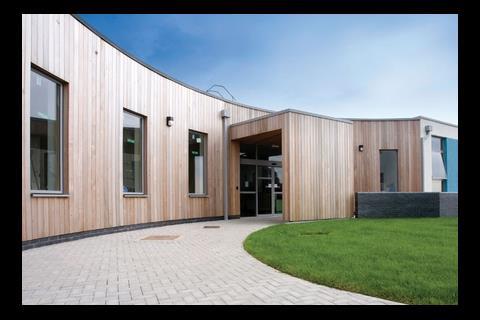 HLM Architects’ Whitleigh primary school in Plymouth. Education has been a key market for M&E specialists 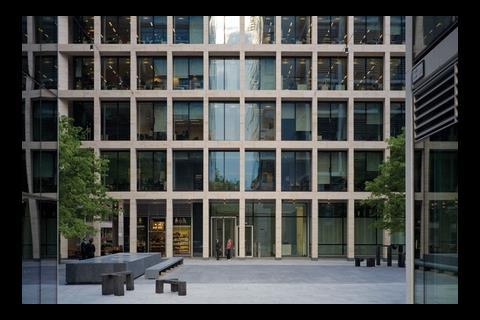 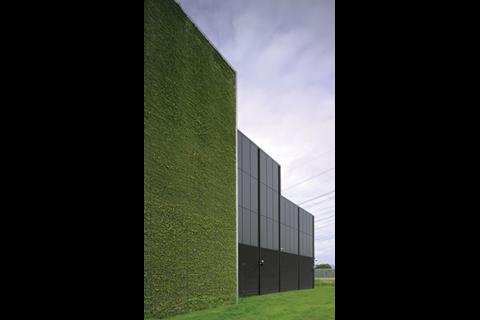 In the final part of our series, Sense Cost Consultancy explores the difficulties that M&E contractors and suppliers are facing, the effect that’s having on prices, and what the future may have in store

Recent industry surveys suggest the rate of decline in activity is bottoming out, but evidence specifically relating to services specialists, which account for about 25% of industry output, remains mixed. Because M&E specialists join new-build programmes at a relatively advanced stage, their workloads have remained buoyant for longer, but the delayed effects of the recession are now hitting home and sentiment is low and falling.

The latest business trends survey from the Electrical Contractors Association (ECA) makes sombre reading. Turnover continued to fall at a steady pace in the first quarter of 2009 for most members and sentiment regarding the near-term outlook is subdued. More than 60% of respondents expect their turnover to contract further during the next 12 months.

It is not difficult to see why. Commercial offices and retail workloads are down about 50% on a year ago. Work-in-hand has reduced significantly, down to three months in some instances. About 10% of building services specialists have already made redundancies and a workforce of nearly 400,000 could fall between 20% and 40% before conditions improve.

Payments to a high proportion of specialist M&E contractors – 79% of ECA members, according to recent research – are not being made in accordance with payment terms. A government pledge in December to aid firms by paying them within 10 days has not been achieved – in fact, only 12% of its suppliers are being paid within that limit, according to a Heating and Ventilating Contractors Association survey. What’s more, the latest quarterly state of trade survey from the National Specialist Contractors Council reported that only 5% of respondents were receiving payment within 30 days of invoicing, and for 23% terms were longer than 60 days.

Although many M&E specialists report that tendering activity is on a par with 12 months ago, order books have contracted by nearly a third. Competition is intense and penetration into a variety of sectors is proving to be the favoured strategy. M&E specialists generally agree that there has been some improvement in tender opportunities over the past three months. A few projects shelved in the latter stages of last year are beginning to be re-evaluated and some large commercial developers speculate that the completion of developments starting next year in central London could coincide with a strengthening in occupier demand.

This is good news, but the lag between the start of feasibility work on a project and a tangible benefit for M&E specialists is long. Few projects have broken ground in the past six months; orders for offices were down 70% in the first quarter and continued to slide in April. Fit-out specialists fear the knock-on impact this could have in 12 months.

Sectors that are performing well include value and budget chains, which are among the few winners of this recession. Hotels are an obvious example, with chains like Travelodge and Premier Inn taking advantage of falling land prices and favourable build costs, and proceeding with fairly bullish development plans.

There are also opportunities in the services-intensive data centre market. For the first time since the industry downturn of 2002, London’s data centres are reaching capacity and a recent survey by Hewlett-Packard found that 60% of companies plan to invest in data centre improvements this year and next. Some data centre operators in London have increased rent significantly in recent years, so new out-of-town space has become an attractive proposition for firms looking to reduce their overheads.

Opportunities in cash-rich overseas markets, notably publicly financed health projects in the Middle East and north Africa, are also enticing larger services consultants and professionals, while at home public sector work has become core to many M&E specialists, as it has elsewhere in the industry. Some firms say that 70% of their orders have public sector involvement, a marked change from 18 months ago. Education is a key area. With interactive whiteboards, networked laptops and internet-enabled devices now standard, schools are significantly more services-intensive than they used to be.

However, cutbacks are likely sooner rather than later and the private commercial sector is unlikely to have strengthened sufficiently to compensate in time.

Research conducted by the Mace Business School found that lead times for services and M&E components changed only slightly in the second quarter, to 17 and 14 weeks respectively. Other M&E-related packages, such as data and voice cabling, sprinklers and air-conditioning units, were unchanged. However, this is likely to change across the board and the market reports that lead times for components such as lifts and generators have already shortened.

In general, M&E works tend to be more materials-intensive than the industry average, and many manufactured components are imported from the Eurozone and China, leaving specialist M&E contractors exposed to price fluctuations in both the metals and money markets. Transportation costs can also have a significant influence and are prone to volatility.

Together, these factors partly explain why inflation persists in the M&E sector even though the cost of building generally is falling. The latest figures from the Building Cost Information Service suggest that M&E costs rose by an estimated 1.7%, year on year, in August, while the more general building cost index recorded a 1% decline.

Copper prices have been rising steadily for nearly six months. In the second quarter of 2009 prices rose 36% year on year, according to the World Bank, and the upward impetus continued in July, with prices climbing a further 4%. Copper futures on the London Metal Exchange (LME) have been rising steadily since the start of the year and are now back on a par with September 2008. Out of the 24 million tonnes of copper consumed globally in 2007, 65% had an electrical application and 25% was consumed directly by the construction industry.

Aluminium and lead prices also rebounded in the second quarter. Lead climbed significantly and was up by 30% quarter-on-quarter; aluminium prices rose by 9%. On an annual basis, however, prices were down 35% and 49% respectively.

Steel, which is heavily used in switchgear, pipe work and air-conditioning units, has been subject to extreme price volatility in the past 12 months. World Bank data suggests that prices overall were down by 23% year on year in the second quarter of 2009 but production has been scaled back globally, except in China, and indicators suggest that price falls are bottoming out. UK production has been scaled back very sharply and is down by 42% in the year to date. The price of steel futures traded on the LME plummeted in mid-2008 and have since stabilised at a lower level.

With the manufacture of many M&E components taking place overseas, transportation costs and exchange rate fluctuations can have an impact on costs and profitability.

Speculation continues to be a key determinant of oil prices, which seriously hinders the ability to plan with any certainty. The volatility displayed in July and August highlights the lack of alignment between supply, demand and prices. Strengthening economic prospects for the Far East prompted a rally in late August, which pushed the price of Brent crude past the $74 a barrel mark for the first time since October 2008. Short-term volatility aside, the general trend has been upwards and the speed at which prices rebounded took many forecasters by surprise.

With wage agreements for some specialists already in place before the phrase “credit crunch” had been coined, overall labour rates for services specialists are holding firm relative to other trades. Rates for electricians in direct employment rose by 4.5-5% in 2009 and an increase of a similar magnitude is in store in 2010. The Joint Industry Board for Plumbing Mechanical Engineering Services in England and Wales secured a rise of 4.5% for its members in 2009.

On the consultancy side, wages have at best been frozen, and at worst cut 20%.

This article has been written by Arlo Mills, associate director, Paul Goodwin, engineering services director, and Kelly Forrest, economist. Sense Cost Consultancy is part of Mace Group. Sense would like to thank everyone who helped with this article.

Over the next three years, the following key areas relating to sustainability will have a huge effect on the engineering services sector: