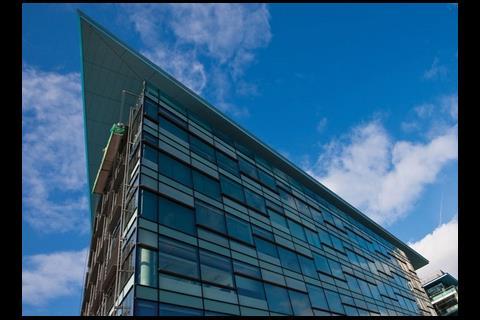 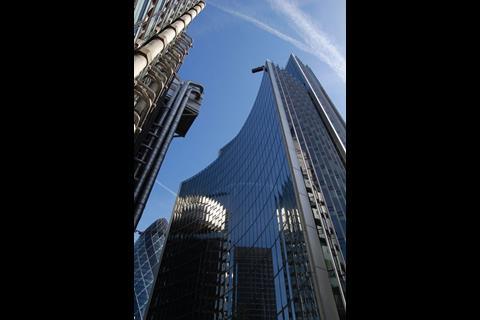 Cladding specialist Schmidlin went bust during the construction of the Foster + Partners-designed Willis Building in London, which delayed completion of the building by three months

With demand at a low ebb because of the recession, it’s no surprise that the trend for lead times across cladding systems is downward. Brian Moone looks at the risks of driving lead times too low

The lead time for cladding has fallen more than any other trade package this quarter and is at its lowest level since our records began 10 years ago.

This is in contrast with the lead times that we reported in the spotlight article on tall buildings in 2007. In the buoyant construction market of just two years ago, with four or five tall buildings being planned, the focus was on solving the bottleneck in design, with lead times for some specialist cladding as high as 14 months. At that time contractors had not foreseen the recession and were not preparing for a downturn in demand. In fact, most were anticipating that the market would continue its upward trend and that demand would peak around now. As a result, many contractors were advising clients to secure capacity with cladding contractors 18 months to two years ahead of their projects.

Specialist contractors working in the cladding market are now reporting that the trend for lead times across cladding systems has been consistently downward. This article explores the extent to which cladding systems have been affected and the reasons behind these changes.

The most notable reduction is in the lead time for cladding using natural materials, which has reduced by a total of seven weeks to 22. This is in addition to the two-week reduction last quarter and represents an unprecedented total reduction of nine weeks over the past six months.

Lead times for reconstituted stone have fallen steadily since they reached a high of 33 weeks in 2003; they are now at 21 weeks. There appears to be no sign of them being affected by wider economic factors, perhaps because clients are favouring lower cost solutions.

The time taken between placement of an order and commencement on site for curtain wall cladding systems has followed the wider economic trends more closely. Curtain wall lead times increased from a low of 19 weeks in 2006, peaked at 50 weeks at the start of 2008 and declined to 42 weeks by the end of 2008. Since the start of this year, the lead times have dropped by a massive 15 weeks in the first six months of 2009 to the current level of 27 weeks.

Metal panellised system lead times have remained relatively constant over the past 10 years with only slight but steady declines over that period. In 1999, lead times stood at about 41 weeks and by 2004 had dropped to 39 weeks,. They are currently 36 weeks.

Declining lead times can largely be explained by contractors having increased capacity in the recession but it is worth looking below the surface to see which other factors may be having an effect. One direct result of declining workload is the increased capacity within contractors’ design departments; as most cladding projects have large and specialist design elements and there are a finite number of designers available to do the work, the design element is susceptible to changes in demand. Contractors are reporting that with less work available, they are able to respond more quickly to client requests. However, some contractors believe lead times are being artificially held down by firms that are desperate for work and are using short lead times as a way of attracting business. This is in addition to reductions in prices charged. This could potentially lead to inadequate preparation and delays.

In terms of the project programme, cladding is a milestone that marks the point at which a building is made watertight, allowing internal trades to progress. Cladding is therefore usually on a project’s critical path, which makes the preconstruction work, including planning and offsite manufacture, all the more critical. It is essential that sufficient time be allocated for this process, and this should not be compromised by the current economic pressure placed on contractors to provide information earlier.

It is also vital that planners fully understand the knock-on effects so they do not simply reduce lead times in the belief that recession will mean additional capacity is available.

Cladding contractors are reporting that designers are increasingly favouring mixed cladding solutions that combine different aesthetics. As well as providing interesting facades, this also gives a designer the opportunity to mix systems and create more affordable solutions – for example, putting more expensive finishes in more visible areas while using standard, lower cost systems elsewhere on the building. This will allow clients to reduce their reliance on high-end cladding systems and contribute to the reduced lead times.

There are no abnormal availability issues reported across the material producers, and in fact the availability of natural materials is reported as having remained reasonably stable throughout the boom and recession periods.

There are a number of factors to consider when looking to future cladding lead times. With increasing emphasis on the environmental impact of buildings, clients are looking to demonstrate their company’s environmental credentials. Facades have a big impact on this, not only in terms of environment-friendly materials but also the extent to which cladding can reduce a building’s carbon footprint. Following the recent consultation process, contractors are carefully monitoring potential changes to Part L of the Building Regulations. After the next edition of Part L, they will need to consider alternative design solutions and the use of composite materials to meet the ever more exacting standards. This may well have the effect of increasing design and offsite manufacturing time on projects.

In conclusion, like most other packages in the construction industry, cladding contractors are experiencing a reduced workload thereby increasing capacity and enabling faster response times. Clients can benefit from this opportunity but they must be aware of the risk of driving lead times too low in this sector, given the importance of preconstruction work to the success of the onsite work.