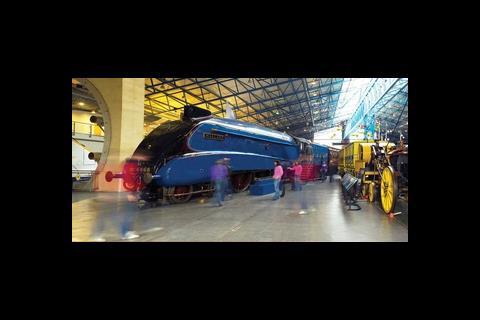 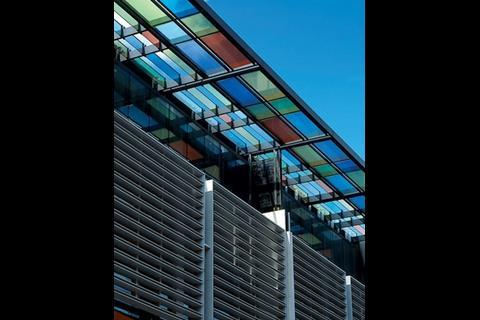 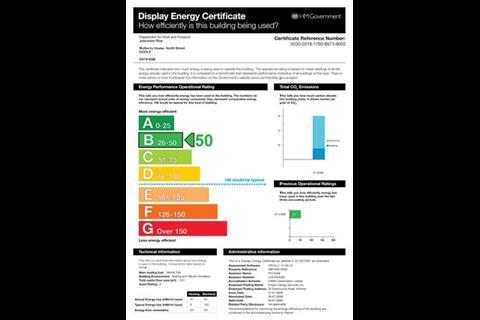 It’s been a month since it became law that offices, schools, museums and other public buildings have to put up fridge-style rating certificates to show how much energy their actually consume, and the results should cause some blushes.

Display energy certificates assess a building’s consumption as an operational rating on a sliding scale, from a meagre A all the way to an energy-profligate G. The rating is an indication of how a building is actually performing from an energy and carbon footprint standpoint.

What has become apparent since 1 October is how poorly many of England’s landmark public buildings are doing when it comes to energy efficiency. That the leaky old Houses of Parliament should be awarded the bottom rating – G – is no great revelation. What is surprising, however, is how badly many relatively new buildings have fared. Portcullis House, the parliamentary office building completed a century and a half later than the MPs’ Gothic home, could only manage a G-rating too.

Likewise, the Home Office’s London HQ at 2 Marsham Street, completed in 2005, only managed an F-grade. A shamefaced press officer said: “We are taking measures to improve the building’s energy efficiency, with a focus on lowering overall consumption of electricity.”

The Department of Communities and Local Government’s Eland House – home of the department with responsibility for DECs and the Building Regulations – also managed an F. It opened in 1998. “Our rating for Eland House tells us we must clearly do better to make a difference to our energy performance. We are now acting on recommendations from our advisory report to help us improve future ratings,” said a department spokesperson. An energy efficiency plan is now being developed to help improve next year’s rating and replace equipment nearing the end of its life.

Other public buildings fared better than government offices. The National Railway Museum in York achieved an E-rating, but has the potential to achieve a B. However, getting to a B will not be easy: the museum comprises 10 buildings, many of which are old train sheds with 10 and 20m high ceilings.

John Bull, head of estates, North, said: “There are lots of things we already do to keep our energy consumption as low as possible, but the advisory report that comes with the DEC has opened up some new avenues, such as a programme for replacing some of our boilers.” He said the museum was also looking at the option of using biomass rather than fossil fuels as the main energy source.

The National Media Museum, Bradford, is another public building with an E-rating. However, it contains lots of electrically powered interactive displays. Unlike the railway museum, this building’s DEC confirms that it is already doing everything it can to manage its energy consumption and is likely to remain an E next year.

Another government department, Work and Pensions, collaborated with its facilities and energy management provider Land Securities Trillium to provide 374 DECs for its estate, which is mostly Job Centres. “Of our buildings, 57% have been rated as a D or better,” said David Pearce, sustainable development team leader at DWP. One Jobcentre Plus in Goole, Humberside, even got a B rating.

A DEC must be renewed every 12 months. Watch this space for the next round of results.