Design liability could be wider than you think

A recent case suggests the courts intend to give maximum leeway for developers seeking to put right construction defects by ensuring they can recover damages from the culpable design professionals, writes Kate Onions

The Technology and Construction Court has determined a set of preliminary issues in BDW Trading vs URS Corporation. This is a claim by BDW Trading – which owns Barratt Homes, David Wilson Homes and Barratt London – against engineering firm URS Corporation (and one other) in respect of defects arising from allegedly negligent design. 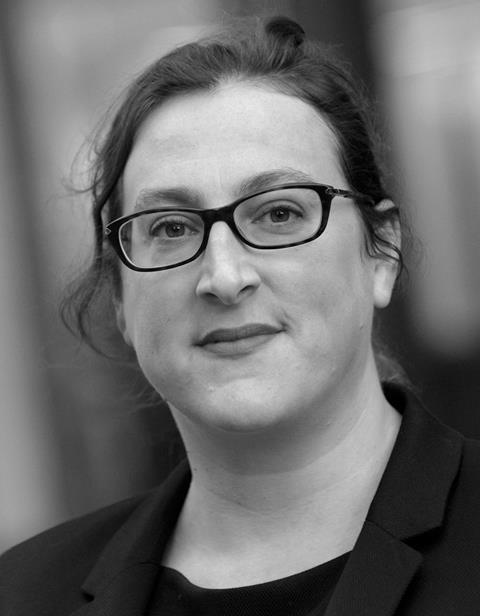 BDW had appointed URS to provide the structural designs for multiple residential properties it developed and owned. Investigations – carried out by the housebuilder post Grenfell once works were complete – revealed serious structural defects at several of the buildings, which are now said to be inadequate.

Despite no longer owning the buildings, BDW considered that, as a responsible developer, it should ensure the properties were made safe. As this meant BDW would incur considerable expenditure in carrying out remedial works, it commenced court proceedings to recover those losses from URS.

In 2019, BDW undertook investigations on a variety of buildings that used the same combustible cladding that had caused the Grenfell Tower fire two years earlier. While carrying out cladding remedial works, it noticed cracking in the structural slab of Citiscape, a 95-flat high-rise block in Croydon. After investigation, it was discovered the structural integrity of the slab was deficient; indeed the issue was so serious it resulted in an evacuation of the block and remedial works to stabilise it.

This caused BDW to carry out a wholesale review of the structural condition of a number of other properties. In one of the blocks – Ross Apartments in London’s Capital East Development – the defects were considered so serious that evacuation was also necessary. In other instances, temporary propping was used, followed by permanent works to remedy the structural defects.

Professional negligence cases such as this tend to proceed in contract due to a breach having occurred, making them more straightforward as the legal thresholds are often more clear-cut.

However, in many latent defects cases, the contractual limitation period, which is typically six or 12 years, has ended, resulting in numerous cases proceeding in tort – an act of civil wrong that results in injury, harm or loss – due to there being a longstop of 15 years from the cause of action accrued.

The court said the defendant’s liability to BDW was not contingent and that a designer was potentially liable to a developer once it had prepared negligent design, without requiring a third party to bring a claim

The issues to be decided by the court were: whether the scope of the defendant’s duties extended to the losses being claimed by BDW, whether the losses were recoverable as a matter of law in tort, and if there were any defences the defendant could successfully deploy.

Applying the guidance from a previous Supreme Court decision, Judge Fraser concluded that the defendant did not owe a duty of care to BDW to avoid damage to its reputation. If the court did take this step, it would give rise to practical difficulties and may have detrimentally affected an adviser’s ability to obtain professional indemnity insurance.

The fire protection and cladding arena is already a high-risk market for insurance – if the court were to add nebulous reputational loss as a risk, premiums would further increase and certain areas of work could become hard to insure. However, the judge concluded that the defendant’s duties did extend to other losses, such as investigation and remedial costs.

The defendant was characterising all the losses as being reputational, stating that BDW had only incurred the cost of remedial works to avoid reputational damage. However, the court concluded this was incorrect

An interesting factor in this case is that the defendant was characterising all the losses as being reputational, stating that BDW had only incurred the cost of remedial works to avoid reputational damage. However, the court concluded this analysis was incorrect and risked confusing the type of loss incurred by BDW with its motivation for carrying out the remedial work. The cost of carrying out remedial works was a conventional loss, which was recoverable, and should not be conflated with the reputational damage head of loss, which was not.

The defendant argued that BDW could have avoided the cost of remedial works as the housebuilder had a limitation defence against building owners or tenants and had carried out the works when it did not have a liability to do so.

The court said the defendant’s liability to BDW was not contingent and that a designer was potentially liable to a developer once it had prepared negligent design, without requiring a third party to bring a claim.

This is perhaps an example of the courts seeking to give as much leeway as possible for developers to do the right thing in spending money to put right serious construction-related problems by helping ensure they can recover from the culpable professionals responsible for the design.

The case proceeded on the basis of assumed facts, and in his judgment Judge Fraser noted that while he could give judgment on these, the judgment may become “wholly academic” – citing a previous case from 1980, which cautioned that “preliminary points of law are too often treacherous short cuts”.

Preliminary points of law can look very appealing at the outset, but when you drill down into the detail, they often do not actually dispose of the substantive points in the case, so it is understandable that Judge Fraser flagged this warning.

However, the guidance applied by the court, particularly in respect of how complex matters of tort should be applied to claims for negligent design, will no doubt be useful to parties involved in claims against consultants on construction projects.

While reputational loss was considered an irrecoverable head of loss for sound practical reasons, developers may take some comfort from the fact the court appears to have an appetite to support those doing the right thing. Furthermore, doing the right thing goes a long way to helping preserving reputation in any event.