Does what it says on the tin

Our contract law prizes certainty, as do our firms, except when they are on the receiving end. A recent case confirms our courts’ preference to apply contract terms strictly 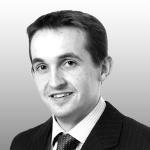 Certainty is critical to our contract law. Business people who conclude contracts benefit from knowing how, for example, a court will interpret and apply the terms they agree. If the words are clear, they will be applied even if they later seem unfortunate to one of the parties.

A recent case in point is Persimmon Homes Ltd & Others vs Ove Arup & Partners Ltd & Anor [2017]. A consortium of housebuilders engaged Arup to provide engineering services for the development of Barry Docks in Wales. Those services were wide-ranging and included contamination investigation.

When groundworks started, asbestos was encountered. The consortium claimed that Arup had negligently failed to advise it of the extent of the asbestos. It said that, as a result, it overpaid £2m for the site and incurred extra costs owing to the late discovery of the asbestos. Before deciding upon any negligence, the court considered an exclusion clause in the contractual terms agreed between the parties. The exclusion clause’s key words were: “Liability for any claim in relation to asbestos is excluded.”

The Technology and Construction Court (TCC)upheld the clause’s barring effect in December 2015 (“Clarity begins at home”, 4 March 2016, page 42). At the end of last month, the Court of Appeal affirmed the TCC’s judgment.

Some may wonder how the consortium’s case could have reached the Court of Appeal. The answer lies in rules of interpretation hewn in the mists of time

Some may wonder how the consortium’s case could have reached the Court of Appeal. The answer lies in rules of interpretation hewn in the mists of time. The courts developed these rules as protection against the worst excesses of freedom of contract. They did so before they were empowered to strike down unreasonable clauses by legislation like the Unfair Contract Terms Act 1977. While the consortium (at this stage at least) did not rely upon the 1977 act, it did rely upon two old rules of interpretation.

First, the consortium relied upon the contra proferentem rule, which dates back to the Romans. It requires any ambiguity in an exclusion clause to be resolved against the party who put it forward and relies upon it. Unfortunately for the consortium, there was no ambiguity in Arup’s exclusion clause. The Court of Appeal emphasised that the contra proferentem rule “now has a very limited role”. The message is as clear as when given to an actor in a TV soap, shortly before they get the chop.

For a contract between businesses of similar bargaining power, the courts will not artificially interpret an exclusion clause against the party relying upon it.

Second, the consortium relied upon what is called the Canada Steamship rule, after a case decided in 1952 but based on judgments going back over 150 years. The underlying basis for the rule (now) is that negligence is more serious than non-negligent, strict, liability. As a result, liability for negligence is only excluded when it is clear that the parties specifically intended it from the words used or the circumstances. This is another rule which our courts would gladly not see making special guest star appearances when interpreting commercial contracts. The Court of Appeal suggested that the rule should not apply to exclusion clauses (when A excludes his liability to B) and should be marginalised to indemnities (when B must compensate A for the consequences of A’s own negligence). In any event, it mattered not: Arup’s exclusion clause clearly covered any negligence in relation to asbestos.

So, where does this leave us?

First, our courts’ strict approach to contractual interpretation assumes that parties who take on particular risks, allow for them in the price (and might insure, or self-insure, against them). This assumption is a fiction, for competitively tendered building contracts (to take one example), but it is a necessary one.

Second, many adjudicators seem to interpret contracts with less strictness than our courts to achieve what they perceive to be a fair result. This may prompt claims like the one brought against Arup to be adjudicated, at least in the first instance.

Third, many other legal systems in the EU and beyond give greater force to the contra proferentem rule and would not apply Arup’s exclusion clause if the consortium could show gross negligence. The closest our courts come is suggesting that exclusion clauses cannot apply to wilful default or other radical breaches of contract, unless they expressly say so (A.Turtle Offshore SA & Anor vs Superior Trading Inc [2008]).

We are clearly moving farther away from other legal systems in the certainty versus perceived fairness spectrum. This contributes to the use of English law internationally, which brings economic benefits for UK plc. It also benefits contracting parties with the greatest bargaining power. However, those businesses with lesser bargaining power will have something else to say about it – that too is certain.