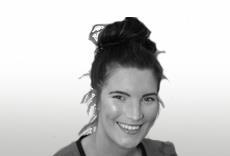 This is a Scots Law case concerning the enforcement of an adjudicator’s decision for an alleged breach of the rules of natural justice and apparent bias; failure to exhaust remit; ultra vires; Wednesbury unreasonableness and internal contradictions; and lack of adequate reasoning.

Morris & Spottiswood Ltd (“M&S”) was the main contractor employed by Historic Scotland to carry out building works at Stirling Castle. SW Global (“SW”) was a subcontractor. The subcontract was formed by correspondence and a purchase order which the parties agreed was a construction contract within the meaning of the HGCRA.

In November 2010 SW referred a dispute over disruption costs and loss and expense to adjudication and Mr John Bell was appointed as adjudicator. He rejected M&S’ challenge to his jurisdiction on the ground that the issue referred to him had been decided in a previous adjudication by Ms Janey Milligan. He determined that the previous decision related to an interim application for loss and expense and consequently awarded SW £73,303.16 plus interest. In this action SW sought to enforce Mr Bell’s decision. M&S argued that Mr Bell’s decision was a nullity on the following five grounds:

The judge ruled that Mr Bell had not breached the rules of natural justice on the basis that he had used his own knowledge and experience to assess the parties’ contentions between their respective positions. It was also decided that there could be no inference of bias, particularly given that Mr Bell had awarded SW a significantly lesser sum than that SW had claimed and rejected some of SW’s claims due to a lack of adequate documentation.

The submission that Mr Bell had failed to exhaust his remit was rejected on the basis that his decision was founded upon the fact that clause 46.3 had not been incorporated into the subcontract and as such constituted an adequate reason for his decision. The judge rejected the claim that Mr Bell had failed to address the culpable delay contention that M&S advanced. In any event, the presumption of regularity also led the judge to reject this ground of challenge.

The court also rejected the argument that Mr Bell had acted ultra vires as he had simply referred to the previous decision, he had not stated that he was bound by it or treated himself as bound by it when reaching his own decision.

The judge dismissed the allegations that Mr Bell had acted irrationally. Mr Howie (defending) accepted that it was unusual to challenge the decision of an adjudicator on the ground of unreasonableness as the process of adjudication leads only to an interim resolution of disputes and the adjudicator may make glaringly obvious errors of law and fact within his jurisdiction. He submitted that an exception arose where an adjudicator reached a decision which involved internal contradictions in his reasoning. Logical inconsistencies in an adjudicator’s decision provided a ground for review. While the presumption of regularity and propriety prevented most Wednesbury challenges, such a presumption had to give way to demonstrable irrationality. Mr Howie submitted that, while the court was reluctant to scrutinise closely the interim decisions of adjudicators, a blatant internal contradiction was a species of Wednesbury unreasonableness to which it would have regard.

The court reasoned that in the context of adjudications, where the adjudicator is asked to make interim decisions under tight time constraints, the Wednesbury ground of review will be applied, if at all, only where the mistake has the hallmarks of irrationality of which Lord Diplock spoke in CCSU v Minister for the Civil Service [1985] 1 AC 374, at 410. Mr Howie’s complaints were not found to meet that standard, accordingly, this ground of challenge failed.

Finally, the court rejected the argument submitted by Mr Howie that Mr Bell had failed to give any reasons for his decision in relation to delay. The parties to the adjudication had presented him with the material to make the determination. He accepted SW’s submission as to the effect of the eight delay events on which it founded and rejected M&S’s claims of culpable delay as insubstantial.

Although this judgment is fact specific and does not include any new law, the line of reasoning in relation to Wednesbury reasonableness may be of interest to practitioners. It is uncommon for this public law test to feature in arguments in enforcement proceedings in regards to the conduct of the adjudicator, although it has been dealt with by the Scottish courts previously (Ballast plc v The Burrell Company (construction Management) Ltd [2001] ScotCS 159). This is due to the fact that the Scottish Courts consider adjudication by way of judicial review. Although not currently available, some commentators have suggested that the same argument should be available in English enforcement proceedings.