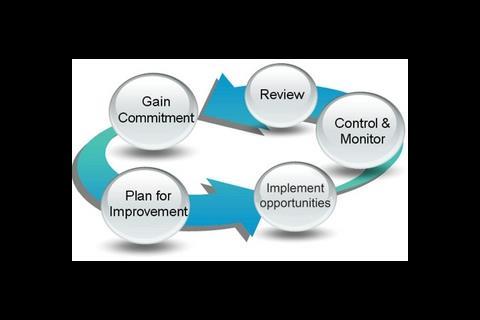 Figure 1: five stages in the implementation of a cEMS 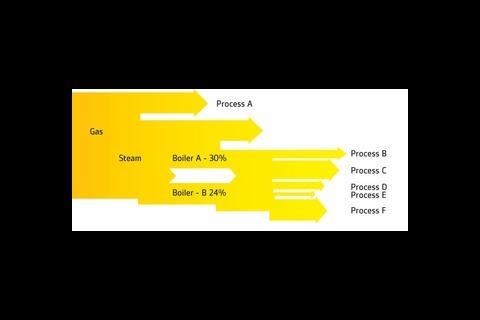 Figure 2: typical Sankey diagram for a gas and steam process flow to show where energy is consumed 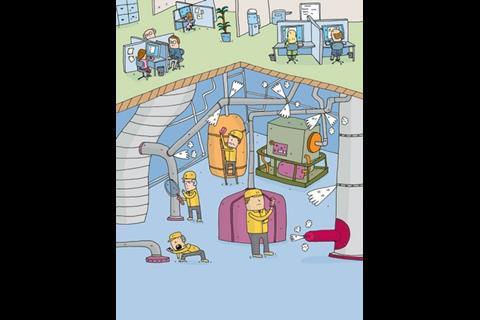 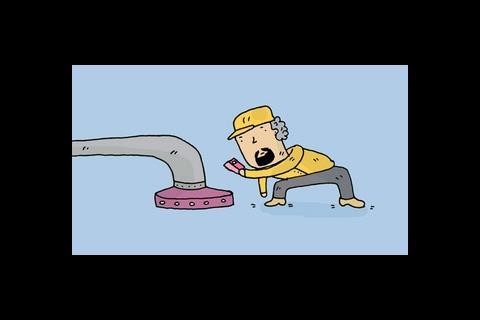 The European Union is developing an energy management blueprint based on an Irish standard. Elmer Morrissey outlines how it works

Voluntary energy management standards have been developed by a number of European countries to help companies to cut fuel use and costs and improve their business performance. The success of these initiatives has encouraged the European Union to develop a standard, EN 16001, which is due to be published this year, and an ISO is expected within two years.

The European blueprint will largely be based on IS:393:2005, the Irish energy management standard, voluntarily taken up by many companies. A certified Energy Management System (cEMS) provides a way for large organisations to embed energy efficiency in their modus operandi – in design, installation, commissioning and operation.

For many Irish companies, environmental altruism and corporate social responsibility were the initial drivers for the introduction of cEMSs. While a reduction in the company’s carbon footprint is often achieved, the spirit of the standard is business continuity. In essence, EN 16001 will encourage innovation in energy efficiency, which will increase the competitiveness of certified companies by reducing their energy consumption and hence associated costs. It is for this “good business” reason that Irish companies have invested the time, resources and money in the development and operation of a cEMS.

Like all other standards (environmental, quality, safety, etc), however, EN 16001 consists of exacting clauses requiring the company to demonstrate “proof of compliance” to a third-party certification body. The resources required mean that a cEMS is typically implemented only in organisations with energy spends of more than €750,000 (£580,000).

Less formal, non-certified energy management systems would be appropriate in organisations with lesser energy spends, although the cut-off point is case-specific and depends on the motives for implementing the management system.

EN 16001 is an engineering standard underpinned by the familiar and proven structures of ISO 14001, the international environmental management system standard. Meeting its varied requirements on an ongoing basis is not a menial undertaking.

The complex nature of energy use in large companies means that to maintain a cEMS beyond the inaugural year, three supporting pillars are necessary:

Without all three of these pillars, the energy-saving potential of the cEMS is severely limited and often stalls within a short time.

There are five stages to a cEMS (see Figure 1). Commitment from the highest level within the organisation is essential as barriers to success will inevitably be encountered, and senior management support will be essential in overcoming them.

An energy policy should be formulated outlining senior management’s dedication to a programme of structured energy reduction and to continuous improvement. The interlinkability and continuous nature of the cEMS should be emphasised in the annual senior management reviews. These reviews, examining the successes and failures of the cEMS, should highlight interdepartmental involvement as they steer the cEMS for the coming year.

The “plan for improvement” stage is the cornerstone of the five-step approach as it establishes why, where and how the cEMS will manage energy usage and achieve objectives and targets for the forthcoming year.

There are a number of elements to the “implement opportunities” phase. Most importantly, projects cannot be carried out in isolation. With the responsibility for initiatives in the energy management programme assigned to key stakeholders, the energy team can objectively and regularly review projects to ensure the implementation team are on schedule and adequately resourced. Any changes to project status are subsequently updated in the energy management programme.

Another big consideration for any large company is an energy awareness campaign. Although it is often considered a “soft” element of the cEMS, its importance cannot be overstated. It is vital that such campaigns fit into the cultural identity of the company and identify with its personnel onsite. For example, specific initiatives aimed at people responsible for historically wasteful energy conversion devices can be an easy win.

There are two key elements to the “control & monitor” stage. The first of these is adequate monitoring and targeting (M&T) of the significant energy usage areas identified in the annual reviews. Control limits are set and monitored for significant energy using equipment or processes in the organisation. These limits, based on periods of optimum performance, act as an early warning of inefficiency and the need for corrective action. Any such action should be documented.

The second key element is regular system auditing. Each procedure and method within the cEMS is “self-checked” periodically. Personnel carrying out these internal audits stay informed of best practice techniques and relevant legislation so that the system is constantly refined. As with any certified system, certification is performed by third-party bodies, usually annually. This external certification re-examines all aspects of the system before recognising another year of judicious energy management on the part of the company.

Regular internal and external reviews are carried out on the technical and systems aspects of the cEMS to ensure the company is building up a knowledge base of judicious energy management. These consist of operational reviews of both the system and the significant energy using equipment refined operation (during the energy team’s internal system audits), a high level company strategic review (during the annual management review) and external cEMS audits (during the annual recertification). This continuous improvement of the system is critical to its success, with any improvements identified during these reviews used to refine operation.

An energy management standard like IS393:2005 or the proposed European standard EN 16001 is not just extra paperwork. It is an engineering standard supported by a flexible and proven systems structure. Although this may seem an unlikely marriage, it has shown itself to be the vehicle which continues to increase Irish industrial energy efficiency and hence competitiveness. In all likelihood, it is the annual certification that has maintained the momentum of the system and ensured that energy management does not become a sideline issue during the cEMS development.

From experience, a cEMS:

Developing a cEMS does not happen overnight. Adequate resources must be made available to achieve its potential. However, Irish industry has achieved significant benefits from energy consumption reductions and associated business cost decreases since its embrace of an energy standard. In an increasingly competitive global business environment, where a lack of security of energy supply is resulting in highly volatile energy price fluctuations, this competitive edge could be the difference between success and failure.

Benefits of a cEMS

Aside from the environmental and monetary benefits, experience has shown that a company will often reap additional rewards from implementing structured energy initiatives.

In an effort to reduce the electrical demand of a boilerhouse at a large industrial facility, a variable-speed drive (VSD) was retrofitted to replace the fixed-speed combustion air fan and damper arrangement.

Once installed, the boilerhouse noise level was significantly reduced, resulting in the noise classification being downgraded to an area not requiring ear protection.

So, as well as the reduction in the carbon footprint and the lower operating cost of the boilerhouse, the VSD project produced additional cost savings, because the area was no longer subject to noise testing and annual noise safety audits, and ergonomic enhancements for employees as it was a quieter place of work.

Energy management used to be the hobbyhorse of the utilities manager at a pharmaceutical facility. It was an ad-hoc approach to energy management which, though commendable, was limited to short-lived bursts of activism carried out in isolation from any other department within the organisation.

As the years went by, and the easier options had been implemented, successive energy projects became harder to identify and past mistakes were being repeated as new additions to the plant were not examined by an energy specialist. In this case, the company’s “second pillar” – technical proficiency – was inadequate and drastically in need of extra resources in terms of additional personnel involvement and interdepartmental communication.

The company began addressing this issue in 2006 and developed a certified Energy Management System (meeting the requirements of the Irish Energy Standard). During several months of cEMS development, energy projects took a back seat as the required procedures and methods were embedded into the company’s operating procedures. During these early stages, the many benefits of a structured approach to energy management began to emerge. For example, the detailed review of all energy usage identified the treatment of waste water as the most significant energy user. This came as a surprise to the newly formed energy team as the process had gone unexamined and unchecked during the previous energy management campaign. As a result, this area became a key focal point for energy initiatives for the company within the structures of the cEMS.

Additional benefits were also secured by meeting the requirements of the energy standard, including a new cross-departmental support structure. All stakeholders now actively participate in the cEMS. Cross-pollination of projects employing the expertise within the company is brought to the fore and information is disseminated across the organisation. This culture of exchanging energy saving ideas results in a continuously improving cEMS.

Energy demand reductions are back on target and it is estimated that a 3% reduction per year for the next five years is a realistic target. Such savings are not insubstantial considering the annual energy spend is more than €3 million.

As with any perceived change to the status quo, a cEMS will always encounter resistance.

Its structured management requires extra effort and, all too often, individuals within companies voice arguments such as: “if it ain’t broke, don’t fix it” in relation to pieces of equipment; “that’s a quality issue” in relation to examining processes; or “I'll fix the valve, but I'm not filling out the paperwork” in relation to energy projects.
This situation will suffice in terms of maintaining operations, but will not lead to continuous improvement of energy management in the company as the problem will recur if a root cause is not established.

Elmer Morrissey is an environmental consultant with RPS Group