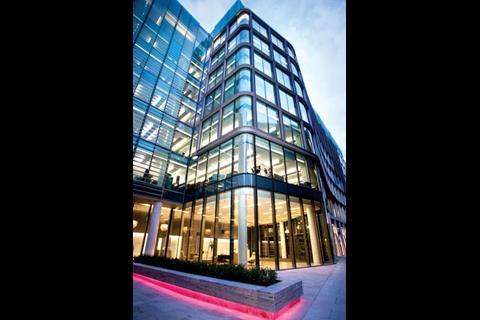 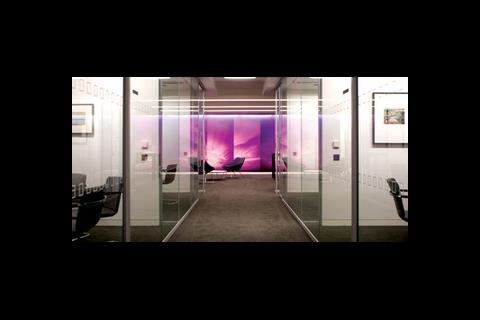 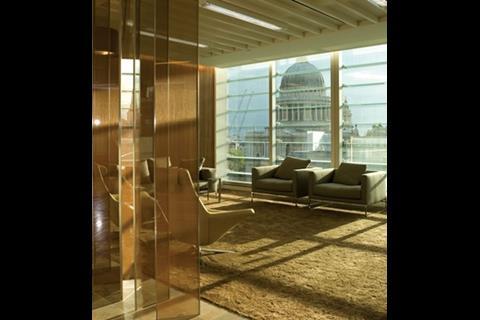 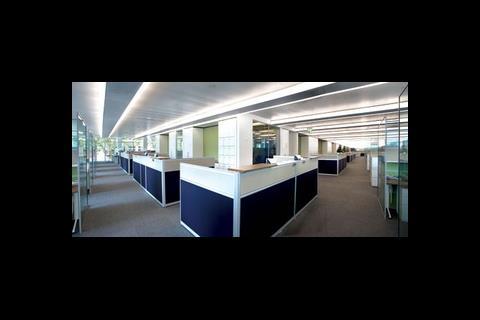 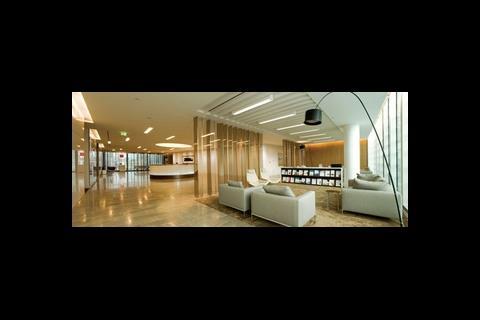 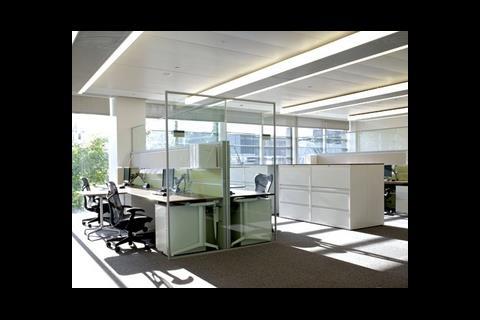 Law firm Eversheds wanted its new HQ to be green, open-plan – and still provide privacy. Krystal Sim finds out how the services met the brief

Lawyers are not renowned as a radical bunch, so Eversheds’ decision to opt for open-plan offices in its new City headquarters was a bold one for a profession where privacy and confidentiality are important.

Not only did the firm want to do away with cellular offices, but its desire for an “environmentally pure” building meant there would be no background noise from fan coil units to mitigate the sound of pins dropping. So services engineer Chapman Bathurst installed an acoustic masking system that has allowed Eversheds to enjoy a brave new world of open-plan working and chilled beam cooling.

The firm’s 14,900m2 HQ at One Wood Street, off Cheapside, project-managed by Capita Symonds, showcases its green sensibilities. Cornelius Medvei, London senior partner, says: “Lawyers are very conservative in many ways, but they also have strong social consciences, so things like being environmentally friendly sell new ideas very well and people go further than they would in other circumstances.”

Eversheds’ previous home was Senator House, also on Cheapside. A few years ago the practice was faced with the choice of refurbishing it or moving. “Senator House was tired and didn’t really meet our requirements any more,” Medvei says.

The firm was particularly keen to have an open-plan workspace to stimulate professional creativity. “Your intellectual capital is important; you want people to be meeting, talking and exchanging ideas,” Medvei says. The solution was to use glass partitions around workstations, creating individual “legal studios”, with multifunctional ancillary spaces.

“The feedback we’re getting from staff is that we’ve given them the space they wanted. They have the privacy but they also have the openness – they can see everyone, what’s going on. It’s been quite a cunning solution to a conundrum.”

The open-plan layout lent itself to chilled beam cooling, which is expected to cut CO2 emissions by about 15%. Traditional fan coil units have been used on the more conventional, but still multifunctional, floors used for client meetings.

In the absence of fan coil background noise, the services strategy had to find a way to maintain privacy in the legal studios area. The solution was an acoustic masking system using “pink noise”, which produces a muffling effect by introducing a background noise. Also, the glass partitions around the studio workstations help reflect sound, directing it into the ceiling.

“When you’re trying to concentrate, the most distracting thing is one person talking, so the idea of pink noise is to introduce noise to break up that stark sound,” Medvei says. “It’s a component of parts. Even without chilled beam, we would have still needed something, and the pink noise addresses those issues.”

One Wood Street’s green credentials are enhanced by intelligent lighting systems, sustainably sourced materials and recycled carpeting. Outside, the largest green roof in the City – 1650m2 of sedum – was installed by the developer, Land Securities.

The building was originally expected to receive a BREEAM rating of “very good”, but Eversheds is confident that the rating will prove to be “excellent”.