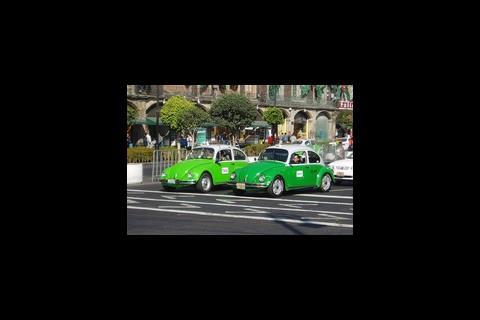 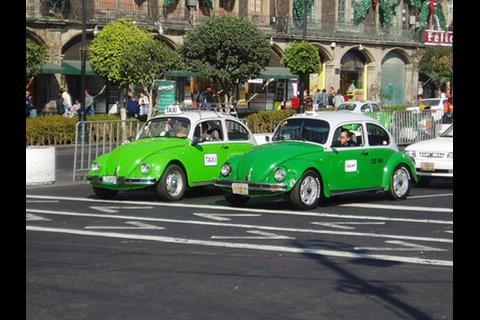 Street crime is a problem, so be careful when taking a taxi in Mexico City 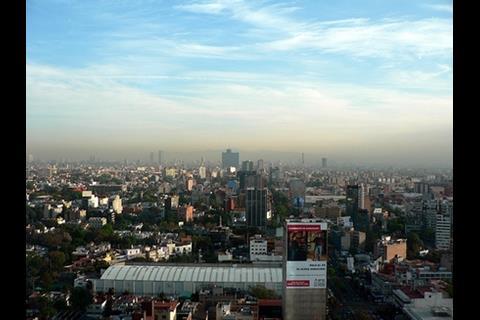 An overview of Mexico City

To gain a share in the mass of infrastructure work, perfect your business lunching – but remember to have a snack first

Very few UK companies are in Mexico, despite the massive opportunities. “There is a perception that due to the historic presence of Spanish companies, UK companies will find it difficult to break into the market. But in reality, UK expertise is highly regarded,” says Santiago Klein, managing director of McBains Cooper's international business. His company is working as a consultant in Mexico. Other British consultants in the county are Currie & Brown, Mott MacDonald, and Scott Wilson.

The Mexican government is your key contact. It has committed £168bn to pay for building roads, railways, airports and ports, as well as projects in telecommunications, water supply and sanitation, electricity, oil and gas production, refineries and petrochemicals.

With the government's commitment of big funding for infrastructure growth, this is a promising sector to get into.

The best time for meetings is between 10am and 1pm; and lunches, rather than dinners, are the traditional form of business entertainment. Grab a snack before because they usually don't start until 2pm. They can last up to four hours, with little time actually devoted to business, but are an essential part of establishing a personal business relationship.

Tipping is commonplace and not just reserved for waiters. Service industry workers earn modest wages and rely on tips to supplement them. Expect to give a small tip (referred to as “la propina”) to bathroom attendants and hotel porters. Foreign tourists should leave 10% when dining; smaller tips are fine for other situations.

Crime is on the rise, so be streetwise. Don't drop your guard when taking taxis or be careless when withdrawing money from cash points.

As in most Latin American countries, football is a massive part of the culture in Mexico. But so is food, which tends to be a big social or family event. Mole, referred to by many as the national dish, is a mild to medium spiced sauce made with cocoa and a hint of peanut over meat, usually served with shredded chicken (“Pollo en mole”). As you would imagine, there is plenty of tequila, but this stuff is more refined and of much better quality than the morning-after head-pounding variety served in the UK. Other local spirits include tepache, made from pineapple, and tuba, made from the coconut plant.

Looking smart is important when you're doing business in Mexico. Men should wear a conservative dark suit and tie in grey or navy, with a white or light blue shirt. A white shirt is more formal and should be worn when the formality of the meeting dictates. Jeans are generally not worn. For women, tight or low-cut clothing is never appropriate. Women should wear a dress, classic suit, or skirt and blouse.

On average, a pint will set you back about a £1, but expect to pay a lot more in Mexico City.

The legal system is not, so be careful – see below.

Penalties for breaking the law are severe. It is illegal to drink alcohol in non-designated public areas, and if a foreigner takes part in political activities they can be deported. Drugs offences will land you with a lengthy jail sentence. Conditions are poor in prisons and food is often insufficient in both quantity and quality. So keep it legal!

“Salud” (Cheers); “Me gustaría tener una reunión con...” (I'd like to arrange a meeting with…); “El campo fértil no descansado, tórnase estéril” (The unrested fertile field turns sterile – in other words, all work and no play makes Jack a dull boy); “Le patina el coco” (His coconut slips – meaning somebody has a screw loose).

Foreign Office advice
“Most visits are trouble-free, but crime and kidnappings continue. You should be particularly alert in tourist areas (especially on public transport and when dealing with real or purported policemen) and exercise caution when exchanging or withdrawing money.”