Are these schools really a priority?

After six months of delays the Priority School Building Programme could be accused of failing to live up to its name. So when will the tenders finally be released? And is there a risk the Treasury’s PFI review will hold up some schools still further? 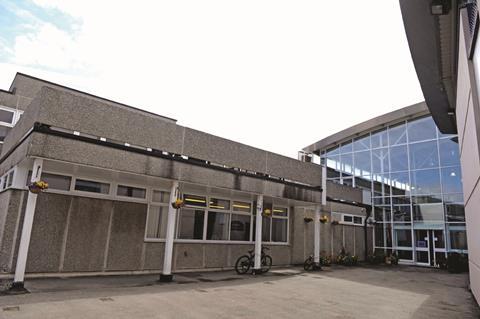 The government’s Priority School Building Programme, the much-awaited successor to the scrapped £55bn Building Schools for the Future initiative, has gathered far more headlines than you might usually expect for a scheme that, more than a year after first being announced, is yet to get off the ground.

The decision on which schools would be included was put back by months before eventually being made public in May, as delivery body the Education Funding Agency struggled to deal with a deluge of almost 600 applications from schools. And when the announcement came, it was accompanied by the surprise revelation that the planned PFI route would be supplemented by £400m of direct funding, taking the budget from £2bn to £2.4bn.

For construction firms attempting to plug the gap left by the BSF cancellation, enthusiasm for the programme has been severely tempered by exasperation at both the time taken for it to get off the ground - it is now more than two years since BSF was stopped - and an apparent lack of clarity even now over detail on how, and when, the work will come to market. So what is the latest on the programme that everyone is talking about, but no one seems able to touch?

When will the first Priority Schools Building Programme schemes come to market?

The first three batches of directly funded schools are expected to be tendered this autumn, most likely in October. It is expected that the first batches of PFI schools will not be procured until the start of next year - although this has not been officially confirmed by the Department for Education.

How delayed is the Priority Schools Building Programme?

The government announced the 261 schools to be included in the programme in May this year, five months later than originally planned. Although it never officially stated a date for tendering the schemes, based on its original timeframe for revealing the schools to be included, the market expected the first schemes would be tendered in April 2012, making the programme now around six months late.

How will the directly funded schemes be procured?

The 42 directly funded projects, worth around £400m in total, will be procured through the existing academies contractors framework managed by the Education Funding Agency (EFA). The projects will be procured in batches.

How will the PFI projects be procured?

The Department for Education (DfE) has said that the 219 PFI schools will be procured in 20 batches, with around four batches procured a year for each of the next five years. Each batch is expected to include between five and 16 schools, with a mix of primary and secondary. The capital value of batches will range between £50m to more than £100m depending on the schemes involved. According to a tender document released for a legal adviser to the programme, each batch of schools will be procured through competitive dialogue in a process that will take around one year from OJEU to financial close. Three bidders will be taken to dialogue stage for each batch.

What risk is there of further delay to PFI projects?

The ongoing delay to the PFI element of the programme is due to pressure on the DfE to take account of the wider government PFI review in setting up the programme - and that review still has not yet been concluded by the Treasury. If, as expected, the review is published this autumn, any further delays should be minimal. However, it is understood that officials have encountered a further complication in procuring PFIs as some of the schools on the list fall under the scope of existing PFI contracts - making the process of creating additional deals legally complex.

The market expected the first schemes would be tendered in april 2012, making the programme around six months late

It is unclear how the DfE intends to resolve this issue, and that could affect the timetabling of the schemes affected. A DfE spokesperson said: “Where schools in the PSBP already have private finance contracts in place, and any new building work would require a change to the existing contract, discussions will follow with the appropriate parties.”

Is there any chance that more schemes will receive direct funding?

The DfE’s annual capital budget has been reduced by 60% overall between 2011 and 2015 meaning that there is already immense pressure on capital funding, and there is no expectation of further direct capital being put towards the PSBP. That said, it somehow found £400m (from “careful husbandry and a thorough review of capital budgets”) to get the Priority Schools Programme off the ground in the wake of delays to the PFI programme - and with an election now closer on the horizon, any other unforeseen major delays to the programme would mean that it would be likely to do anything in its power to find more cash. Another point to note is that although the DfE has listed the 42 schools it expects to give direct funding, officials have left open the possibility of swapping these with some in the PFI list if they believe that that funding method is better suited.

How far will standardisation be used in PSBP designs?

The government has stopped short of procuring set standardised designs for schools, but the design guidance it is putting in place will heavily favour a standardised approach. It is expected to publish imminently a baseline design information pack, which bidders will be expected to follow apart from exceptional circumstances. The pack will contain details including area schedules, 1:200 floorplans giving suggested layouts, and output specifications. In addition, bidders under the PFI part of the programme will be asked to design one primary and one secondary school, “with these designs being required to be capable of being rolled out as standard for the subsequent schools in that batch with adaptation where necessary”.

The view from the Education Funding Agency 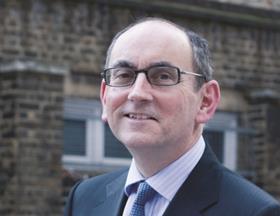 The phrase “start of term” which punctuates most conversations in the education world at this time of year, suggests gearing up for a new period of activity. As an organisation responsible for the allocation of funding and the delivery of capital projects to the tune of £52bn each year, there’s been no letting up for the Education Funding Agency (EFA) over the summer.

This is particularly true of the EFA Capital team, led by Mike Green, which has been busy preparing for over 50 Free Schools to open, for condition surveys to take place in thousands of schools and sixth form colleges nationwide, and of course taking forward the Priority School Building Programme (PSBP).

Following the much-anticipated announcement of the PSBP in May, the EFA’s project directors have been undertaking feasibility studies and preparing business cases for those schools where building works will start first, preparing for the imminent publication of baseline designs, continuing dialogue with funders, and meeting with contractors to exchange ideas.

All of us in the EFA are keen to see work starting on sites as soon as possible - after all, this is exactly what we’re here to deliver. Work has continued to group the 261 schools in the programme into batches to ensure we create projects that are commercially attractive, drive strong competition and that have a geographical coherence which will enable contractors to provide an effective service once the school building project is complete - and of course the best possible price at tender.

Progress on PSBP, and satisfying the desire to see capital building happen quicker and deliver better value than before, will be the big ticket item on which the EFA’s end of term report will no doubt be graded. We are determined to aim for A* by working closely with our industry colleagues.