How Canada took the if out of PFI

While the UK government tries to work out what to do with the controversial procurement route, the Canadians have created a version that transacts deals in half the time and gives the market far greater cost certainty. But could their approach work here?

The UK has a track record of developing new ideas only for the rest of the world to do them better: think of football, fizzy drinks and hand-held computers. Now it seems that to that list you can add the private finance initiative.

The UK was the first country to make widespread use of the concept, from 1992, but now the sector is essentially on hold while the government deliberates over how to reform it. In the intervening years other countries, notably Canada, have taken the idea and improved on it. Which means that UK policy makers are now crossing the Atlantic to see what they can learn from Canada’s version, known as P3.

It’s not hard to see why they might look there for inspiration. While the once-strong flow of PFI deals in the UK has dried to a dribble, the value of P3 deals reaching financial close is growing. According to the Canadian Council for Public-Private Partnerships, there are 176 P3 projects in various stages - procurement, construction, operation - representing a total project value of more than Can$57bn (£36.3bn). Research organisation the Conference Board of Canada says up to 15 P3 projects worth between $3bn and $6bn reach financial close each year. In 2011 this figure reached $7bn, more than double the value of projects in the UK, as government activities to stimulate the Canadian economy, such as the $1.2bn PPP Canada Fund to support infrastructure projects, bore fruit. So what can the UK’s languishing PFI sector learn from its booming Canadian cousin? 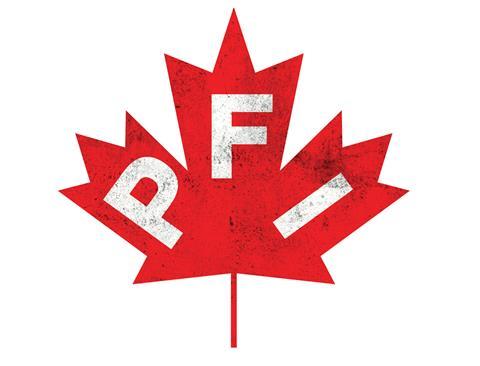 One reason why P3 deals have continued despite the credit crisis is that the economic downturn hit Canada less hard than many other countries, meaning both its financial and public sectors have comparatively more to spend. Canada’s GDP performance has outstripped the UK’s every year since 2008, according to the World Bank, and it expanded by 2.5% last year when the UK economy grew by just 0.7%. Canadian GDP has also continued to grow this year while the UK has slipped back in to recession. But P3 also has features that can make the process quicker than PFI and give the market greater confidence.

Firstly, the deals are usually done by an experienced central procurement body in each province working very closely alongside the client organisation, eliminating the problems associated with one-off inexperienced clients, and meaning that all procurers know what they are doing. Each province has a slightly different flavour of P3. For example Alberta Infrastructure looks for the cheapest price that meets its criteria while Partnerships British Columbia picks the project that gives it the most for a fixed price.

Not many projects have been operating for a long time. to judge value for money you need to see how they operate for five or ten years

The procurement bodies publish pipelines of projects, which help contractors to plan, and once initiated most projects go ahead, which gives the market further certainty. “Transaction risk is greatly reduced and from a market perspective that is encouraging. There’s a commitment to getting things done and to the process,” says Brad Watson, partner and national practice leader for global infrastructure advisory at KPMG in Canada.The procurement process usually involves an open request for qualification, a shortlist of typically three bidders that submit proposals, confidential meetings with the shortlisted bidders to hammer out the project agreement, followed by the selection of the winner. Documentation in each province tends to be much more standardised than in the UK and all shortlisted firms have to have their financing committed, which also helps deals to progress quickly.

This means that overall it is about twice as fast to procure a P3 in Canada than a PFI deal in the UK. Several firms working in both markets said a P3 takes around 12 months from request for qualification to financial close while a UK deal would take 24 to 30 months.

“The costs of bidding in Canada are probably half just on the fact it takes half the time. The more complex the project, the greater the bid costs but it is a significant reason why a lot of European PPP developers have set up shop in Canada,” says Dominic Leadsom, director at Turner & Townsend in Canada. He adds that the procurement body makes an honorarium payment to the losing bidders to cover part of their costs which he describes as “not a significant sum but helpful”.

Financing is also different across the Atlantic. Banks tend to fund the construction phase and are repaid in the early years while institutional investors are involved for the 20-30 year duration of the concession. “The institutional investors take additional comfort from the due diligence the banks have done,” says Anurag Gupta, associate director at KPMG, who helped establish Infrastructure Ontario, the province’s P3 procurement body.

The biggest difference is that it is the public sector client that repays the construction debt to the banks, cutting interest costs on this money from private sector rates to lower public sector levels. In the UK, bank debt is often refinanced in the private sector rather than repaid after a similar period. This is because the primary motive in the UK behind PFI has always been to avoid further government borrowing for public sector capital projects. Not so in Canada. Gupta says that P3s are instead designed to transfer risk to the private sector and get better value for money compared with a publicly financed deal.

Transaction risk is reduced, which is encouraging for the market. there’s a commitment to getting things done

The idea of paying off the debt in the years of the project came about around 2008 when the global financial crisis meant debt became less available and more expensive, but has been maintained. “It meant less private sector debt had to be put into the projects and projects continued to close,” says Leadsom.

Despite concerns that some equity partners might shy away from such a set-up in the UK because it would reduce their returns on the deal, it has been used in the UK on the £530m Nottingham tram project and was described as “one of the most attractive pieces of lending” on the scheme by David Finch, managing director at Vinci Investments.

The lifecycle maintenance payments made by the client to the P3 operators are also done differently in Canada. Instead of making regular payments to be spent later when maintenance is required, the government would make these payments as the need arose. “It reduces financing costs,” says Gupta. “Government is reserving the money on its balance sheet where it
is cheaper.” 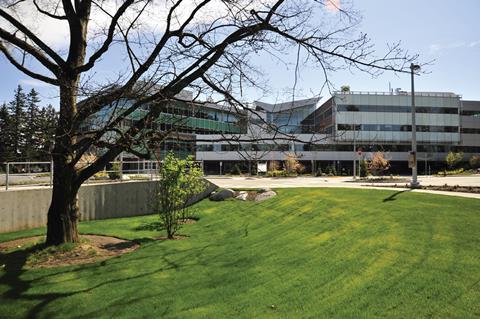 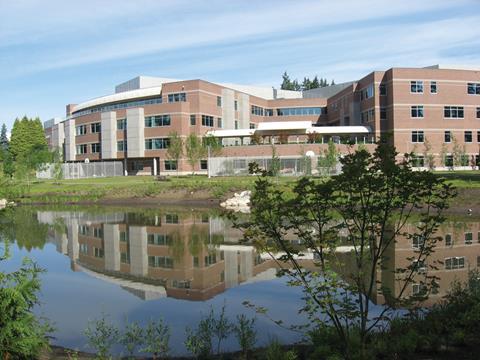 Firms involved in PPP on both sides of the Atlantic say P3 is far less of a political hot potato in Canada than PFI is in the UK. “There is questioning about cost of private finance,” says Gupta. “It is healthy debate but not vociferous opposition.” The UK scepticism about PFI is due to the debt burdens it created for some public sector bodies, the costs of contract variations, doubts about value-for-money calculations and the large profits made by the private firms from refinancing, which were not shared with the public purse, at least initially.

“Refinancing gains are shared between the public and private sectors [in the UK] and have been for some time,” says Gary McCarthy, director at WSP. “Canada put that into its model.”
Canadian P3 has plenty of lessons for the UK PFI system, but which of these can be taken home? Turner & Townsend’s Leadsom praises the Canadians’ willingness to look beyond the design-build-finance-maintain model used in the UK to other types of deals, such as design-and-build only, if they are better suited to the scheme. He also thinks published pipelines of work could be useful.

Vinci’s Finch applauds the Canadians’ keenness to get projects fully scoped before procurement as well as the use of standardised documents. “They are confident procurers - they know what they want, how they will go about it and work to their stated timetable,” he says. “We can plan as a business then.”

The Canadians are confident procurers - they know what they want, how they will go about it and work to a stated timetable

However, instantly duplicating the entire Canadian model here would not work. For starters, we do not have provincial governments, so the notion of centralised procurement would have to be different. And while the UK government would love to get more institutional investment in infrastructure and has pledged to underwrite private finance for up to £40bn of projects, it may have to wait a while before institutions feel ready to get on board. “In Canada the investors have been doing it for a number of years, they understand it and are comfortable with the risk profile,” says McCarthy.

A key factor in deciding whether to adopt some of Canada’s innovations is whether they cost less or result in a better value project. There are no notable studies comparing the cost or value of the UK and Canadian systems. However, quicker procurement times and margins on bank finance in Canada that are around half those in the UK should help to keep costs down.

While UK contractors are largely positive about P3 - particularly in comparison to PFI - Canadian projects need to be operational for a bit longer before its success can be judged. “Not a lot of projects in Canada have been operating for a long time,” says Leadsom. “It is one thing to say they were constructed quicker and cheaper but to establish value for money you need to know how they operate for five to 10 years.”

The 300-bed Abbotsford Regional Hospital and Cancer Center in British Columbia, which opened in summer 2008, replaced an existing hospital built in 1963. The new facility was built through a P3 deal covering design, construction, financing, building maintenance and facilities management of the new hospital.

The procurement of the project, managed by provincial procurement body Partnerships BC, began with a request for expressions of interest in January 2003 and reached financial close in November 2004.

Four bidders expressed an interest, made proposals and reviewed the draft project agreement to check for deal-breaking clauses early on. Two bidders were chosen for confidential meetings with the client, with an agreement that the losing team would be partially reimbursed for the cost of developing its bid. One of the bidders dropped out so Partnerships BC continued with negotiations but put greater emphasis on the comparison of the price of the remaining bid with an estimate for procuring it through the public sector. The project was won by Access Health Abbotsford, which included construction firm PCL Constructors, ABN Amro Bank, facilities managers Johnson Controls and Sodexho.

A report by Partnerships BC, which public spending watchdog the auditor general for the province deemed “fair”, said the capital costs of the project were Can$355m (£226m) compared with an estimated $369m had it been procured as a public sector project. The estimated costs of the deal over its 33 years were $424m, compared to $463m had it been a public sector scheme.