Image of the week: How does your building grow? 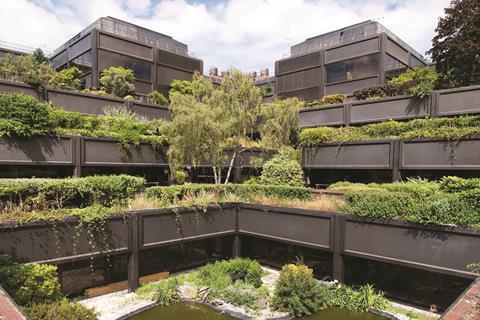 Mountbatten House (formerly Gateway House) in Basingstoke, designed by Arup Associates and garden designer James Russell, is one of 14 post-war office buildings that English Heritage announced earlier this week had been given listed status. Built in 1974-6 and known locally as “the hanging gardens of Basingstoke” both the building and garden have been listed at Grade II.