Image of the week: In safe hands? 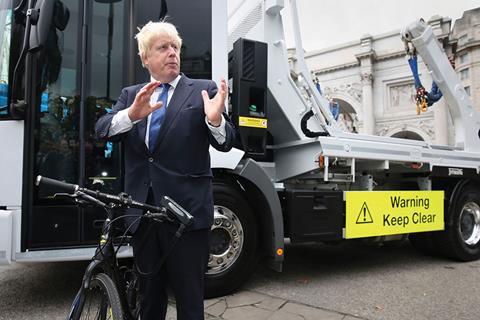 London mayor Boris Johnson at the launch of the UK’s first safer lorry scheme at Marble Arch, on Tuesday.

Lorries – including HGV vehicles carrying materials and equipment to construction sites – without safety equipment will be banned from London’s roads to protect cyclists and pedestrians.

A 2013 Building article suggested that a disproportionate number of cyclist deaths in London were caused by construction vehicles without appropriate side guards.