Image of the week: On top of the world 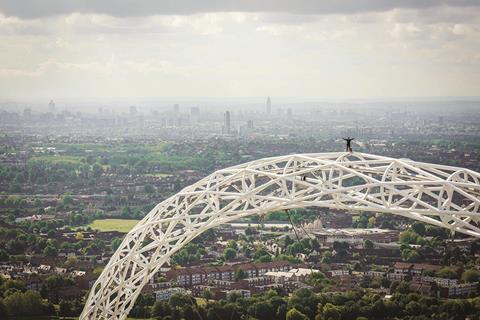 ‘Urban adventurer’ James Kingston stands, 130 metres above the ground, on top of the Wembley Arch in London on Tuesday.

The 24-year-old has recorded video footage from various high structures around the world which he publishes via his website, sometimes climbing them without permission.

In this case he did have permission and was there as part of a commercial promotion.