Image of the week: The march from the Elephant

An estimated 2,000 people join a protest for affordable housing in London 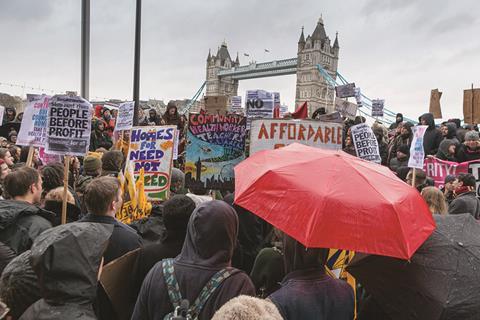 The protest, organised by ‘March for Homes’, called for measures including more council homes and a control on private rents in the London area.

The march started at Elephant & Castle, where regeneration has drawn criticism for pricing out local residents, before proceeding to the mayor’s office at City Hall.