Ray O’Rourke: ‘I’ve never seen anything like this before’

So, it’s over and yet it has only just begun. What can construction ask of the new government – and what can it realistically expect to get? Ray O’Rourke, founder and chief executive of Britain’s biggest privately owned building company, Laing O’Rourke, outlines his personal wish list for ministers and assesses the industry’s prospects for the year ahead. Jonathan Owen reports… 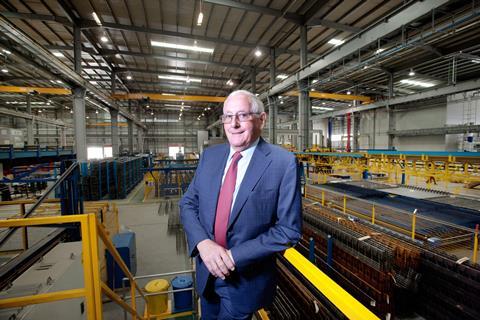 What is the one thing that you would like the next government to sort out once and for all?

We have to change the procurement methodologies. When we were doing the Olympics back in the day we were part of the CLM [consortium]. Gordon Brown, who was still the chancellor, insisted the contingency had to be 52% of what we thought the budget price was. It’s interesting that we finished the project a year early and babysat it for a year and what wasn’t really reported was that a billion pounds went back to the Treasury, so there was something good about that particular approach. And that leads me to believe that we have a lot of nonsense and wasted productivity. If things overrun on cost by 52%, you’ve only bid 48% of it really and it’s total nonsense.

So, don’t bid for a price that you know it can’t be done for?

Why would you not pick the partners that you want to work with? That’s what they did at the Olympics – they picked us over Bechtel and others. The whole procurement methodologies have to change. It’s a licence for those vested interests – that is, the parties who don’t take risk, like lawyers, financial advisers and others – to make a fancy living out of these adversarial arrangements, so I think the government needs to look at that.

Either you have an industry that represents 8-10% of GDP that the government wants to stand behind and support, or it doesn’t. 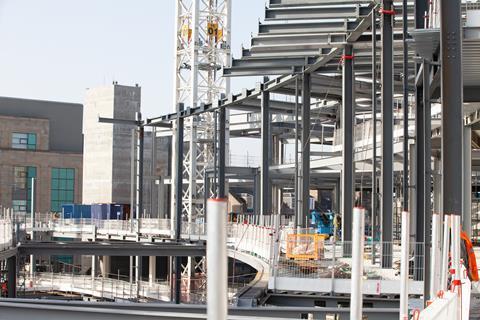 How can the industry improve its productivity?

By having a positive offsite agenda that improves productivity on site. We are building a hospital in Gwent, south Wales, the Grange University Hospital – it’s an acute 570–bed hospital. We will deliver it in less than three years [four years had been predicted] and we could now deliver that hospital in two years. That’s a massive improvement in productivity because we are using offsite delivery.

If you were able to transition from trades to technicians – and that doesn’t mean that we have to get rid of bricklayers and carpenters, but you [also] have technicians doing the assembly – it will be an attractive place [to work] because there’s no heavy lifting, and you could then be doing 35 hours a week and be highly rewarded for it. So I’m excited, I’m really excited by that.

You are now paying your suppliers within 34 days as opposed to 52. Do you want to do even better?

We would love to pay our suppliers at 21 or 28 days, but it is impossible because we don’t get the support from banking. The banking [industry] hates our sector, and we don’t have the headroom in the funding you can achieve today, but [also because of] clients.

>> Read: Payment times: How long do the top 50 contractors take to pay up?

You start off with a project and there is a dispute and the dispute can run for years, and then you get settled out three years later. That’s not prompt payment. It’s been custom and practice for ever but it’s time now for us to have a radical rethink.

The T5 project was built and it didn’t have a contract and there were no disputes on the project and it was a great success. I think that people will start to go back to that.

So is there a loss of appetite for the sector by UK banks?

I can see it from the banks’ perspective – they [see this] race to the bottom. Everybody within the industry needs to have proper operating models that have clear de minimis positions that they will not take work at, because otherwise you just get into this sort of trouble, and then everybody is wrapped up with the same disease.

How much damage does late payment, particularly by public sector clients, do to the sector?

It has massive damage because the whole of society in the capitalist world is based on confidence. When we trade with big organisations, we know they deliver but, if they don’t deliver to the same drumbeat or rhythm that we have to deliver to our people, we get squeezed. And then, if we can’t get the additional funding to go with it, people get into difficult positions and that’s what happened to some of our competitors, such as, I’m sad to say, Carillion and others. We have had our own experience, which I’m delighted to say we have come through and turned it around, but we only got through because of the goodwill and the transparency that operates between us and our clients and supply chain.

I love this industry, it’s a wonderful industry, the people in it are fantastic. All we need to do is to get the government to pay probably a little bit more attention to us

How tough is it in the contracting market?

Our market is in great shape because, if we can get a stable government, and you look at the number of projects, the amount of pent-up demand for everything from health, education, heavy infrastructure, energy and transportation, I’ve never seen anything like this before.

I don’t feel for a moment, “Oh, this is tough”. I love this industry, it’s a wonderful industry, the people in it are fantastic. All we need to do is to get the government to pay probably a little bit more attention to us.

We’d like to see the government raise where we sit in the mind’s eye of society, that we are not just a cheap, nasty industry. We have the brightest brains doing some of the brightest things and I think we need to be respected for that. 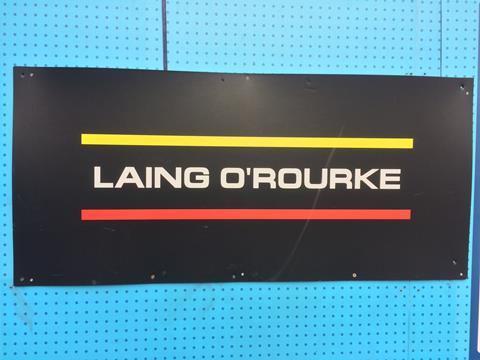 There has been quite a lot of movement among contractor bosses recently. Is it a sign of anything?

This is just a natural cycle that goes on, there is nothing sinister in that. Ashley Muldoon is a good guy, Debbie White is a lovely person, I’ve met her several times. And I didn’t know the guy at Kier, but Andrew Davies is resetting his team. It’s what I would do.

People leave. One of our senior people left and has gone to Kier, Liam Cummins. Liam is a great guy, he was presented with an opportunity he didn’t necessarily see being presented to him at Laing O’Rourke. I wished him all the success because we have great programmes with a lot of young talent and so it’s probably great for Liam, but it’s also good for our people because now we do a little reset and two or three people move up so it doesn’t really matter.

I love sport and the sport I love is rugby and you see it every time. In Ireland we had Paul O’Connell step down and people said, “Oh well, that’s it”, but it isn’t. You see the All Blacks and somebody drops out, that happens.

In terms of the longer term, is succession planning on the agenda?

Of course. We have a board of directors led by the eminent chairman Sir John Parker, so it would be incredible to think the succession planning isn’t something that is reviewed. But if you are asking me the question am I leaving soon, I hope not. I’m really enjoying what I’m doing and I have a wonderful team of young people around me and with a great chairman like Sir John and our group finance director Stewart [McIntyre], you couldn’t have a better team.

What is the construction pipeline looking like for UK contractors?

We believe over the next 10 or 12, 15 years that there is probably close to £200bn of [UK construction] work to be done and I’d like to see the UK doing most of that themselves rather than having to have it done by external parties. We are doing this job at Hinkley, we are meeting all the milestone dates. It’s huge, but that’s going to be great for UK plc because we’ll be able to take these methodologies onto a global stage if required.

So the new government just needs to put into practice what politicians have been talking about?

The new government needs to come out and prioritise how they are going to really save this economy, give people the opportunity to go to work and to be properly and appropriately rewarded. We’ve got to get away from [the zero-hours contracts culture]; we’ve got to be able to give people an inspired view of life, as it is the most exciting place in the world to be. You won’t find that I ever sit on the negative side of the street, I love it on the sunny side of the street. This is the best country in the world, with the finest people, and we do great things. It’s just that we need to shout that out now and again.