Feeling the chill in Shanghai 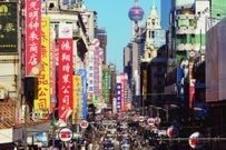 “Welcome to Shanghai. The local temperature is minus 2°C.” Minus two! I have never set foot in China without being hit by a wall of humid, sticky air and somehow, in one of my stupider moments, forgot that winter is not a Europe-only phenomenon. I mentally list the contents of my suitcase – light shirts, cotton trousers, even a swimming costume, for Pete's sake – and decide I didn't quite think this through.

But as soon as I'm out of the airport, I realise the cold weather is a blessing. It is beautifully crisp and clear – quite dazzling actually – and I have never seen the sky over any Chinese city come so close to blue. So after a pit stop at my hotel (to layer up in every item of clothing I have) I set off into the city to see just how much it has changed since I spent time here as a student five years ago.

China hands in the industry warned me I would find the place transformed, and it has certainly altered. Not beyond recognition – the space-pod shapes of the Oriental Pearl Tower and colonial buildings along the Bund see to that. But there is more of everything. More glitz, more glass and more flying saucers. A whole host of new skyscrapers have sprung up, some of them great, others not so good. The city's tallest building - Kohn Pedersen Fox's bottle opener-shaped Shanghai World Financial Centre – is, frankly, silly and, according to reports, half empty.

Shanghai, like the rest of the world, has succumbed to financial flu. But while a lot of projects are at a standstill, the more confident developers are pressing ahead with plans for ever more gargantuan structures

But what strikes me hardest is how quiet the place has become. A new law limiting horn-honking is partly responsible, and I guess a lot of sensible people are indoors keeping warm rather than on the street shouting. But it is the lack of background construction noise that leaves the biggest gap – no constant hum of drilling or clanging of steel. Sites around the city are silent and still.

No big surprises there. Shanghai, like the rest of the world, has succumbed to financial flu. But while a lot of projects are at a standstill, the more confident (and better-funded) developers are pressing ahead with plans to ply the city with ever more gargantuan structures.

The bottle opener will soon be dwarfed by the next building in line to be China's tallest structure, Gensler's Shanghai Tower, whose team includes my hosts here, Rider Levett Bucknall – well-established in the Chinese market through the Levett Bailey arm of its merged business and capitalising on a new appetite for cost control among Chinese developers. The project has just broken ground, and its intended height – 632m – has been widely publicised, showing that the obsession with going tall is not solely the domain of Dubai.

Comparisons with Dubai are hard to shake off - both have shown more architectural guts than their surrounding regions and have an obsession with height. Now both are picking up the pieces of burst property bubbles

Comparisons with the emirate are hard to shake off – both cities have been heavily influenced by expat populations, have shown more architectural guts than their surrounding regions, and have an obsession with height, bobbles, globes and all other shapes you can stick on a tower. Now both are picking up the pieces of burst property bubbles.

But, unlike Dubai, the new buildings haven't changed Shanghai's character overnight. The city has long been full of oddball structures, both beautiful and grotesque, with bits of traditional China and colonial Europe thrown into the mix. Behind the Prada-lined boulevards, there are narrower streets, teeming with local life, traditional buildings and the odd temple. Gimmicky as some of the newer buildings are, they do not give the city the sterile, synthetic, built-in-two-minutes feel of parts of the UAE.

Which all means Shanghai has a lot more to lose than Dubai. Glassy new structures can add to the rich layers of the city's history, but they must not be allowed to squash them. Then again, the credit crunch may stop them even trying.

Stephen Lai, RLB Asia MD and chairman of the QS division at the Hong Kong Institute of Surveyors

On the streets of Shanghai