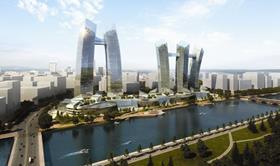 In accounts filed at Companies House, Benoy Limited reported pre-tax profit of £8.2m for the year to 31 December 2012, up from £6.3m the previous year.

However, the firm’s sole director, Graham Cartledge, took a pay cut of 80%. He received remuneration of £647,210 in the year, down from £3.2m the previous year.

Writing in the accounts Cartledge said he was “pleased” with the overall performance of the business during the year.

He added: “The business continues to benefit from a portfolio of work spread across sectors, countries and client base. The business will continue to invest in overseas opportunities.”