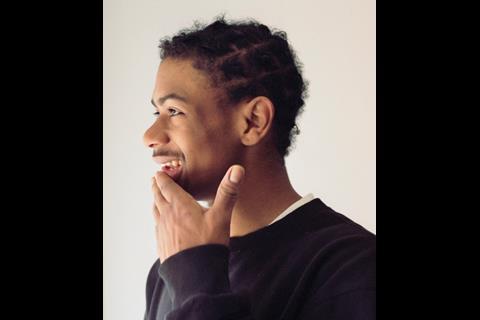 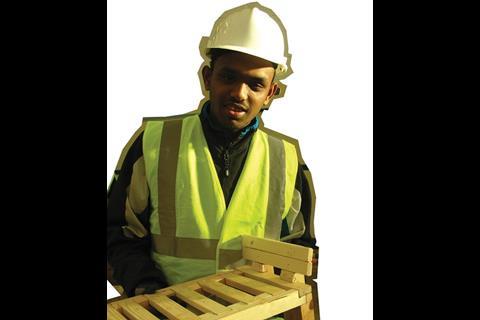 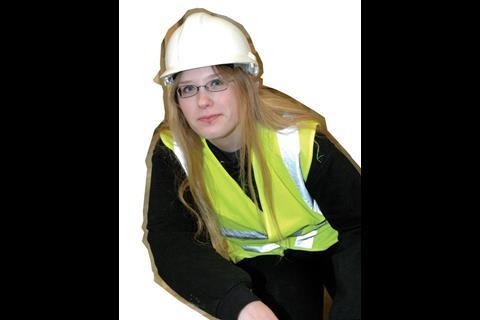 What better way to see how Get Into Construction is working than to ask those who have been on the course? We talk to three young people who have surprised themselves

Graduated from Get into Construction in February 2008

When Julian stumbled across the Get into Construction course, he thought it sounded ‘too good to be true’. He had been unemployed for two years and was finding it difficult to know what to do with his life. He was keen to learn new skills and get motivated in order to improve himself and find a good job, but was unsure where to start.

A project worker in the hostel where he was staying suggested he go along to a recruitment day at The Prince’s Trust to see if he would be interested in taking part in the Get Into Construction programme. Having already done some labouring work assisting a carpenter and plasterer, Julian leapt at the opportunity and saw it as a chance to try his hand at some other building trades. He was accepted on to the course in February 2008 and quickly got to grips with skills such as bricklaying, tiling, patio laying and dry lining.

The best part of the course for him, apart from the fact that ‘it was free’, was the sense of achievement that came from seeing a piece of work he had completed. He felt he was learning new skills all the time and putting them into practice. ‘I enjoyed tiling the most,’ he says, ‘and I seemed to be really good at it, or that’s what I was told. I thought, wow, I do can this. Before the course, I would never have thought I could make a patio or build something from bricks.’

Julian wasn’t so keen on the time spent in the classroom, because he’s never been comfortable in such an environment. ‘I think I’m better when it’s more hands-on, but it was great on the course because it was maybe one or two hours in the classroom and the rest of the day you would be making things.’

Julian is certain his confidence has improved since completing the course. In fact, at the end of the course he was asked to volunteer for The Prince’s Trust as a young ambassador, as it was felt that he was a really inspirational character and would be able to enthuse other young people. He went to his first event as an ambassador on 1 April – the Building Awards. He stood up in front of 1,800 professionals from the construction industry and asked them for a job. It was a nerve-wracking moment but his request led to two possible apprenticeships. ‘I never thought I’d be able to stand up in front of all those people,’ he says, ‘but the course allowed me to see what I’m capable of. I feel I’m much more ambitious now.’

Even halfway though the course, each time I finished making something I’d be like, hey, I just made that, I can do this. It’s made me realise that as long as I'm shown what to do, I can do it

Julian has even recommended Get Into Construction to a few of his friends and two of them have already applied. ‘I know the course can’t guarantee a place in the industry, but it’s all about making opportunities, and it has to help,’ he says. ‘If the course hadn’t come along, I think I’d still be job seeking and not sure what I wanted to do. Even halfway though the course, each time I finished making something I’d be like, hey, I just made that, I can actually do this. It’s made me realise that as long as I’m shown what to do, I can do it.’

The one thing he didn’t do on the course was plumbing, but that hasn’t stopped Julian setting his sights on starting an apprenticeship in plumbing this year. He is now working as a labourer and once he is qualified and experienced, his ultimate goal is to start up his own business.4

Graduated from Get into Construction in Dec 2007

Abul has had a tumultuous start to his life by anyone’s standards. He was forced to flee his homeland of Bangladesh after attempts were made to have him killed or scarred because of his father’s political beliefs. As a political asylum seeker, he came to Britain in his early teens and stayed with relatives whose strict religious beliefs and lifestyle made Abul feel increasingly restricted. He took off around the country working late nights in various Indian restaurants, eventually drifting into bad company and taking drugs on a regular basis. Facing a custodial sentence for driving without a licence, he was eventually put on probation and faced 18 months of community service.

It was time for something to go right for Abul and, thankfully, the Get Into Construction course came along at just the right time. ‘I honestly think that if I hadn’t got on to the course, I would still probably be getting into trouble,’ he admits. ‘I’d still be hanging out with the wrong people, feeling bored and depressed at having no purpose and direction in my life.

Abul tried his hand at bricklaying, ceramic tiling, painting and carpentry. He worked hard with the other young people on the course to make a brick wall and pillar for a patio display. He also thought the wallpapering module was great fun, ‘once I’d learned how to hang wallpaper without creating too many bubbles’. But by far his favourite practical task was the carpentry module. ‘I loved working with wood,’ he enthuses. ‘I even made a miniature bed with another student. I really enjoyed completing my masterpiece and felt such a sense of achievement and satisfaction when it was showcased on the final day presentation.’

I think if I hadn’t got on to the course, I’d still be getting into trouble. I’d still be hanging out with the wrong people, feeling bored and depressed at having no purpose and direction in my life

Abul had been desperate to work in the construction industry for some time but, despite applying for numerous jobs, was repeatedly turned down due to his lack of experience, skills and qualifications. ‘I kept on being told that I just wasn’t an ideal candidate, which made me very de-motivated and angry,’ he says. ‘But by getting on to the course I was able to learn some of the necessary skills. I also made some great friends and my English has really improved, as has my confidence.’

As Abul’s mother tongue isn’t English, he found parts of the course quite daunting, particularly the health and safety course. ‘As well as the practical work, there were Q&A assessments which I admit I found very difficult. But with the help and support of the trainers who gave me additional one-to-one coaching sessions outside of the main classes and, most importantly, the other students who revised with me, I passed!’

On completing the course, Abul quickly signed up with various agencies in his area and has since worked as a hod carrier at Rochester Prison. He is now working for Berkeley Homes doing general labouring. He has been told by the managers that if he continues with his high standard of work, there is a possibility of a three-year contract. ‘It’s really good to be working full time and earning good money. I’m very positive about the future and I’m happy that I can provide for my girlfriend and myself.’

‘As for the course, I would recommend it to everyone,’ he adds. ‘I found it really rewarding and it has provided me with a stepping stone to make a career within construction.’

Graduated from Get into Construction in Dec 2007

Stacey would be the first to admit that a career in the construction industry was never her idea of a dream job, but that doesn’t stop her giving a huge thumbs-up to her experience on the Get Into Construction course. ‘I didn’t think it was really me,’ she says. ‘I couldn’t see myself as a painter or decorator, but I thought I’d take a chance anyway and had nothing to lose. After the two weeks I felt so good about it that I really wanted to get stuck in and get more from it.’

It gave me a kick and I no longer felt like I was useless, but that there was work out there for me. It really helped me turn a corner

She may have come away from the course with bricklaying, tiling, wallpapering and carpentry skills - she even built her own coffee table - but she says the real value was that it encouraged her to venture into areas she wasn’t completely comfortable with, particularly in interacting with her fellow students, something she has had difficulty with in the past.

Stacey was cruelly bullied at school. Having come from a broken home, she spent most of her childhood with her grandparents. Her education suffered through constant truanting to avoid the taunting of her fellow pupils and she started self-harming, behaviour she now explains as a form of stress release. She now has many piercings and tattoos to deflect others from noticing the scars inflicted from this terrible period in her life.

Through counselling, Stacey has been able to address her experiences, but some of the scars are still evident, particular in the difficulty she has with interacting with others. ‘The biggest challenge for me about the course was committing to it. All my life I’ve thought I’ve not fitted in with people. I was bullied so badly at school that I’ve been put off going into situations where I’ve got to work with other people, so sticking it out was the main challenge for me, and not thinking that everybody hated me.’

‘To begin with I felt a little out of place, because all the other students seemed the opposite to me,’ she continues, ‘but it was a good challenge for me to interact and talk with them. We all managed to just get on, despite not coming away as friends.’

What Stacey has come away with is a much more positive attitude to life and, most importantly, to herself. ‘I was feeling so down before the course started. I was finding it hard to find a job. But after the course, I just felt so much better. It gave me a kick and I no longer felt like I was useless, but that there was work out there for me. It really helped me turn a corner. I think I’d still be pretty miserable and in the same situation if the course hadn’t come along.’

After finishing the programme, Stacey gained a place at Canterbury College to do an Access Course in January 2008 but, unfortunately, had to quit due to lack of funds. She now works as a customer assistant in a B&Q superstore, but is still feeling positive and saving up to do a theory test in heavy goods vehicle driving.

Construction may not have been for Stacey, but the course certainly gave her a morale boost to go forward with her life. ‘It gave me a new insight into things. I left school without any qualifications and it was fantastic to do something like the course and have it shown to me that I’m not useless and there is a niche for me somewhere, even if I’ve still got to find it. I’d definitely recommend it to somebody who’s looking for something or a bit down about themselves.’