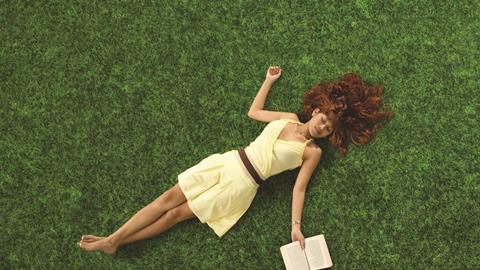 The latest consultation on the energy regulation has already been attacked from all sides, but with the first changes set to come into force in October, housebuilders can’t afford to ignore it. Vern Pitt lays it all out on the lawn

Last week’s consultation on reforms to the energy use regulations for housing put Part L of the Building Regulations well and truly back in the headlines.

This is the third of four planned re-writes of Part L between 2006 and 2016 - which on the domestic side will lead to the zero carbon homes standard. The current consultation proposes to increase the energy performance for new homes by a further 8% on 2010 standards (see “The basics”, right) and to introduce a requirement for people to upgrade the energy performance of their properties when making other upgrades.

It has not met with universal approval. While many in the industry argue that the reforms - due to be implemented in 2013 - take a pragmatic line in giving housebuilders more slack than expected while gearing up for the zero carbon standard, others say they don’t go far enough. Some even argue that a further update now is unnecessary, coming so soon on the heels of the 2010 revision to Part L.

The argument for even greater regulation points out that it has been one of the most effective tools for driving up standards, with the target of zero carbon acting as an incentive for firms to go the extra mile.

As regulations have become tighter, the cost of building to those standards has fallen. Housebuilder Barratt calculates that the cost of meeting level four of the Code for Sustainable Homes has fallen from an additional £11,000 per property in 2009 to a £4,000 premium last year.

That makes achieving the energy criteria of Part L more realistic for the construction industry, leading critics of the reforms to say they should have been more onerous. They are certainly lower than those that the former Labour government had been expected to implement.

And yet others have expressed scepticism that there is a need to renew the regulations in 2013 at all. Elizabeth Ness, group sustainability executive at Crest Nicholson, says: “[The upgrade] means the new regulations are out before there is evidence on the last ones.” Ness says that the gains in built performance from current homes, compared with those built to older standards, need to be tested before more legislation is introduced to drive further improvements.

Nevertheless, with some of the changes in last week’s consultation set to come into force from October this year, the government appears set on action as soon as possible. All the more reason you need make Part L part of your bedtime reading.

1 Part L is the part of the Building Regulations that covers the conservation of fuel and power in all structures, domestic and non-domestic.

2 The proposals are intended to be the next step towards all new buildings being zero carbon from 2016.

3 The government proposes the carbon emission standards for new homes be an average 8% tougher than the 2010 regulations - although detached homes, which are less efficient, will have to work harder, finding a 15% emissions saving.

4 The carbon emissions standards for new non-domestic buildings would be cranked up by 20% over the 2010 levels under the plans.

5 The commitments on both domestic and non-domestic buildings are less than the aggregate reduction in emissions of 25% which the Labour government was committed to.

6 The government proposes that buildings will have to meet the “fabric energy efficiency standard” developed by the Zero Carbon Hub.

7 Builders will be encouraged to become accredited under a new “publically available specification” to demonstrate that their buildings perform as they are designed. If they choose not to be accredited they will need to deliver an extra 3% carbon emissions saving on their buildings.

8 Building owners will be required to upgrade the energy efficiency of their property when adding an extension under proposed “consequential improvements”.

9 Under this section, owners will also have to make fabric improvements when replacing a boiler or upgrading windows, limited to installing loft insulation, cavity wall insulation, hot water cylinder insulation and draught proofing.

10 The government is considering abolishing or reducing the fuel factor, which is used to calculate emissions targets for homes where mains gas is not used or available. The fuel factor gives special dispensation for more carbon intensive forms of heat and power generation, and its abolition or reduction would mean oil, electric or solid fuel-heated buildings would need to be of an even higher fabric standard to meet the carbon emissions target.

PUTTING IT INTO ACTION

11 The consultation on consequential improvements is open until 27 March; the other measures remain open for comment until 27 April.

12 New-build standards will come into force in October 2013.

13 Regulations on consequential improvements would come into force in October 2012.

14 It is envisaged that the cost of consequential improvements would be met by the government’s Green Deal and would need to cost around 10% of the budget for the primary works to meet the regulatory requirement. The government claims this will drive take-up of the Green Deal …

15 Consequential improvements required after replacing a boiler or more than half the windows in a property would not be introduced until April 2014.

HOW MUCH WILL IT COST YOU?

16 The new standard will add £795 to the cost of building a new home on average, but would add £2,622 to the cost of a new detached house and £248 to a flat in a four-storey apartment block.

17 The consultation paper says a carbon reduction of 26% on 2010 levels as proposed by the previous government would have added £2,866 to the average cost of a home, which equates to £4,910 on a detached house and £1,959 to a flat in a four-storey apartment block.

18 An impact assessment published by the communities department in May last year calculated the refined definition of zero carbon would add between £3,000 and £8,000 to the cost of each new home when compared with homes complying with Part L 2010. So, the level of cost increase outlined in last week’s proposals (see point 1) means the cost of each home could potentially rise by £7,205 in 2016 to meet the zero carbon standard.

19The changes to the regulations for new homes will cost the housebuilding industry £103m a year, according to the government’s impact assessment …

20 … but changes to non-domestic building regulations are predicted to save businesses £101m.

WHAT WILL THE IMPACT BE?

21 This cost to housebuilders has angered smaller firms, which claim they will find it difficult to carry the burden despite the fact the rise is less than expected. Roger Humber, strategic policy adviser at the House Builders Association, says: “Effectively housebuilders are having to pay for social engineering on behalf of the government. At the end of the day, the government has decided to penalise the housebuilding industry disproportionately.”

22 However, the industry should not pass those costs on to other parts of the chain, according to Mark Clare, chief executive of Barratt Development. “If you take the view that you can push those costs on to the land price or simply charge customers more, it will simply mean less homes are built,” he says.

23 Richard Partington, director of Richard Partington Architects, says the fabric energy efficiency standard would be relatively simple to meet from a technological standpoint, but adds: “The issue is for the big housebuilders because they have a supply chain in place, which is difficult to turn around.”

24 Developments in the construction industry’s most active market, London, will already have to conform to a 55% reduction on carbon emissions over 2006 standards from 2013 - which is a bigger drop than the proposed changes

26 The word “green” appears 73 times in the consultation document …

27… but the word “growth” only appears three times.

28 The Green Deal is expected to improve 360,000 homes annually. Only 200,000 extensions are completed each year, according to the government’s own impact assessment.

29 However, a further 1.4 million home owners replace their boiler every year, which would be a driver of Green Deal take-up for a more limited set of measures.