3
A decade in design
Focus

A decade in design 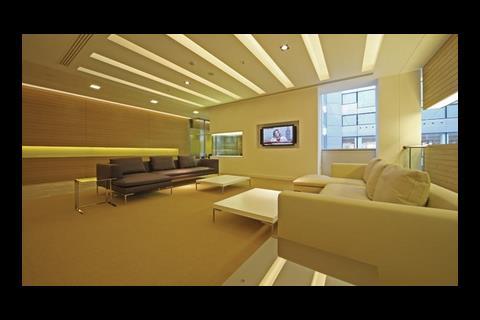 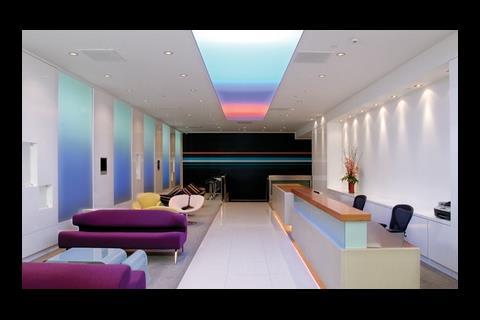 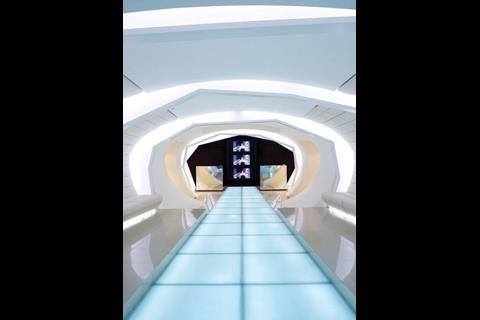 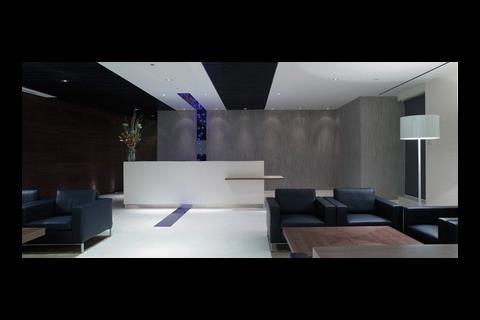 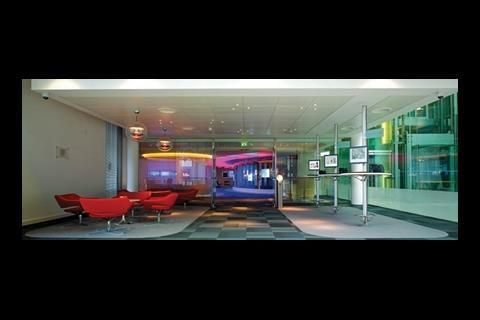 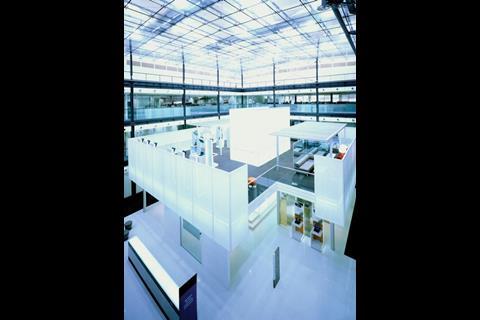 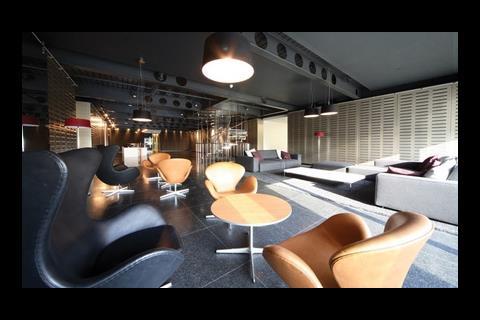 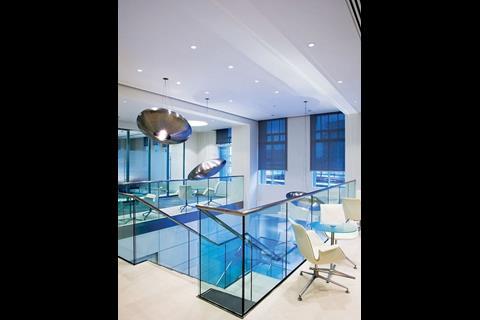 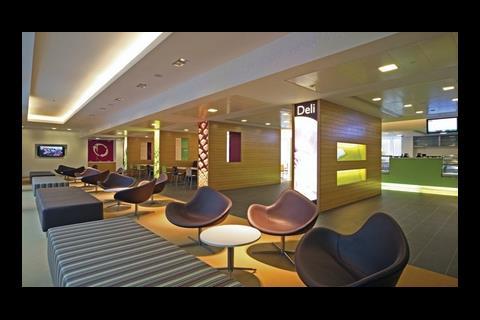 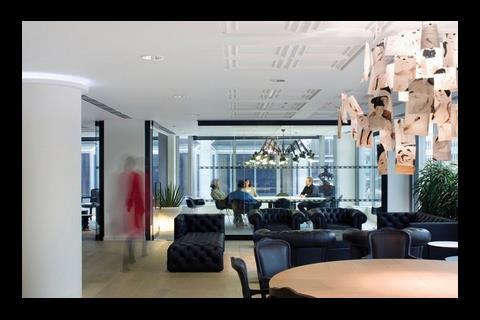 Not so long ago, the term ‘office fit-out’ meant deciding where to put the rubber plant. But over the past 10 years, design trends have moved dramatically to meet the demands of today’s design-savvy workers.

am doing this interview from an Eames chair in my dining room and am admiring my garden whilst I talk. I am working but nobody need know where I am. Tomorrow I could be working from an airport lounge. When this interview is over I am going for a quick swim, but after that I’ll be back at my virtual desk.”

Richard Beastall’s description of the Friday afternoon on which the Bennett Interior Design principal gave this publication an interview encapsulates the way we work now. In 2008, the office is anywhere you can plug in your laptop and get a reception on your phone – ideally with an iced tea in whichever hand isn’t holding said phone. In this mobile work-from-the-bistro world, technology is, quite simply, king.

Wireless technology might mean many of us work remotely for much of the week, but when we do touch down in the office we expect it to be as comfortable as the living room in which we closed yesterday’s deal. “Precisely because we spend less time there, the office needs to inculcate a sense of belonging, to almost feel like a club,” says Beastall. “For this reason the modern office has desks, but it also has shared benches and break-out areas with soft expensive sofas. It is all designed with the express intention of making employees feel comfortable and valued.”

But it wasn’t always thus. Ten years ago, workers didn’t come to the office to hang out, drink lattes and schmooze on B&B Italia sofas. “It was a different world – I clearly remember the arrival of the fax machine,” says HOK head of interiors, Aileen Asher. “People used to shout across the office floor when a fax had arrived, and when you had to send one yourself you’d take time to carefully compose it.”

Precisely because we spend less time there, the office needs to almost feel like a club

If the late nineties now seems slightly quaint, Asher thinks that over the past couple of years the office has turned “Disney World-ish”. “Flat and sleek they may be, but I’d say there are often too many screens in our offices,” she says. “Information now bombards us from every angle. Together with the strong colours and bold statement walls of many interiors, the workplace can be too fast and furious.”

Asher jokes that it is all the fault of Generation Y, those born in or after 1980. “They are used to information coming at them non-stop and are able to work in what I would term chaos. Plus, thanks to Ikea and the myriad of makeover programmes with which they have grown up, by the age of 10, Generation Y recruits had all decorated their bedrooms about 16 times. When they start working they want their offices to be glamorous, too.” The kind of glamour, she says, you see in the interior her practice and Overbury completed for technology company Cisco, in Middlesex.

Beastall agrees that the expectations of the Millennials, as they have also been dubbed, have proved a main driver in shaping our increasingly prevalent work-as-lifestyle world. “They want a work environment where they believe they will thrive. In addition to flexibility and a work-life balance – helped by changes in legislation – this means working in a luxurious office with things such as shelving for their possessions, and a lighting system they can control locally.” The interior that Beastell’s firm completed for Nesta, and on which Overbury did the fit-out, exemplifies this mindset, he says: “The break-out areas featured 50 empty photo frames for employees to fill as they wanted – which they did very quickly.”

More seriously, Generation Y has also helped bring about the recent phenomenon of corporate social responsibility. Being able to switch the office’s pendant acrylic lights on and off when you want is not just about personal comfort or whim: it is also about being gentle to the planet, a cause that many younger employees hold dear. “At interview, graduates will often ask a company: what do you do for the environment?” says careyjones director Paul Chapman. “And because staff happiness has become a big recruitment and retention issue, employers are keen to show their green credentials.”

Information bombards us from every angle. The workplace can be too fast and furious

In the workplace, this keenness has translated into such features as green roofs, bicycle sheds and desk tops fashioned from reconstituted ceramics and, in client-facing spaces, into a copious use of wood – from managed, sustainable sources, of course. “In the nineties, cherry and pear were very popular, then around five years ago walnut became all the rage,” says Tim Jennings, managing director at TTSP. “In fact, it still is all the rage – I think I’ve seen a bit too much walnut now!”

More significantly perhaps, the green agenda is now part of the business conversation with clients. “I never thought it would happen, but questions about the recycled content and embodied energy of our materials and products are among the first that clients ask,” observes Gensler associate Grant Kanik. “Clients’ sustainability concerns directly influence the solutions to things such as the systems for cooling buildings.”

MCM managing director, Corinne Pringle, agrees, adding that serious eco-conscious conversation is still relatively new. “Just five years ago I was working on a major project that the client was keen to make as sustainable as possible. He was so interested that he even attended a two-day workshop on the subject. But it turned out that the cost was prohibitive and so he decided against it. Well, that just wouldn’t happen now. It is crucial for big companies to have strong green credentials – it strengthens their reputation and shows leadership.”

Companies such as British Land now recycle 85% of the waste generated from its demolished buildings. And why is it in the business of demolition? Because clients are also becoming demanding about the quality of the buildings they occupy. According to Pringle, up until the year 2000 clients looked at the British Council for Offices’ (BCO) guidance document for the specification for offices as a benchmark. The most recent BCO guide came out in 2005 and tackles head-on the issue of designing offices by sustainability and business performance. But Pringle says that clients frequently want to do more than the guidelines suggest.

In the 90s, cherry and pear were popular. Now it’s walnut. I’ve seen too much walnut now

“Property is now high on the board agenda; people want to know how it is supporting a client’s business,” she explains. “Consultants are appointed much earlier in the process than they were even two years ago, and in some cases the property options paper is signed off before a building has actually been found. Back in the late nineties I remember one of my clients signed a lease only to find out afterwards that the building was too small for the company. It is hard to imagine that ever happening in 2008.”

The main driver behind all these concerns is density which is, in turn, driven by efficiency. Homeworking, break-out areas and cafe culture are all about using space as a performance tool. At the end of the last recession in the early nineties, employers responded by cramming people on to smaller desks. Some 15 years later, shared amenities and hotdesking is the response. Now, even public sector clients are looking at five people for a maximum of three desks, says Chapman. In Bennett Interior Design’s interior for the Guardian – the paper is moving from Clerkenwell to King’s Cross – the architect specified linear desks that will belong to teams rather than individual journalists.

Gensler, meanwhile, is a fan of office furniture such as Vitra’s Joyn bench. “Staff can sit in the middle, leaving space at either end for meetings. Everyone can see everyone else and pass papers easily. And it dispenses with the need for meeting rooms,” says Kanik.

A widespread reduction in owned space also means that office furniture and layout no longer reflect seniority: managers now sit at the same modular desks and ergonomic chairs as their underlings. Instead, in the cost-driven, commercial office clients prefer to spend precious resources on customer-facing spaces where designers have full licence to really go for the wow factor; TTSP and Overbury’s scheme for business consultancy Deloitte Academy being a good case in point.

This design freedom has been good news for architects whose teams are often composed of people from a range of design backgrounds. “It used to be the case that once in fit-out, always in fit-out,” says Chapman. “Now I have people on my team who have worked in the cruise ship industry. The worlds of leisure and work have collided.” And nowhere more so than in careyjones and Overbury’s interior for hair styling company GHD (Good Hair Day), in Leeds. “Soft to the point of being almost fluffy, it exemplifies the death of corporate minimalism,” says Chapman.

A less hierarchical office space also seems to have changed the managerial mindset. “Managers now accept that when people are not at their desk, it doesn’t mean they are gossiping. Basically, they have learned to trust their staff,” says Kanik.

At the London office of construction and real estate consultancy EC Harris, designed and fitted out by Swanke Hayden Connell and Overbury, the managers have gone one step further and are happy to pull pints – for their staff. In an undeniably imaginative attempt to break down office hierarchy, the sleek company bar is manned by the EC Harris partners for three evenings every week.

In other offices, workers are almost encouraged to get away from their desks, while in the most experimental organisations desks are actually seen as a barrier to communication. “The best meetings are often impromptu and to encourage them to happen more often an increase in collaborative space is essential,” argues Kanik. “They used to happen in Starbucks, but now they can take place in the office bistro and non-bookable break-out areas – ideally with soft furniture so people can sit how they want.”

In addition to a restaurant and break-out areas, Kanik reckons today’s office simply needs the addition of telephone booths, some private space and a library. He should know – Gensler recently designed just such a scheme for PR company Edelman. “We didn’t include a reception because it is a waste of client space – people just walk through on auto-pilot. Instead, when visitors arrive at Edelman they walk straight into the gallery-cum-bistro-library from where the barrista informs whoever they have come to meet of their arrival.” In another departure from office custom and practice, a free staff breakfast is served in the bistro every morning. “It means that at 7am staff are sitting round the refectory table reading newspapers which is, of course, an important part of their job.”

Ten years ago, bagels and cappuccino on the firm was as inconceivable as a distinctive office interior. Office design was invariably done by the same architect who did the exterior and as a result most individual practices’ offices looked the same. Since then, branding has happened and offices now reflect the client’s ethos, spelling an end to what we used to know as a Gensler or a Pringle Brandon interior. Who, for example, would know that careyjones was the name behind GHD’s office?

What is more, over the past five years increasing numbers of these fit-outs have, as this publication illustrates, been carried out by specialist companies such as Overbury.

In short, over the past decade fit-out has become a sector in its own right, and interiors have undergone nothing less than a revolution.