2
A framework and a focus
Focus

A framework and a focus 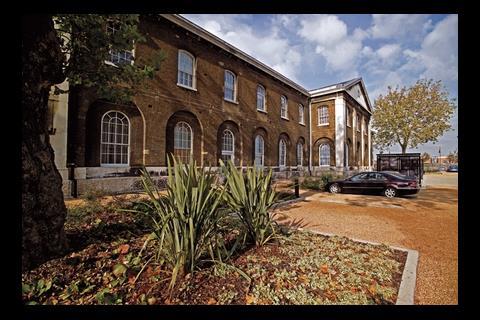 where the listed buildings have been successfully converted into desirable homes. Work on the public realm has reconnected the Woolwich community with the waterfront. 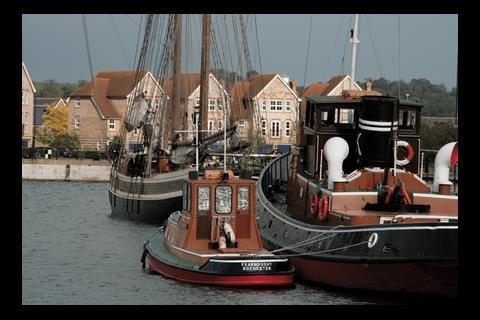 the benefit of a historic location was unlocked to create a thriving mixed community with houses, commercial units and health and education facilities. 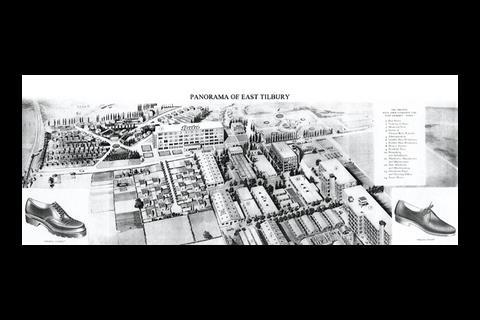 an inter-war sustainable community where all the community’s requirements were addressed in a visionary plan-led approach.

Simon Thurley, chief executive of English Heritage, believes that only a small part of the potential of the Thames Gateway’s historic environment has been tapped; much remains that could be used to create distinctive, successful and ultimately sustainable communities

There’s nothing really very new about creating sustainable communities. It’s actually what’s been happening on a piecemeal basis, up and down the country for hundreds of years. But of course, it’s been happening without the 21st century branding.

The difference today is that the government has made it a priority to create at least 240,000 new housing units a year, and there’s quite a lot of concern, not only in the heritage world, that what we’re going to get will simply not be sustainable and will fail to create thriving communities.

But this isn’t the first government in the past 100 years to focus on housing; I think there’s a great deal that we can learn by looking back at what previous governments have actually achieved.

In the inter-war years, almost four million houses were built in the UK, while between 1950 and 1975 we built a staggering eight million. While can all think of examples where this was done spectacularly badly, this wasn’t always the case, and many today are thriving and successful places where people want to live, and where property prices reflect a shortage of supply.

Think of Port Sunlight, Bourneville, or Bedford Park in London, Hampstead Garden Suburb, Ealing Garden Village, or Golders Green - or the new towns like Basildon, Harlow and Milton Keynes. Why were these places successful and other places not? Where is the tradition that built the places such as Bedford Park?

You’ve probably noticed that Crest Nicholson are still getting excellent publicity for Ingress Park, and have been able to charge higher prices on the later phases of the development, simply because it’s been so popular. But with the exception of a handful of schemes by enlightened developers, this is an exceptionally rare thing today - a scarce resource when we most need it.

In too many places we’ve simply lost the art of town planning. We have planning policy makers, we have development control, and we have commercial volume house builders. But it’s really hard to find the enlightened individuals or patrons with the vision to create places with enduring appeal - homes rather than houses. Where is the social idealism of the past? Where is the Octavia Hill, or the Henrietta Barnet of the 21st century?

How can we be successful in the great enterprise that is the Thames Gateway? If you’re looking for a model you could do much worse than looking at how historic places have grown up over the centuries. In fact most of the government’s criteria for what makes a sustainable community can be found in the historic towns and villages of England. For me this is the starting point, and this is where heritage helps.

There’s enough embodied energy in a small Victorian house to drive a car five times round the world.

Historic buildings and areas are a huge asset that provides a template and a framework upon which to build. Using that framework gives you immediate clues to materials, to densities, form, layout and architectural treatment.

You might already have buildings that could form the heart of a new community, or a thriving new residential area. Or it might be more about providing the continuity of that place’s sense of identity in a progressive and imaginative way.

But talking about heritage, it’s not some airy-fairy nostalgic notion; it’s not some backward-looking, tweed-wearing fogey-view of the world that likes to see pan tiles, chimney pots and privet hedges everywhere.

At Forest Gate, English Heritage has been grant aiding rundown shops on the High Street with great effect. This is, in fact, urban grit, as well as using heritage to help make a nice place. We all know that heritage sells; people enjoy living and working in historic places and investment in them and their historic character, and that this reaps financial rewards.

Heritage is an asset with a very important role to play in regeneration; it’s an important part of sustainable development and is absolutely crucial in place-making.

Reusing historic buildings has been one of the most important foundations for economic and social revival in towns and cities across Britain. The economic benefits of conservation-led regeneration don’t just relate to individual buildings, but to the wider area and to an entire community.

We only have to look at the huge success of heritage-led schemes in the Gateway such as at Woolwich Arsenal, or Chatham, and Shoeburyness, to understand how imaginative projects such as these can provide competitive advantage.

Only a small part of the potential of the historic environment of the Gateway has so far been tapped. Much remains that can be used to create distinctive places and successful communities.

But heritage plays to another crucial concern for developers, and that is sustainability. Anyone trying to create a new place for people to live in today cannot ignore the increasing public and political concern with sustainable development. Reusing buildings rather than demolishing them is inherently sustainable. This is the ultimate in recycling.

Talking about heritage is not some airy-fairy nostalgic notion; it’s not some backward-looking, tweed-wearing, fogey-view of the world that likes to see pan tiles, chimney pots and privet hedges everywhere

Did you know that there’s enough embodied energy in a small Victorian house to drive a car five times round the world? Did you know that 24% of all our waste is from demolition and construction? The days of knocking down serviceable buildings and starting from scratch again are drawing to a close, and that 80% of the housing stock that will be here in 30 years’ time already exists today? Responsible stewardship is essential.

Most pre-First World War houses are, contrary to popular view, designed for a low carbon world and can form part of our greener future. All the leading developers are now working with historic buildings and reusing them rather than seeing them as an impediment and sweeping them away.

St Pancras Station demonstrates superbly how a Grade I listed building can be adapted to meet the transport needs of the 21st century, by creating a beautiful fusion between old and new.

Some of the best new architecture in recent years has been within an historic context. And not only do people like it, they are willing to pay for it, and in many cases, pay more for it. Reusing old buildings makes sense at every level, not least to bank managers.

Knowing what heritage assets exist in your area and understanding their historic significance is the first step in unlocking the development potential.

English Heritage provides this strategic level of understanding, the “big picture”, in its characterisation study of the Gateway. But Local Authorities should, and are, adding to this characterisation work that we’ve started as part of their local development frameworks, and we’re encouraging developers to do this too.

Take a good look around you before you start to plan your development. This understanding of the environment in which you work is the first step in making places that people will really want to live in. We can advise you how to do this.

Place-making is one of those phrases that can mean different things to different people. But existing communities and the character of their historic buildings will continue to create the platform against which place making takes place in the 21st century.

Nowhere is a blank canvas anymore. We can’t simply create a place out of nothing. Historic buildings provide both a framework and a focus for new development and can teach us lessons about both the mistakes and the successes of past exercises in strategic planning in place making. Local identity and distinctiveness evolve over generations; continuity and a sense of the past are vital to the creation of sustainable communities.

This article is based on Simon Thurley’s keynote address at the 2007 Thames Gateway Forum.