2
A new face for BREEAM
Focus

A new face for BREEAM 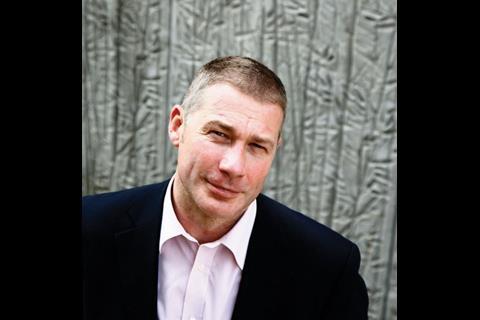 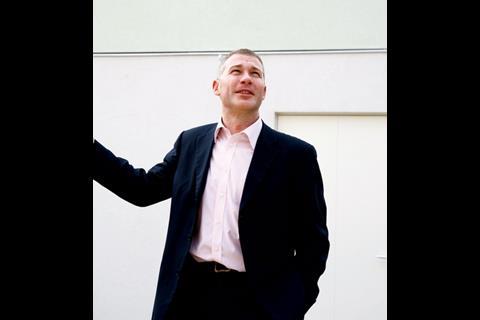 Martin Townsend relishes a challenge. And as the recently appointed director of BREEAM, he clearly faces one as he sets out to make buildings more sustainable and more environmentally friendly.

“We all want to be involved in exciting things,” he says. “If you look at the impact of buildings – the way we develop them, the energy and water they use, and how we then occupy them – that has a massive effect on the environment.”

It’s a process that the 40-year-old director says involves educating people throughout the supply chain.

“It stretches from the financial industry, in terms of whether to invest, to the planners on where we are going to place the buildings, to the designers and architects on what they look like, as well as on how people actually operate the buildings,” he says.

Townsend’s CV indicates he is well up to the challenge. His career has included a hands-on construction role when he worked with Tarmac Construction (now known as Carillion). “I’ve been on construction sites at five o’clock in the morning waiting for the concrete to arrive,” he confirms.

Then he became a policy adviser within DEFRA, working on sustainable construction, water efficiency and waste.

Before joining BRE Global, he worked at the Environment Agency, coordinating water resources across the south-east of England. He recalls orchestrating the publicity campaign to urge people to save water during the summer drought of 2006. “We repeatedly told people that if they didn’t save water there would be standpipes in their street,” he says. Townsend is particularly proud of that campaign because he says it helped people realise that water is a precious commodity. He points out: “Even when there was plenty of water, consumption didn’t go up.”

This breadth of experience – as a contractor, regulator and adviser – should come in pretty useful when dealing with the many government departments, agencies, firms and other organisations that the 90-strong BREEAM team is required to work with.

“If you look at BREEAM and the BRE, they have a great history,” says Townsend. “But that is no template for the future. We have really got to open up the way we operate and engage people in a much more open style.

“That’s not passing criticism on what has been done in the past. Working with a whole range of organisations – looking at the challenges and what the solutions are in a much more inclusive way – is one of my challenges. Fortunately, there are so many organisations pointing in the same direction.”

Townsend cites the various worldwide environmental assessment systems as an example. Although barely three weeks into the job when Building met him, he had already exchanged emails with counterparts in the US, seeking ways of collaborative working with the US’s own assessment method, LEED.

“There is so much we can learn from each other,” he says. “We’ve just done a report looking at the advantages and disadvantages of different assessment tools – not as a comment or criticism but to learn whether there are ways of changing or adapting how we do things here. If we are seen to be aggressively competing, what we are actually creating are distractions and not supporting the industry to change.”

Townsend suggests one way forward: dual certification that would involve assessing buildings using both the BREEAM and LEED methods.

“We have a global economy. If an American bank wants to build over here, it understands about LEED and wants it built to that standard. That’s fine, but it might not translate that well into the UK climatic environment, our building legislation or the way that building operates,” he says. “Providing a client with dual certification has to be a good way of sharing that information in a much more open and transparent way.”

On the home front, BREEAM’s director wants to work towards closer ties with industry. “We really need to engage with the industry to change at a pace and in a way that works for the industry,” he says. “One of the relationships I’m really keen to foster is with the UK Green Building Council. If people see us as trying to achieve a common objective, we can go so much further.”

Townsend foresees partnering with industry and other organisations as vital in defining the future research and development work undertaken at its headquarters in Watford, and increasing its knowledge base. “That will give us better and lower environmental impact buildings much, much quicker.”

He adds: “The industry does want to move forward, but there is always going to be nervousness about new technology and the speed of change because it does represent a risk. It’s about giving the industry confidence that it is OK and not such a risky process.”

This process is already under way and the first signs of the closer ties can be seen in the latest revision of BREEAM.

“It is not just a two-year update,” says Townsend. “We’re trying to respond to the industry about what works now and what doesn’t. That’s why we’ve introduced changes to the environmental weightings, the introduction of mandatory credits, and other issues such as two-stage assessments at design and post-construction stages.” (See box, “What’s new”, for details).

Another aspect that will shape future updates of BREEAM is the need to counter the effects that buildings have on the environment and the evolving knowledge on how best that can be accomplished.

The new BREEAM director is excited to be involved in the process. “It’s great to be inspired by people and great to believe you can make a difference,” he says.

The latest biennial review of BREEAM is one of the most radical updates ever. BREEAM 2008, which comes into force on 1 August, includes major changes:

It is not just a two-year update. We’re trying to respond to the industry about what works now and what doesn’t. That’s why we’ve introduced changes to the weightings…

Following feedback on the environmental weightings given to some aspects of the assessment, changes have been made that include separate ratings for energy, transport, materials and waste, which were previously combined under two headings:

Credits will provide extra recognition for innovations that improve a building’s sustainable performance that are not covered under the usual assessment. There are two ways to achieve these:

BRE Global is still defining the eligibility criteria and application process but they will be available when the manuals are published on 6 June.

These are being introduced to eliminate failures in meeting the minimum requirements in key issues. They tighten the loophole that previously existed whereby a building could achieve an Excellent rating yet fail to comply with straightforward issues such as storing recyclable waste. To match the higher BREEAM rating, the mandatory requirements have become more numerous and onerous. They apply to:

The update covers all non–domestic buildings covered by BREEAM:

The schemes covering domestic properties – EcoHomes, EcoHomesXB and BREEAM Multi-residential – will be updated towards the end of 2008.

When is it launched?

The Green Guide sets out the environmental impacts of building materials and components, assessed across their lifecycle.

The updated version of the guide (www.thegreenguide.org.uk) takes into account changes in the environmental performance of various materials and components because of alterations in the manufacturing process, the way they are used in buildings, and evolving knowledge about the environment. The online version (a printed version will be available later this year) has more than 1,200 commonly used specifications.

Within each building element is a catalogue of products. They are ranked on their influence on the environment on a scale from A+ (best performance/ least impact) to E (worst performance/ most impact). The 12 issues considered for a product’s ranking range from toxicity for humans to waste disposal and depletion of mineral resources.

The 2008 non–domestic manuals can be downloaded from www.breeam.org from 6 June. Manuals on domestic housing – EcoHomes, EcoHomesXB and BREEAM Multi–residential – will be updated by the end of 2008.

BRE Global will be running seminars on the changes later this year. Anyone who is interested should email events@breglobal.com. Short seminars will also be held at the 100% Detail sustainability exhibition at Earl’s Court on 18-21 September. For details visit www.100percentdetail.co.uk.

Training courses for new assessors in the 2008 version start in September. Dates and fees can be found at www.breeam.org/events. Existing licensed assessors will be given training on the updated manuals and will be able to give advice when the new versions come into force on 1 August.