Amazing ONS Specs! Makes the economy look much better than it is!

According to the Office for National Statistics, 2010 was the year that construction became a powerhouse of national growth and regained all the ground it lost last year. Oh yeah? Building checks out its story, with the help of a few economists …

Last week the coalition government basked for a second or two in the glow of a piece of good news: a quarterly growth figure that was twice as strong as the City was expecting. The cause, it seemed, was a booming construction sector. Hang on, did you say “booming construction sector”? Well it is booming according to the Office for National Statistics. The ONS says construction output has risen 13.5% in six months - an annualised growth of 27%, which is twice as rapid as any year since the end of the war. It now sits just shy of the peak of output recorded in early 2008.

The trouble is, few people believe this. Construction economists have signalled their concerns to the ONS, which is looking into the issue, and will publish its conclusions next Friday. Greg Fitzgerald, the chief executive of Galliford Try, sums up the mood: “It doesn’t chime with what we’re seeing on the ground out there.”

Most economists accept that the industry has experienced a bounce back since 2009, when output fell an unprecedented 10.6%. This was owing to last year’s rebound in housebuilding, growing demand for high-spec London offices and the injection of billions of pounds of government money into construction. So, despite the early coalition decisions to put billions of pounds worth of schemes on hold, as well as scrapping most Building Schools for the Future projects, this money is still in the system.

James Hastings, construction economist at Experian, says: “There are reasons why the second quarter could have been a good one: Crossrail getting going, the fiscal stimulus and the rebound of work after things were delayed by the particularly harsh winter.”

But is that a full explanation? Despite the sense of some bounce back, eyebrows were raised when the ONS said in July that its preliminary construction growth figure was 6.5%. Concerns mounted as it twice revised this upwards. It now says growth was 9.5% in the second quarter and 4% in the third.

So, in just six months, the fall experienced in 2009 was wiped out. Even if you compare this with previous boom periods, it is still abnormal - during the whole of the past decade, annual growth was never more than 5%. In the 1987 boom, it only reached 11.6%.

Noble Francis, economics director of the Construction Products Association (CPA), says: “The problem is, it’s just not reflecting any of the trade surveys that we or any of
the other trade bodies do. It’s not reflecting what’s happening in the industry.”

Surveys by the CPA, the Federation of Master Builders, the Civil Engineering Contractors Association, the RIBA and the RICS show a mixed picture, but nothing like the boom indicated by the ONS.

The controversy follows changes in the way statistics are compiled by the ONS; this affects those surveyed, as well as parts of the survey itself. Tony Crook, who is responsible for the figures at the ONS, says he is looking into the issue and is “close to making a decision” on whether further changes will be made. He says he is investigating whether there have been errors in the way outlying responses are modelled.

Any downward revision could wreck the government’s GDP figures: construction accounted for half of GDP growth in the second quarter and more than a quarter in the third. But it could help construction to lobby the powers that be. As Francis says:

“If the government thinks the sector is booming, it makes it difficult to make important points about what the industry needs. Most importantly, it affects the government’s whole view of whether we’re experiencing economic recovery and what response is needed.”

Indeed, there has already been talk of last week’s figures making a further quantitative easing less likely. Getting the wrong data could make it difficult for the industry to advance arguments for more investment to keep it healthy. If there are problems with the data, we need to know sooner rather than later. 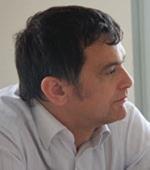 At the moment, even if you factor in a significant fall in the fourth quarter, the Office for National Statistics figure doesn’t seem to gel with what we’re hearing. At a recent suppliers conference, I asked people who believed the data to put their hands up. Just 25% thought it fitted their experience.

It’s difficult to pinpoint, but we have concerns that the changing methodology may have affected things. 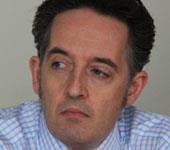 Yes, the figures do look surprising, but you have to remember we had a substantial rise in new orders last year, what with the upturn in housing and the BSF gearing up. And although much BSF has been cancelled, the amount of work still going on is huge and, because the industry’s been gearing up for it, it probably doesn’t recognise it.

Also, remember it’s growing from quite a low base. The fall last year was so big that there’s spare capacity, so a lot of growth can be absorbed without spotting it. There is conflicting data, but I don’t have any basis to dispute the ONS figures as of today.

Brian Green: What might be wrong with the numbers? 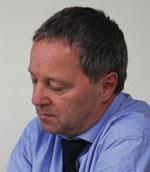 Frankly, lots might be. It’s important to realise that construction output numbers are not actual records of work done but a detailed survey that has been through various statistical processes. What’s more, construction is extremely difficult to measure.

First, we are looking at two surveys knitted together at the start of this year, when the ONS launched its new monthly series. What happened before January was measured differently from what happened after, so it may be that the old series was wrong and underestimated the size of the construction industry at the depth of the recession.

There is evidence that the counting of repair and maintenance work might have undervalued activity during the boom - possibly by billions of pounds. Were that the case, the numbers would make more sense.

As for the high growth rate, there are plenty of possible reasons.

Repair and maintenance is proportionately smaller and new build is larger within the construction mix in the new series. Because new build is volatile, we should expect the series to portray the industry as more volatile.

Another possible reason for overvaluing the industry’s growth rate might come from contractors filling in the survey on the basis of invoices sent. During a recession, when firms are often asked to re-submit invoices at a lower price, this would tend to inflate the size of the industry.

Then there are possible problems with deflators, the coefficients used to adjust for price inflation. These are set to correct for deflation, but if there is inflation in the system the effect would be to oversize the level of activity.