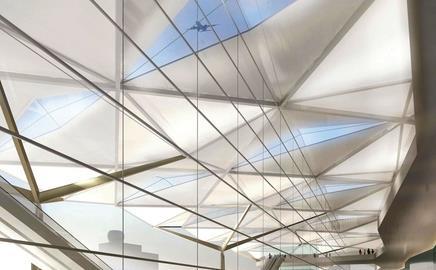 BAA was the client that revolutionised construction to deliver Heathrow Terminal 5 on time and budget, but the cultural change that has followed its takeover by Spanish contractor Ferrovial has left many observers wondering whether that revolution is now over.

Back in the days when Heathrow Terminal 5 was being conceived, somebody at BAA must have had a Zen-like insight … here was a scheme where money was so important that it must be ignored. In other words, the whole £4.3bn project had to proceed without the financial friction that invariably accompanies construction work, and this, one could argue, was the source of the terminal’s eventual success, and the reason why so many contemporary accounts described it as the dawn of a new age.

So it is ironic that, now that T5 is about to open (see pages 42-53) and the critics are paying tribute to the client’s skill in procuring it, it looks more like the end of an era. One former director, who asked not to be named, puts it like this: “BAA should be asking itself what kind of company it is. Is this a company that is investing in the future infrastructure of Britain, or is it a company that is sacrificing its key concerns because of its debt structure?”

BAA acquired its debts in June 2006, when it was taken over by a consortium led by Ferrovial. The Spanish contractor bought it for £10.1bn, a 50% premium on its market value, and to finance the deal it borrowed nearly £9bn from five banks. So, ironically again, it was the company’s perceived excellence that landed it with its present debt burden. Last month, investment bank JP Morgan warned that it could run out of cash in 2009 unless it refinanced its loan or sold off assets.

Since the takeover, BAA has divested itself of a property portfolio and its duty-free retail business, and has mooted closing its pension scheme to new entrants. It has also parted company with a number of senior personnel (see box, overleaf) and the talk now is of a cultural change in how BAA does business.

Margaret Ewing, who stepped down as chief financial officer shortly after the takeover, said Ferrovial was driving the business “purely from a financial perspective”, ignoring its public duty to the millions of passengers dependent on its success.

“Running Heathrow and Gatwick is very important to London and the UK economy and therefore you feel that you are contributing something beyond just driving shareholder value,” she said. “To drive a business purely from a financial perspective means you have got to have different values.”

The former director agrees: “It’s a different leadership model, and the drivers have changed,” he says. “Under [former chief executive] Mike Clasper, it was a FTSE 50 company on the public–private boundary. That changed when Ferrovial came on board. Now it’s about saving cash.”

On the other hand, running airports is an investment-intensive business. Demand for air travel is rapidly increasing and BAA is the world’s largest airport operator, so it must find money for a continual programme of expansion and refurbishment. At present, the company has work worth £6.2bn planned for its seven British airports over the next decade.

That ought to provide some comfort for the construction companies on BAA’s third-generation framework. However, the axe is hanging over 200 staff in its construction project management division, part of BAA Capital Projects, and there have been suspicions that other major changes were happening within the Capital Projects arm. Then it emerged last week that the first major construction project after T5’s completion – the satellite building T5c – would not be built using the famous T5 Agreement. It seemed that Ferrovial’s own private credit crunch was changing BAA’s reputation as the industry’s most enlightened client.

One former employee of BAA Capital Projects, the division responsible for delivering its construction programme, says the change of ownership is already affecting the way BAA does business. “The approach now is about finding deficiencies in the supply chain and cutting them out,” he says. “It’s a world away from the contracting approach of the [former chief executive John] Egan days right through to T5. I don’t think we’ll see that again at BAA.”

Andrew Wolstenholme, BAA’s capital projects director, says the redundancies in the department were a process of “simplification”. “If you look at the size of our organisation over the past two or three years, it has crept up to a level where we feel we can downsize,” he says. “This is not axing 200 people to save money. This is actually getting a simplified process in order to make sure we are fit to deliver a £3.5bn programme at Heathrow.”

The question is how this will affect the future of BAA’s capital projects division. Wolstenholme is preparing to oversee some £6.2bn of work over the next decade, including the refurbishment of Heathrow Terminals 3 and 4, the construction of Heathrow East, and – pending a government inquiry – further terminals and runways at Heathrow and Stansted.

For all its success, T5 can still lay claim to being one of the most expensive terminals ever built. A cost consultant close to BAA says its successful completion would have been impossible if the money had been harder to come by. “Granted, they got great value from the money they spent,” he says, “but it’s still a lot of money. It will be delivered on budget, but the key to it is how high that budget is.”

BAA’s next project on a similar scale to T5 will be Heathrow East. This terminal will have as much floorspace as T5 but will be built to a significantly lower budget, currently estimated at £1.5bn.

BAA was a FTSE 50 company on the public–private boundary.
That changed when Ferrovial came on board. Now it’s about saving cash

BAA says this is because the site needs no rail interchange or road access, and has the advantage of existing utilities and infrastructure, and the project team – including Ferrovial as project director – can use lessons learned from T5.

Tony Douglas, the former chief executive of T5 and now chief operating officer at Laing O’Rourke, the main contractor at Heathrow East, is confident that “there is a lot from T5 that we will learn from and go forward with. If you have something with lots of complexity then by definition you need to grasp the lessons”.

He also rejects the idea that T5’s success lay with the size of its budget. “That is a complete misunderstanding of what this project was about,” he says. “Having the T5 Agreement meant we could maximise value. If we had adopted a conventional outcome, we’d have paid at least a billion more for it.”

However, neither Douglas nor Wolstenholme is able to say that the T5 Agreement will be used again.

“What we’re doing with the next generation of frameworks is picking out the learning from T5 and acknowledging that one cap doesn’t fit all our projects,” says Wolstenholme. “The projects will be run very much in a T5 style, and we will handle risk in appropriately different ways.”

He continues: “Perhaps BAA got too involved in some areas of integration where we should have stood back and let our first-tier suppliers take on more of that accountability. There are a lot of different ways of getting the same result.”

In the meantime, there is some encouragement for those who fear BAA will cut quality at Heathrow East as they cut costs. David Bartlett, BAA’s design director, recently set up an “alignment day” for architects working at Heathrow to congregate and inform each other what their plans were.

Nigel Ostime, an aviation specialist at framework architect 3D Reid, attended the meeting. He said: “The fact that Bartlett chose to do this at a time of change is very positive. BAA wants to make sure that there’s consistency and coherent design, and that we are delivering high-quality buildings.”

Likewise, Douglas says there is no reason why there should be any inconsistency: “Requirements from an ownership point of view don’t make any significant difference.”

However for the former BAA director, who has had experience from within of how the new parent works, there are still doubts.

“The key indicator in this will be Heathrow East,” he says. “Everything you need to know about Ferrovial will be in how they deliver that project.”

As project director for Heathrow East, Ferrovial would seem to be in control of its own fate. The only question that remains is what the cost will be for BAA.

Since Ferrovial bought BAA in June 2006,