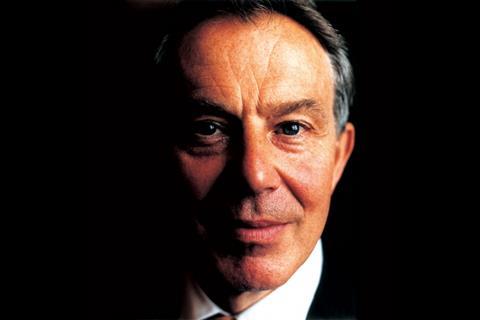 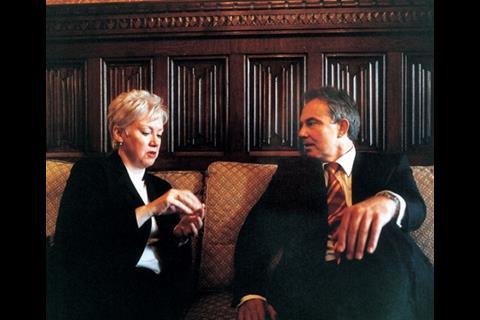 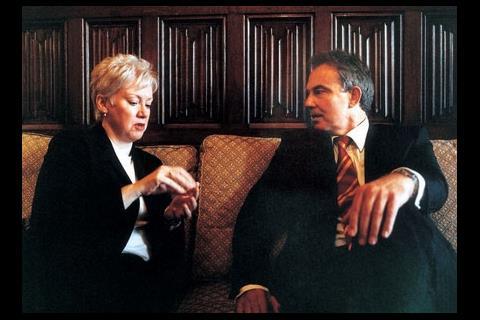 Margaret Ford, our guest editor and a woman who was close to the business end of New Labour’s policies, quizzed the prime minister on his record on the built environment

It’s a bit perverse, but you could argue that Tony Blair’s claim to be the most successful British politician since Benjamin Disraeli has been enhanced by what he regards as one of his biggest mistakes: the announcement he made before the last election that he would not serve a full term as prime minister. So instead of the white, tear-streaked face in the window of the black limousine, we are to be left with the memory of a man who departed from office at least partly on his own terms and in a flurry of activity.

When Building snatched the chance for an interview with Blair at the House of Commons last Thursday he was in transit between Northern Ireland, where what looks like a political settlement of the Troubles has now been achieved, and his Sedgefield constituency, where he was about to make his Great Announcement.

One of the essential skills of a great politician is to come to power at the right time, and you can’t fault Blair here. Despite the best efforts of Michael Heseltine, the Thatcher government did not succeed in regenerating the northern estuaries and the Midlands towns blighted by industrial decline. The Major government was terminally cash-strapped, but New Labour came to power just before the long boom began. If ever there was a man, and a party, in the right place at the right time …

Our interviewer was Margaret Ford, who as chair of English Partnerships was at the heart of the regeneration of the built environment and the renewal of the physical infrastructure of public services. This is what Blair had to say to her about his time in office.

Margaret Ford: I start by asking what role the built environment has played in his premiership.

Tony Blair: I think new building accounts for some of the most tangible change in our country over the past decade. There has been a renaissance in our great cities, and a transformation of our schools, hospitals and other public buildings on a scale not seen since the post-war years.

I wonder if any aspect of this particularly sticks in his mind.

The change for good in our cities and towns has been extraordinary. You only have to visit Manchester, Birmingham, Leeds, Cardiff or Newcastle, for example, to see the difference. Or go to Liverpool and see what’s happening there in the city centre. Many of these cities had gone through very difficult times but the scale and pace of change for the better has been extraordinary. There’s a new confidence, a real bounce in their step. There’s extensive regeneration in London too – at Stratford city on the edge of the Olympics site or at King’s Cross.

What about the smaller developments?

In every community, too, there are wonderful new schools and new hospital developments. There has been massive investment – often with the public and private sector working together – but there has also been a real effort to improve standards of architecture and building.

The result is that you can see superb new buildings across the country. The truth is, of course, that there are still a lot of indifferent buildings but the standard has definitely improved – and, at its best, is the match for anything in the world.

I ask him who he thinks is responsible for these improvements.

We’ve always had great architects, of course, and they are responsible for some of the most iconic buildings across the world. But I think there is a much greater realisation across the board in the UK now of the importance of good architecture and building standards.

Cabe has played a big part in this by advising and encouraging excellence in individual buildings and entire developments.

Developers and builders are working hard to improve standards, using better materials and making big efforts to ensure what they build fits in with the local environment.

Sensing he is hitting his stride, I raise the issue of public sector reform and infrastructure.

Investment has made a big difference. Take schools, for example. By 1997 there had been two decades of chronic underinvestment. Our national stock of school buildings was seriously dilapidated. Budgets were so tight that many schools relied on prefab temporary classrooms, and could only patch and mend their old buildings.

With education famously our top priority, we set out to reverse this. We’ve increased the capital budget for education sixfold in real terms to £6.4bn this year and worked, of course, with the private sector so that 1,000 new schools have been built along with hundreds of classroom blocks, science and language labs, sports halls, children’s centres and the like. Thanks to all these efforts, to education authorities and construction firms, the result is that more new schools have been built in the past five years than in the previous 25. By 2020 we will have changed the face of education in Britain on a scale arguably only matched by the Victorians.

The story in the NHS is similar. We have already seen 100 new hospitals treating patients, with more in the pipeline. It’s the biggest hospital building programme in the history of the NHS.

Pushing him a bit, I query whether the quality is really any better than before.

Obviously green issues have rightly been pushed up the agenda and that has had an impact on Building Regulations, on measures to make homes and buildings more energy efficient. We now don’t just talk about sustainable communities but make real efforts to turn this concept into a reality on the ground – and I think here John Prescott gave a lead from the top. There is a widespread recognition now, particularly as we meet new housing demand, that the answer has to be mixed communities which give people the chance to live and work nearby and where shops, schools, healthcare and leisure facilities are an integral part of the vision, not just tacked on afterwards.

Acknowledging that we are still in the middle of some of that reconstruction, I ask what challenges we face over the next decade.

The biggest challenge is to meet housing demand in a sustainable way. With people living longer and more people living alone, either through choice or family breakdown, demand for housing will keep growing, particularly in London and the South-east. We have to meet this demand and this does involve difficult choices. But I believe the Thames Gateway, with 80% of the development on brownfield sites, shows we can achieve it in a sustainable way.

Does he agree with me that we still haven’t got the planning regime right?

We need, as well, to overhaul the planning process so that we can cut delays without removing protection. That’s what the planning white paper is designed to achieve. I believe it strikes the right balance. We have to push through with the Thames Gateway and other housing developments.

Aware that he has had a number of meetings in No 10 with housebuilders over the years, I ask whether he sees them as friends rather than as foes.

I certainly do. Housing standards are improving all the time. There’s more effort going in to make sure all the facilities needed for a living, sustainable community are also put in place. We have to work together to meet the demand for more houses. It’s not going to go away.

I wonder if he feels he has done enough over the last decade to meet this housing demand.

You always feel you could do more. And there is no doubt that we need to step up a gear to help people on to the housing ladder, to help provide more social housing and to extend shared ownership schemes. But people forget that we inherited a position where we faced a £19bn backlog of repairs to existing houses. By 2010, almost 2 million homes will have been modernised.

Coming to the end of my time with him, I ask if he has a favourite new building.

We have some of the greatest building in the world in the UK and that includes some modern buildings. But I think if you’re talking about those built over the past 10 years, for me you would be hard pushed to beat something like Mossbourne Academy or the Business Academy at Bexley – both fantastic, breathtaking new schools, the first designed by Richard Rogers in the middle of Hackney, the second by Norman Foster. They are not just wonderful buildings but also make teaching and learning a joy. As to favourite architect, let’s just say we have some of the very best in the world in Britain and we should be enormously proud of them.

So that’s it. Fluent and passionate after 10 years in the job. And making time for Building. As we leave, he notices that a young girl has been “sitting in” on the interview on work experience. He calls her back for a quick chat and, exuding the legendary charm, gets our photographer to do a photo. Neither she nor I realise that it’s one of his last meetings before travelling to Sedgefield to announce his resignation. It’s quite a photograph.