Brexit bureaucracy: The new challenges for UK firms exporting to the EU 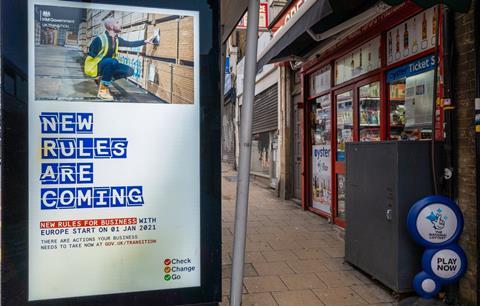 Ian King has a lot to get off his chest. The native of County Antrim is the chief operating officer of ZeroIgnition, a firm which spent a decade developing a fire-retardant chemical for use in construction materials before launching it in the lockdown-stricken year of 2020.

But, during an hour-long phone call on a rare sunny afternoon in March, King (pictured) barely mentions the pandemic. What has caused the most upheaval to ZeroIgnition’s long-term business plan is something else entirely – the government’s Brexit deal.

The trade agreement between the UK and the EU signed on 30 December last year – a day before the end of the transition period – has marked a profound change in the way that businesses in this country interact with those on the Continent. UK exporters to the EU’s single market now face a bewildering succession of additional hoops to jump through before they can reach their customers. With SMEs feeling they lacked clear government guidance in the lead-up to Brexit, it has created turmoil for firms that depend on trade with the bloc.

And, while major global firms have established import/export departments and the infrastructure to adjust, small and medium-sized firms without such resources, like many of ZeroIgnition’s potential customers, are much less well-equipped to cope with the new arrangements.

So it is little wonder that King is audibly exasperated as he describes his experience over the past three months. His firm, which employs around 30 people dispersed in laboratories across the globe, has spent 10 years developing the new fire-retardant chemical for use in a wide range of construction products, from timber and MDF to insulation foam. 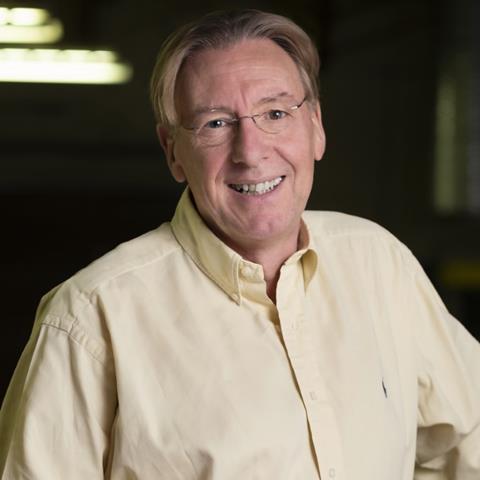 The ambition is for the chemical to be the Gore-Tex of the fire retardant world, King says, with a business plan aimed at shipping into highly regulated markets in developed countries in Europe and North America. Though the firm’s headquarters are in Canada, the product is manufactured in the UK and shipped out typically in 27-tonne tankers. About half of the firm’s customers are SMEs, mainly those dealing in solid wood and cellulose insulation.

After a development process which King says has been like going from “inventing the wheel to creating a BMW”, the product launched last year just as covid-19 travel restrictions were imposed. The timing was unfortunate, but the real problems did not emerge until the firm began attempting to sell the product to SMEs in the EU following the introduction of the new trade deal.

Under the new rules, UK exporters wishing to sell into the EU now need potential customers to supply them with an Economic Operators Registration and Identification (EORI) number – just like they must with every non-EU country. This requires the importing firm to apply to the national government of the EU member state in which they do business so the number can be published on the government’s website.

This process can take around a week and, as King says, UK customs will not consider starting the process of authorising shipments to the customer until they can see the number online. But that is just the start of what the exporter must ask their customers to do. The importing firm must also hire a local customs agent who handles all the customs procedures on the EU side, including making sure that no drugs are being smuggled or taxes and tariffs are being avoided. For ZeroIgnition, this typically costs around £100 per shipment.

For SMEs employing fewer than a dozen staff working in, for example, a wood yard, and which want to use ZeroIgnition’s product, it can quickly become apparent that this process is both too costly and too time-consuming to justify the potential benefits of importing a UK-made product when cheaper and more easily accessible alternatives can be found within the EU. The risk is that firms in the EU simply follow the path of least resistance.

As King says: “These rules put exporting companies in a position where they have to force their customers to do the work. So you want to buy from me? You have to do the work to buy from me. And that puts British business naturally at a competitive disadvantage.”

While EU firms which import from outside the bloc are likely to be better prepared, the size of the single market and ease of trade within it mean that many of its 25 million SMEs do not need to look further afield and so have no experience of the extra steps required. And, for UK firms, language barriers make explaining the added burden all the more tortuous.

King gives an example of how this typically plays out: “So you phone him up and you say in your broken Spanish ‘we need an EORI number’.”

“So he says ‘what’s that?’ and you explain. And then he has to go and do it. And then he gives you that number.

“You explain. ‘Well, where would I get one of those?’ he says. So you give him some numbers of people he could call.

King said that an exchange like this last month culminated in a customer pulling the plug and saying: “Look, forget it. I can’t be bothered with any of that. Because I’ve got another supplier in the EU, I don’t have to do any of this stuff at all. I just phone him up and say, ‘Can you send me a tanker of stuff?’ And he sends it to me, and that’s it.”

With the rules set out by the trade deal with the EU being so new, this outcome now risks hitting firms across the UK, particularly those that do not have established customer relationships and are in the process of trying to secure a foothold on the Continent. “For us, it’s a major impact,” King says, adding that he knows of several other UK exporters who are experiencing difficulties getting their products to SMEs in the EU.

The UK’s exports to the EU fell by an astonishing 40% in January, amounting to £5.7bn of lost trade in just one month, according to the latest ONS figures. In the same period, UK exports to non-EU countries grew by just 1.7%, worth a meagre £200m. These are the worst UK trading figures for nearly a quarter of a century, since monthly records began in 1997. While the turmoil caused by the ongoing pandemic and stockpiling ahead of last December’s Brexit deadline will have contributed to the numbers, the experience of ZeroIgnition hardly suggests that the new trading environment will make a recovery over the next few months any easier.

Hauliers and freight forwarders have been at the front line of this upheaval since the new rules were agreed. Gary Graham, managing director of freight services firm GFS, says it was “absolutely chaotic” in January following the end of the Brexit transition. But, while he says that the overall volume of trade has declined, he has seen a “marked improvement” in the flow of goods across the UK/EU border over the past four to six weeks.

“Everybody is learning to deal with [the rules] at the moment,” King says. “It’s gone from ‘this is impossible, I don’t know how anybody can do it’ down a level to ‘this is a huge distraction from us trying to just run our day-to-day business because we’re having to dedicate people to it’.” One solution the firm is now looking at is setting up a separate business within the EU to act as an importer so the product can then be easily transferred to customers within the single market.

But the problem is not necessarily with the new rules themselves, which the UK already trades under with the rest of the world. Instead, the sluggishness of governments on both sides of the Channel in setting out clear guidance must take much of the blame. Partly this is because no one, either in Brussels or in London, knew what the final trade deal would look like until it was agreed on Christmas Eve last year. With no time for governments  to set up proper support resources, a government helpline was quickly clogged by the sheer numbers of calls being made.

The government’s information focused on web pages that had lots of general text but there were few clear specifics on exactly what firms need to do, which is essential for small firms in particular

Construction Products Association economics director Noble Francis says this has had the biggest impact on SME exporters which lack the resources to deal with both the additional admin and unfamiliar problems as they arise. “The government churned out a lot of information last year about firms ‘needing to get ready’ although some wasn’t very clear,” he says. “Up until the free trade agreement between the UK and EU was agreed just before Christmas, the government’s information focused on web pages that had lots of general text but there were few clear specifics on exactly what firms need to do, which is essential for small firms in particular.”

King says that the confusion which broke out on 1 January on the first day of the deal’s implementation meant that customs “went binary”. He adds: “Either the paperwork is completely accurate, or the shipment is not moving. Those were the only two options.”

Given the nature of trade negotiations, especially the fraught political nature of those between the EU and a departing member state, it is an outcome that could not  perhaps have been avoided. But King suggests that his experience would have been made vastly easier with a simple flow chart tailored to different types of exports, in this case chemicals for construction products. Ideally, these could then be translated into each of the EU’s 24 official languages so the process would be understood by customers. With the process of registering EORI numbers only having to be done once, this could help to streamline one of the initial hurdles and provide a framework for trade to continue.

And the government has plans to set up four regional trade “hubs” in Edinburgh, Cardiff, Belfast and Darlington, staffed with export and investment specialists who will provide firms with localised advice on exporting. The government says that the scheme marks the “start of a major export drive” which will see the Department for International Trade promoting British exports in major growth markets, such as India and Japan.

But this past year has been, King admits, a “nightmare for business decision-making”. With the fragmented nature of construction sectors across Europe, which have a large proportion of SMEs, the friction firms face must be minimised as quickly as possible. The government’s “global Britain” ambitions aside, the added pressure of the Continent’s ongoing – and worsening – pandemic crisis makes this all the more urgent.

A step by step guide to exporting goods from the UK

1/ Apply for any licences needed to export goods into the EU. This mostly applies to animal and food products, but also to certain chemicals. These require safety data sheets translated into the language of the country to which the product is being exported, and – for restricted chemicals – a reference identification number.

2/ Register for VAT if the exporter’s taxable turnover exceeds £85,000.

3/ Apply for an Economic Operators Registration and Identification (EORI). This can be done on the government’s website and requires a unique taxpayer reference number, a standard industrial classification code, a government gateway user ID and password, a VAT number and a national insurance number.

5/ Hire a customs agent to make export declarations and deal with the transport of the goods into the EU.

6/ Find the correct commodity code to classify the goods when making an export declaration.

7/ Make sure a completed invoice and any required licences or certificates travel with the exported goods. This may require proof of origin if the rate of duty for the goods is reduced in the country to which they are being exported.

8/ Keep records of all invoices and customs paperwork.