Brexit: No time to hedge our bets

As polling cards are readied for the UK’s EU referendum, the construction sector prepares for the possibility of a vote to Leave. Building speaks to professionals about the possible profound effects on labour and material costs, foreign investment, and growth and trade 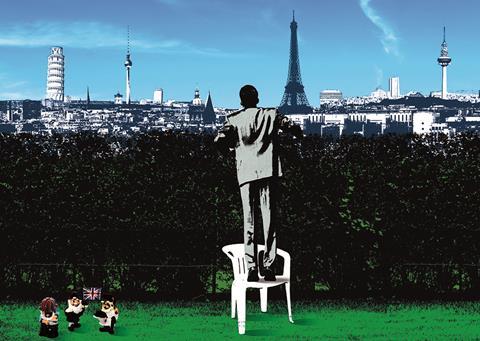 In a week’s time, Britain will know the outcome of a decision that could define the country’s future for decades: whether or not to remain in or leave the European Union.

For construction, the result of the referendum could have a profound effect on the sector.

Just last week, top bosses - including Lipton Rogers co-founder Peter Rogers and Claude-Alain Tardy, the head of Saint Gobain’s gypsum and insulation business - told Building a vote to leave the EU could “destabilise” the wider European economy. This would have a profound effect on construction - an industry that relies heavily on the EU for labour, building materials, investment and trade in the open market – and beyond.

Some contractors have said a Brexit might not be as bad as all that - as most such firms are mainly focused on the UK. And some commentators believe it may not prove harmful in the long term, and could even see the country and the industry prosper in that, for example, a greater emphasis would be put on training up youngsters in construction.

But as Building’s campaign - Building Says IN - has highlighted, certainly in the short and medium term, if the UK leaves the EU then construction will be hit by rising labour and material costs, less foreign direct investment, and less chance for growth and trade.

Construction has a well-known reliance on overseas labour, both for contracting and consulting. A study from the Confederation of British Industry shows construction is the second most domestically focused market. But to do those jobs those companies need labour. Writing for Building last week, James Clark, a partner in consultant Core Five, said migrant labour accounts for up to 50% of total employment on some central London sites.

According to the Chartered Institute of Building, around 10% of the construction workforce is currently made up of migrant labour, while the industry will need to find an additional 224,000 new recruits by 2019 to meet the overall pipeline of work, Brexit or no Brexit. The Federation of Master Builder’s Brian Berry says EU labour is key for small builders, with carpenters and bricklayers most in demand. He says SMEs believe it is “easier to run a business” if Britain can rid itself of red tape post-Brexit. “But on the flip side [smaller firms] recognise there would be less labour available, with key shortages in London and the South-east […] there’s a huge demand for labour.”

On the labour point, Helen Gough, head of buildings and construction at JLL, agrees: “We have a significant part of our labour force, particularly within the London market, coming from continental Europe so the free movement of labour in the European market is crucial.” She adds that, in terms of workforce numbers, a Brexit would hit housebuilding the hardest.

As for consultants and architects, remaining in the EU is even more important. Many have said that for them, free access to the EU and the single market is vital - for trade, skilled labour and growth.

A lot of firms fear a Brexit could stifle growth. Tomás Neeson, managing partner of mid-sized engineering consultancy Cundall, says Brexit would “fly in the face” of the careful work his firm has done to become a global business.

“This has been very successful, but a decision now to take a separatist stance in Europe would fly in the face of this.”

Neeson adds the freedom of movement across the EU has been key to the firm gaining work with some major multinational clients. A Brexit would hamper the firm’s ability to work with clients across the EU and “diminish an influential part of our value to them”, he says.

The free movement of labour in the european market is crucial

Overseeing a £4bn business, which itself is a subsidiary of a £31.4bn turnover group, Saint Gobain’s president of insulation and gypsum activity Claude-Alain Tardy is well placed to judge construction markets across Europe,
given contractors across the continent use his firm’s products.

Speaking to Building in Prague ahead of his firm’s international awards ceremony for contractors that innovatively use its products, Tardy said he believes a Brexit would put off London-based investors, strike the UK’s commercial construction sector, and destabilise the wider European economy.

He explains: “It could impact in particular on the commercial sector. The starting point will be London immediately. There will be international companies that are based in London who will be questioning that. Then you can trigger some indirect effect to the countries mostly in the commercial [construction sector].”

Tardy adds: “I think it will destabilise the economy in Europe for some time. I cannot judge in the long term, but in the short term for sure it will have an impact. It will impact the UK market first of all, and then potentially on the economy of Europe.”

The UK’s construction industry is not only reliant in some places, especially in London, on the EU for labour for projects, but also for the materials to actually build them. A study from the Department for Business, Innovation and Skills in 2010 showed that 64% of all construction materials imported into the UK came from the EU. According to Core Five’s Clark, even the uncertainty of a potential Brexit has seen sterling already drop between 5% and 10% against both the euro and the dollar, raising the cost of those materials coming from the EU. If we decide to leave, it’s more than likely sterling would fall further, pushing the cost of imported products even higher.

The UK and the EU

1957
Six countries - France, West Germany, Italy, Belgium, the Netherlands and Luxembourg - sign the Treaty of Rome, creating the European Economic Community (EEC) which aims to establish a common market, a customs union and the free movement of people and money.

1963
Britain, Ireland and Denmark apply to join the EEC. The UK’s decision is taken by Conservative prime minister Harold Macmillan. But French president Charles de Gaulle blocks the move, saying the UK is not committed to European integration.

1973
Britain - along with Ireland and Denmark - joins the European Community, a trade bloc set up five years earlier. It holds a referendum two years later after renegotiating its entry terms, and voters choose to go ahead with entering the union.

1992
The Maastricht Treaty is signed, paving the way for monetary union - the UK opts out. The treaty introduces European citizenship, giving people the right to live and work in any country across the union.

2002
Three years after the euro currency was created, 12 EU states replace national currencies with the euro. The UK opts out.

2004
EU leaders from all member states sign new constitution in same room where the Treaty of Rome was signed. 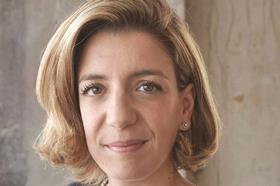 How long have you lived/worked in the UK?
I moved to London to complete my studies 10 years ago. I have worked here for eight and a half years.

What attracted you to move and work here? Do you like living/working here?
The experiences and opportunities I could find in London, I believe I can’t find anywhere else.

What are your views on the EU referendum?
Everyone wants to have their independence but it is also important to see what we have in common. The richness of Europe is to keep the identity of each of the countries but stay together to defend the common interests.

Do you think it’s important for the UK to remain in the EU? Is it important for construction as well?
Of course. As I said earlier, the investments will be reduced in London because of the flow of people.

If the UK votes to leave, do you think it will have any impact on you?
I hope not much because I have been here for so long. But it will definitely make people think twice before coming and it will reduce the opportunities. They won’t have the opportunities I had.

If the UK votes to leave, would it make you less likely to stay?
It will depend on the conditions. If UK doesn’t facilitate interactions, travel becomes harder, the interesting mix of cultures in London will decrease. These factors will make it a less attractive place to be. 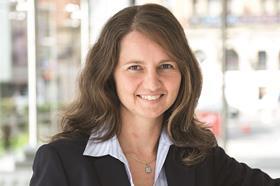 Aneta Drabot, a Polish senior engineer at Cundall in Manchester

How long have you lived/worked in the UK?
11 years.

What attracted you to move and work here? Do you like living/working here?
I was attracted by the job opportunities in UK. I do like living and working in this country.

What are your views on the EU referendum?
I’m not sure what the purpose of the referendum is. If the UK remains a member of EU things are likely to remain as they are but if the UK exits we don’t know what is going to happen as nobody can list out the full consequences. It doesn’t make sense.

If the UK votes to leave, do you think it will have any impact on you?
It might have an impact on me, but it wouldn’t be immediate. The consequences of UK exit are not established yet.

If the UK votes to leave, would it make you less likely to stay?
No. I still would like to stay, so I have decided to apply for British citizenship, and am in the process of completing my application.

There’s still time to sign up to Building’s campaign. To add your name to
the letter and see full results of Building’s construction industry survey on
Brexit click here