Walter Lilly has a great name in high end projects, with impressive clients saying they’d recommend the firm to others 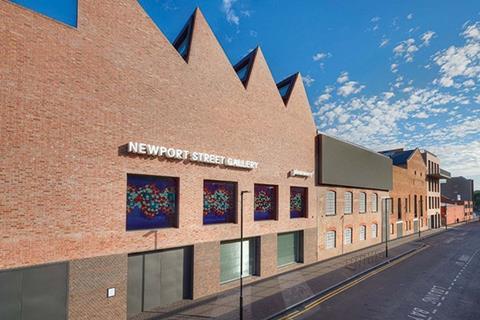 This 90-year old London-based contractor not only has a great name in high end projects, often involving sensitive heritage buildings, but also produced a stellar financial performance this year. Revenue has more than doubled in the last three years with profit rising in line with growth. But it was not just the stats – which also showed steady staff growth and ballooning repeat business – that made this firm a worthy winner. Nor was it just the roster of impressive clients, from the Palace of Westminster, to the University of Oxford and the Royal Botanic Gardens at Kew. It was that Walter Lilly combined all this with a clear focus on meeting and exceeding client needs. In customer surveys, 100% of its clients said they’d recommend the firm to others, and 86% rated it as better than its competitors. A low staff churn rate and commitment to sustainability show it is an employer that cares about offering its staff a good working environment, and its support for construction students at Loughborough University shows its willingness to invest in the next generation. Meanwhile the firm’s vastly improving “hit rate” of successful tenders demonstrates it has honed its commercial operation, and really knows how to align its business around its strengths.

Well-respected interiors contractor BWI has transformed itself in the last two years following the arrival of the former Overbury management team, with a rebrand to BW: Workplace Experts and an aggressive growth strategy. It is now a workplace fit-out and refurbishment specialist and has launched a customer promise – Defect Free at Practical Completion – to make clear it wishes its clients to define it by the quality of what it does. Clients include Estée Lauder and Jupiter Asset Management, and its customers gave it a satisfaction score of more than 8 out of 10. The business clearly intends to deliver on aspirations for improving customers’ experience and is doing this through deep engagement with suppliers – who are all accredited and sign up to the Defect Free charter. BW ensures suppliers are available to carry out work if their prices are used within a bid. Two years into the change programme and the business has already nearly doubled turnover while growing profit margin too.

O’Brien Contractors demonstrates the benefits of a laser-like business focus around defined, ambitious but realistic goals. The firm, which specialises in groundworks and site preparation, has shrunk the geographical area it covers and targeted larger projects of between £3m and £10m, pitching itself as delivering high quality rather than just lowest price. This has been achieved through strong supply chain relationships, and resulted in contracts such as the £7.3m groundworks job for the regeneration of Longbridge Town Centre. In the most recent financial year its results responded with a huge 60% leap in revenue and a tripling in recorded profit to the firm’s highest ever level. But it is not just driving great financial returns – part of the strategy has been to invest in people, with its training budget more than doubling in the last year to over £100,000. This allowed O’Brien to give an average of four employee training days a year – three times the industry average. It has also gained ISO14001 environmental accreditation.

Oakmont is a small contractor with big aspirations. The firm doesn’t let its £16m turnover size stop it from working with some of the most blue-chip clients in the UK, such as Aberdeen Asset Management and Aviva. And these firms clearly like what Oakmont is doing, helping it to generate an impressive 90% rate of repeat business. This customer loyalty helped it grow turnover by 80% last year, while profit shot up 17-fold. Focused on the retail, industrial, commercial, fit-out and leisure sectors, it has received a RoSPA silver award for health and safety for the last six years and is targeting gold next. Its modest size also doesn’t stop it taking on big technical challenges – such as working in a live airport environment and getting the ISO14001 environmental accreditation. The company also has just 5% staff churn, and 40% of its people have been there since the company was set up in 2004.