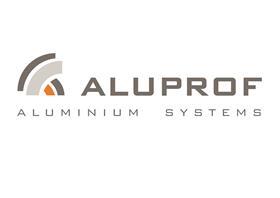 This research and development centre houses up to 1,000 staff under one of the largest timber roofs in the world. The glulam and CLT roof was CNC machined offsite then assembled and dropped into the steel primary grid structure. The walls were put up using a system of prefabricated, self-spanning CLT megapanels that could be quickly erected. Positioned as a gateway to the University of Warwick, the building engages the campus with transparent ground floor spaces showcasing the activities inside. 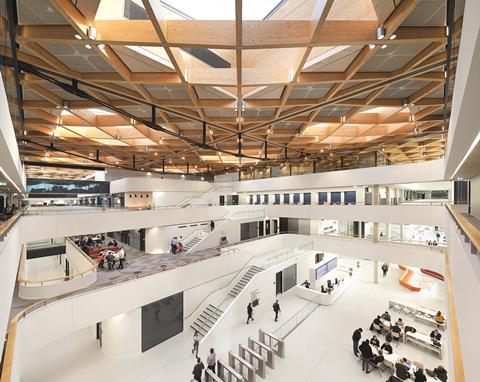 Built on the site of the Raymond Revue Bar in Soho, this theatre is the first phase of Walker Court, a 55,000ft² mixed-use scheme. The theatre is designed to provide a cultural anchor point and reinforce the district’s role as the focus for the capital’s theatreland. Its cylindrical auditorium can revolve at the flick of a switch at both stalls and balcony level to repurpose it for theatre, comedy, cabaret, fashion shows, films or dinners.

The brief from Notting Hill Genesis called for a high-density scheme with a range of house types from one-bedroom extra-care flats to three-bedroom mews homes with rooftop terraces. The result is a new mixed-use neighbourhood in Chelmsford with 600 homes alongside cafes, restaurants, public realm, workplaces and community facilities. Located on a former university campus, it features five new residential buildings, including a 14-storey tower, four new public squares, and three refurbished buildings, one of which is listed.

The hospice is the first in the UK to use the Scandinavian Sengtun layout model, which ties building design in with patient wellbeing.

The environment is especially supportive to patients with confusion, sensory impairments or dementia. The domestic scale of the spaces makes it easier for patients to orientate themselves and shortens staff response times.

The brief was to create a striking, state-of-the-art cardiothoracic facility that rationalised services under one roof. Its elliptical shape has improved patient flow, drawing visitors in and giving clear options for navigation. The design team used the most advanced 3D software and touchscreen technology, and the resulting Royal Papworth is the first NHS hospital rated Outstanding in all areas by the UK Care Quality Commission.

The design was a collaboration between the local community, staff, students and alumni to build stronger links with the town centre and connect its student population to residents and workers. Comprising an academic library and archive, an open auditorium, dance studios, adaptable learning space and two cafes, the building was created as a front door to the town and has been designed to slot seamlessly into its surroundings, inspired by nearby buildings such as Hampton Court Palace.

The refurbishment of No. 1 Court is one of the most significant projects in the All England Lawn Tennis Club’s multi-decade renewal of the Wimbledon estate, the central component being the court’s retractable roof. As cost consultant Turner & Townsend used early market engagement and advance procurement to provide accurate forecasts, with a two-stage procurement process deployed to define fixed-price JCT contracts. The court had to be handed over three times during the programme to host the championships in 2017, 2018 and 2019.