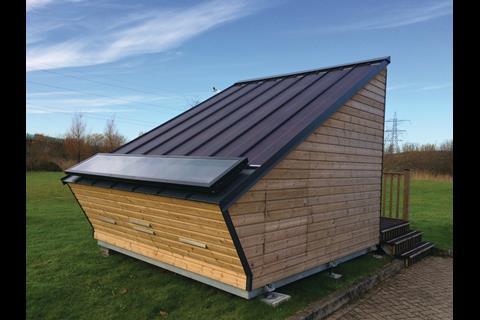 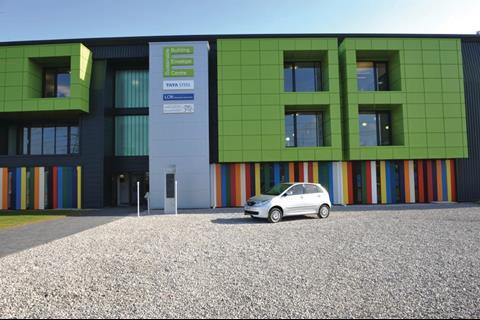 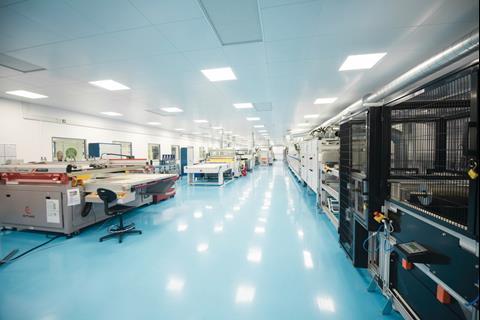 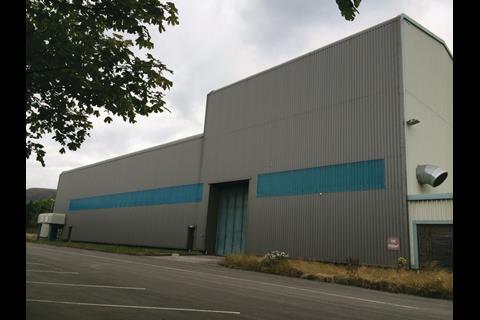 Scientists are working hard to make the built environment principally reliant on renewable energy. But with only 10% of their ideas leading to commercial application, a Swansea-based innovation centre aims to turn theory into practice

But what is perhaps less well known are the business opportunities that spring from these commitments. Green innovation would appear to be a burgeoning industry with scientists and academics researching all manner of ways to transform our built environment to one principally reliant on renewable energy. The problem, according to a recent study by Havard Business School, is that less than 10% of these ideas successfully make the journey from theoretical experimentation to practical, commercial production. However, since 2011, SPECIFIC, an innovation and knowledge centre based at Swansea University, has been dedicated to helping innovation make that leap.

SPECIFIC aims to bridge this gap between scientific research and commercial distribution. It is one of seven innovation and knowledge centres established across the UK committed to the practical realisation of renewable energy targets. The centres bring together research scientists and industry technologists to develop and implement practical technologies.

Jan Bell, business development director at SPECIFIC, elaborates. “We’re trying to help create an industry by developing technologies and uncovering new sources of power from renewable energy. The service we provide is to de-risk the research and development process and increase chances of commercial success. Once that’s in place, it will be easier for us an industry and as a country to meet the renewable energy targets already set in place.”

There are a lot of renewable energy technologies that produce electricity, but heat seems to be the poor relation. Yet the transpired solar collector system has an average 50% efficiency level and a typical photovoltaic system may offer 20% efficiency

“A huge amount of knowledge and material is discarded in the process of theoretical academic and university research. We aim to capture that content and scale it up to a manufacturing solution. We also carry out our work by forging links with global research excellence, 15 partner universities, construction professionals, end users and key innovation partners such as BASF, Pilkington and Tata Steel in order to ensure that theory is practically put into reality.”

One of SPECIFIC’s key areas of investigation is its vision for “Buildings as power stations”. This essentially refers to buildings that can generate, store and release their own energy. To date, 29 patents for innovation related to this research have been filed.

Thus far SPECIFIC has developed two principal solutions as part of the buildings as power stations initiative that demonstrate how they are able to put theories into practice. These are coatings that heat surfaces such as walls and floors and a transpired solar collector with a thermal store. Both could potentially revolutionise the capability of building fabric to produce renewable energy.

Traditionally, most buildings, including homes, schools and offices, are heated by a conventional gas boiler. However, SPECIFIC has been working on a radical electrical alternative that could provide heat from an entirely renewable source.

The approach is based on coating floor or wall surfaces, such as tiles or masonry, with layers of a conductive coating. The coating converts electrical energy to heat energy in the same way many electric heaters in, for example, a dishwasher, already do today. As well as being used to warm floors, walls and ceilings, it could also be applied to heat individual appliances.

Bruce Philip, technology transfer fellow for SPECIFIC, explains that “the technology itself is electrical resistive heating; that in itself is nothing new. The innovation is in the replacement of traditional wire resistive elements with the conductive coating.”

While applying electrical wiring across all surfaces within a house might once have been an expensive way to heat a building, this new technology is designed to operate in a smart building run on DC current in conjunction with local, renewable energy generation and battery storage, although it could be powered by standard AC supply. Conversion of electrical energy into heat energy is near 100% efficient at point of use.

SPECIFIC cites the chief benefits as flexible application, high levels of personal control, rapid responsiveness, retrofit application and the use of a DC current which enables the system to be suitable for use with renewable energy technology.

The solar collector has a double metal skin, its outer layer having tiny perforations that allow heat from the sun to be captured in the cavity between the two layers. The warm air collected in the void is then simply drawn into the ventilation system and distributed into the building. Tata Steel has worked with coatings companies including BASF on coating pigments that maximise the absorption of ultraviolet light.

The technology delivers instantaneous operating efficiencies of up to 75% and is capable of delivering 250kWhm2/year, reducing gas consumption by up to 50%. Because the technology relies on a fairly large expanse of exterior walling to gather heat and high level ceiling ducting to distribute that heat, transpired solar collectors are considered most suitable for industrial buildings. It also offers the benefit of using established technologies and a significant economic payback. But the technology is being developed further. Research efforts are now focused on coupling the transpired solar collector with heat storage so that heat gathered can be used when it is most needed, days or even months later.

Jon Elvins, innovation and technology manager with Tata Steel Europe, who is seconded to SPECIFIC, says: “There are a lot of renewable energy technologies that produce electricity, but heat seems to be the poor relation. Yet the transpired solar collector system has an average 50% efficiency level and a typical photovoltaic system may offer 20% efficiency.”

So how does SPECIFIC convince the industry that what it’s doing actually works? It has more than 25 full-scale demonstrator sites which showcase technologies and provide a means of monitoring and developing technologies under realistic conditions.

The first complete “Building as a power station” has been constructed in Baglan, south Wales, as an “off-grid”, self-sufficient building concept that only uses energy generated by the sun. Among the technologies that have been implemented at the house are coated steel roof sheeting with integrated thin film photovoltaic panels, battery storage to store the electricity generated by the photovoltaics, a glazed solar air collector providing the majority of space heating for the building and heated floor tiles, which supplement the solar air heating system.

Another demonstrator due for completion this month will be specifically designed as a low-carbon home and in addition to the aspects above, will include features such as structural insulated panels, photovolataics printed onto glazed roofing, low carbon concrete and a roof space battery.

As ever, costs will prove to be a key factor in an industry take-up of SPECIFIC’s research products but here too the organisation is confident and with specific reference to the heated coatings, predicts a cost-effective commercial offer, as Philip explains. “It is too early to talk about the likely cost of any products emerging,” he says. “But there is no reason why coated elements shouldn’t be competitive, especially when seen in the broader context of reducing site time and ease of installation.” 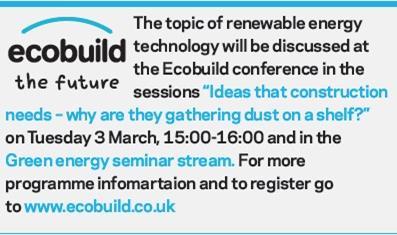