‘But Zaha is in there – is that because she’s British?’ 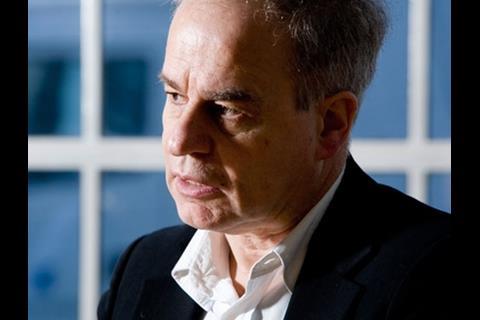 Basel-based architects Pierre de Meuron (pictured) and Jacques Herzog (below) have formed one of the most influential practices in world architecture. But with one or two notable exceptions, they have yet to make their mark on Britian’s built environment 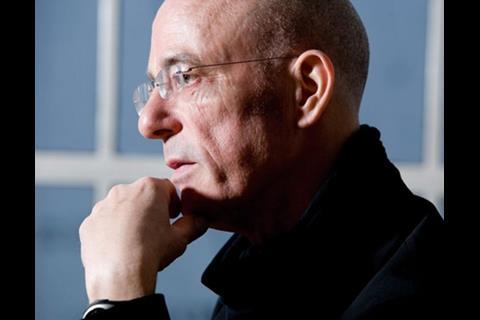 “Why are we not in your Building Hall of Fame?” the superstar architect demands, flicking through the magazine in front of him, frown spreading.

Glasses off, the founding partner of Swiss firm Herzog & de Meuron is holding the magazine a few centimetres from his face, poring over the pictures of those who have made it.

“But Zaha is in there. Is she British? Is that why she is in?” he barks, his fluent English heavily accented with French.

When told that yes, actually, she is, Herzog harrumphs and moves on to another victim. “Sir Stuart Lipton. Why is he there but we are not?”

Should Herzog & de Meuron be on the list, then? Herzog sighs and says resignedly: “No, if it’s a British list we can’t be there.”

Dressed in typical architect drag – black from head to toe – Herzog arrived in London from Switzerland this morning. He and partner Pierre de Meuron have come to Portland Place to collect one of the highest accolades the RIBA has to offer – the Royal Gold Medal.

The award is presented in recognition of a lifetime’s work and approved personally by the Queen. Previous winners include Le Corbusier, Sir Giles Gilbert Scott and Frank Gehry.

We had quite a hard time after the Tate Modern. There were
not many project offers

Yet despite this recognition, Herzog could be forgiven for believing that the UK has something against his firm. According to anecdotal evidence, his outburst is not out of the ordinary, but the essence of his argument – that his firm is not embraced by Britain – is correct.

The truth is that Herzog & de Meuron find it hard to get work here, despite winning the Stirling prize in 2003 and working on one of the most iconic buildings in London – the Tate Modern, which was originally designed by Scott.

“We had quite a hard time after the Tate Modern,” says de Meuron, the less confrontational of the two. “There were not many inquiries. This could be because the Tate was so visible. We had the Laban [dance centre in Deptford, south-east London] but there were not so many other project offers. We wanted to carry on working in London.”

Desperate for commissions in the UK, the firm agreed to work with London & Quadrant Housing Trust in 2003 on a 90-unit social housing scheme in Plaistow, east London. But the firm walked away from the project two years later after rows with Newham council over the proposed designs. Those close to the project say that the practice’s plans would have stretched the imagination of even the most enlightened local authority planner.

But the pair’s UK fortunes are now on the turn and Herzog lets slip that his firm is about to be appointed on two major projects in the UK. This is in addition to a mixed-use scheme in Poplar, east London, that the firm already has planning consent for.

“Neither of the schemes are museums,” he reveals. “One is housing and commercial on a very large scale in London and the other is in the sports world – but it’s not to do with the Olympics and not in London.”

The pair already have a high-profile Olympian project on the books – they are the architects for Beijing National Stadium for the 2008 games. The scheme, an astonishing nest-like structure, will set new standards in the way stadiums are built and experienced. It has already been labelled one of the most important structures of the 21st century.

But the project is not without controversy. Chinese designers were angry that Western architects had been brought in to design projects on their territory. This anger led to condemnation of the proposals within China.

“The criticism mainly came from older Chinese architects – that it was a waste of materials and a stupid construction. But that was not the case because we could prove it was economic and that we don’t need a lot of steel.”

He is adamant that bringing in Western architects was not a form of neo-imperialism. “It’s not colonising or imposing anything from the outside.

It’s learning from the Chinese but also bringing something in – an exchange for the best,” he says.

De Meuron insists that, even though the Beijing stadium is classed as their finest work to date, the pair, who are both 56, are not about to throw out their sketch books and retire on a high.

But he and Herzog have just begun intensive discussions on their succession plans and are considering the options. He adds that it is normal for a practice to close when the founding partners retire, but that nothing has yet been decided.

It would certainly be hard for successors to continue the duo’s style, since they pride themselves on not having one.

“I think our architecture looks very different from one project to the next,” Herzog says. “We don’t have a message – there is absolutely no message in architecture.

“There are so many stupid messages already in the world – why would we want to add to them?”