CITB: Getting training into shape

After a turbulent year that almost brought its demise, the CITB is to reinvent itself as a co-ordinator of skills delivery rather than a direct provider, slashing its staff and closing its Norfolk training base. Can a smaller CITB better tackle the industry’s big skills crisis – and finally satisfy its detractors? 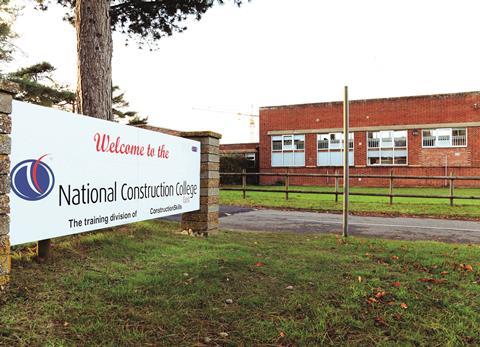 The CITB is seeking a third-party provider to take over the college at Bircham Newton, and close its HQ there

A 50th birthday is often a time for reflection: the Construction Industry Training Board is no exception. And like many when they hit the half-century mark, which it passed last year, the CITB is trying to slim down. A fortnight ago, the CITB’s chief executive, Sarah Beale, unveiled proposals to streamline the organisation. Around 750 jobs are understood to be at risk as a result of a dramatic reduction in the organisation’s activities, which has been prompted by a review carried out by former construction tsar Paul Morrell for the government.

As well as exiting the direct provision of training at the National Construction College (NCC), which shares the CITB’s headquarters in rural Norfolk, the organisation is planning to shed its responsibilities for administering the national card accreditation system for site workers. In addition, the body has proposed exchanging its existing base at Bircham Newton for new offices in Peterborough.

The CITB’s slimming-down follows plans to cut its levy from 0.5% of employers’ wage bills to 0.35%, with the 1.25% rate for subcontractors kept at the same level, which applies from April next year. Here, we consider the brain-teaser facing construction: how will a smaller CITB deliver the increased training that the industry desperately needs?

CITB has historically been promoting its own skills provision so there has been an inherent conflict: divesting out of those interests will solve that conflict

Such a radical revamp appears an odd move when skills shortages remain a big headache across the industry. Only last week new figures from the Department for Education showed that the total number of apprentices has actually fallen since the introduction of the government’s on-the-job training levy in April.

Resistance to the CITB’s mooted departure from west Norfolk is being spearheaded by local Conservative MP Sir Henry Bellingham, who says that local people are “very, very angry and surprised” by the CITB’s announcement. Closure of the Bircham Newton headquarters potentially robs west Norfolk of one of its five biggest employers. His fear is that many of the CITB’s present staff might struggle to find stable new jobs in the the local economy, where seasonal holiday employment is the main staple. “It would take a large chunk out of the local economy and would be very damaging,” he says.

And it is a shortsighted move, argues Bellingham: “This is quite extraordinary at a time when the government is pushing the construction skills agenda with extra money in the Budget. To throw the whole thing into reverse is reckless in the extreme.”

The CITB has said it is it is looking for a third-party provider to take over the National Construction College at Bircham Newton. While Bellingham accepts the case for the CITB’s direct training provision to be outsourced, he believes it is vital to keep the headquarters at its present location on the same site as the training centre in west Norfolk. He argues: “That gives the oversight to make these other things work. If [the CITB] disappear they will take away the key people who can help to smooth that transition.”

The reform package has appeared following a bruising autumn, which saw the triennial vote on the CITB levy. The most notable thumbs-down in the vote was delivered by the Home Builders Federation (HBF), whose members voted by nearly nine to one in favour of scrapping the training body.

“It’s not that we don’t think there should be a body in charge of training in the construction industry; we just don’t think CITB is doing it particularly well,” says a spokesman for the HBF.

However, across the industry, more than three-quarters (76.9%) of employers backed the organisation’s retention and the new levy.

Mark Farmer, chief executive of consultant Cast and author of last year’s wide-ranging government-sponsored review of the construction industry, says the CITB’s accretion of new responsibilities over the years has turned it into a “Frankenstein’s monster”, implying that its assorted functions are lashed together into an uncoordinated whole.

Richard Threlfall, head of infrastructure, building and construction at KPMG, does not believe the industry will be harmed by a shift away from direct delivery of services by the CITB. The organisation has been living in a time warp, he argues: “It was established in the days you set up public organisations like the Milk Marketing Board in order to deliver directly.  Nowadays it’s far more normal for the government and the public sector to achieve through other organisations.

“It’s become too bureaucratic and needs to be slimmed down and deliver more through others.”

Brian Berry, chief executive of the Federation of Master Builders (FMB), agrees: “The recognition of streamlining and cutting costs is very good.” Farmer too says it is right for the CITB to go down the road of becoming a strategic and enabling body.

And while some may miss the bucolic charms of west Norfolk, the industry consensus backs the CITB’s headquarters move. “Bircham Newton is inaccessible: moving it to Peterborough is positive,” says the FMB’s Berry.

David Frise, chief executive of fit-out association Finishes and Interiors Sector, says his members do not make much use of the National Construction College at Bircham Newton: he remembers one commenting that the cut-off location was about much use as Fiji.

It’s not the most important issue, though, he adds: “I don’t care where the administration base is; it’s what they do there that matters.”

Added responsibilities such as the administration of the site card system have, Farmer argues, “diverted attention from more important things”. He says: “As long as they are worrying about what training is happening at Bircham Newton, their eye won’t be on the ball. CITB has historically been promoting its own skills provision so there has been an inherent conflict: divesting out of those interests will solve that conflict.”

But Farmer acknowledges that the industry runs the risk of a short-term shrinkage in the overall volume of training provision. “It’s important that there is a transition plan that enables anything CITB is currently doing to be taken on by others so we don’t go backwards,” he says.

Suzannah Nichol, chief executive of Build UK, says the CITB’s withdrawal from direct delivery of training will not result in a “huge” reduction in training. “It’s not like the old days when you used to go up to Bircham Newton for scaffolding training: the majority of training is provided by the market in a whole range of ways. They are not dropping anything that the industry really needs.”

The majority of training is [already being] provided by the market in a whole range of ways. They are not dropping anything that the industry really needs 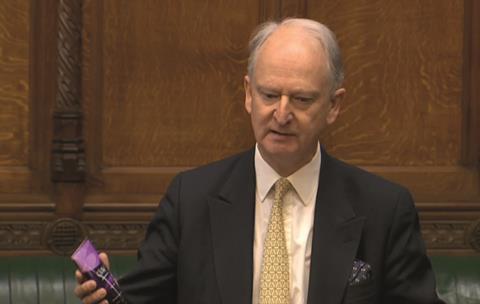 KPMG’s Threlfall says the success of the CITB reforms will be determined by the extent to which the organisation can transform itself into a more sophisticated procurer of services on behalf of the industry. He welcomes much closer co-ordination between the CITB and the Construction Leadership Council (CLC), which have already collaborated on an exercise to map the industry’s skills needs over the next 10 years.

The acid test, though, is whether the CITB can deliver its mooted reforms. The FMB’s Berry says: “The challenge now is making sure that this acts like a different organisation.” Frise adds: “We have had jam tomorrow for a long time from a succession of chief executives: Sarah appears a bit different, but time will tell.”

The key issue for Berry is the need to implement a “radical overhaul” of the process of claiming training funding. “Anything they can do to simplify funding arrangements would be a step forward, because too many SMEs see it as too much hassle and don’t bother claiming the money.” Frise agrees: “They pay in far more than they get back. Getting money back is very difficult. It feels more like a tax than a levy. Nearly half don’t both to claim because of the perceived administrative burden.”

The HBF’s spokesman says: “Big builders are having to employ people specifically to make applications to CITB: a lot of small companies can’t afford that. It shouldn’t be that difficult to get out money.”

A survey carried out by the CITB itself found that of the 60% of construction SMEs to have undertaken training in the last two years, only 40% had claimed a grant. Frise says the key is for the grant process to become as “frictionless” as possible.

The picture isn’t black and white, says Build UK’s Nichol, who argues that the CITB’s job is to deliver in line with the skills needs of the industry as a whole, not those of individual firms. “We’ve been clear over the last year that the levy should be used to fund the skills that the industry really needs, not what people feel they would like in their company.”

She believes the CITB needs to make good on the promise by Geeta Nathan, its head of economic analysis, to “move from simply returning levy to really adding value to the industry.”

The danger of the current set-up is that it encourages companies to procure training purely for the sake of ensuring they have recovered in grants the money paid out through the levy.

Nichol says: “We have people who have gone from company to company and done the same [health and safety] training but haven’t had the occupational or management skills that will help the industry to do better.”

“They should be thinking about jobs out rather than grant out,” says Threlfall, referring to the CITB.

In the meantime, though, the CITB’s future at Bircham Newton remains up in the air. Following a meeting with housing minister Alok Sharma last week, Bellingham is hopeful that the CITB’s proposed move from its existing headquarters is not a done deal.

He says: “Ministers are very angry that the CITB are causing this totally unnecessary distraction.”