Construction's next generation: here’s what we think 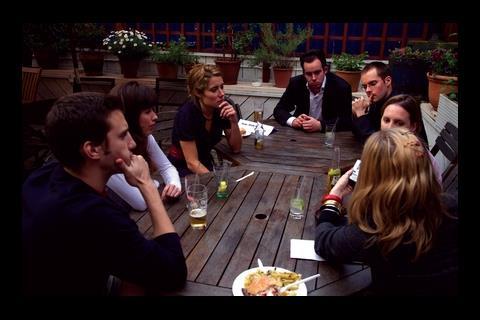 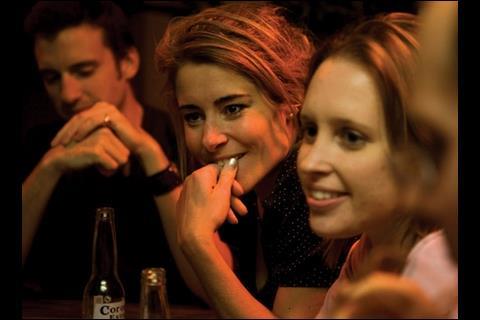 Construction’s next generation has a lot on its mind – training, sustainability, recruitment, not to mention the OFT inquiry …

The Office of Fair Trading inquiry into bid rigging has hit the industry hard.

We’ve heard how chief executives are setting aside entire days each week to deal with the repercussions, but what about those at the other end of the spectrum? Here we find out what construction’s bright young things have to say on the matter and how they feel the industry could serve them better.

OK – let’s start by getting your thoughts on the biggest issue of the moment, the Office of Fair Trading (OFT) investigation. Has this filtered down to you and is it a cause for concern?

Richard: I want to start by saying that although this won’t show the industry in a good light to the outside world, I don’t think it’ll change perceptions internally.

Most people knew anti-competitive behaviour went on and considering how much work goes in to tendering and the fact contractors don’t want to say no to clients, it’s no surprise.

Guy: I agree. I also have to say that I’m not sure how much this will affect us at our level.

Really? Do you not think that young people in the industry or those planning a career in construction will look at this and consider whether it is the sort environment they want to be a part of?

Nikolai: I don’t know the extent to which people look at issues like this when choosing a career. As far as I can see it’s a case of looking into it with other options and deciding it’s the best match for you.

Sarah: But I think when things like this happen it should make us wake up to the fact that this does go on and that, as a new generation, we have to take it on board and make sure we keep what we do competitive. With PFI for example, it’s all competitive dialogue and so everyone is accountable and the client can get the best price. The bidding process is long and you just can’t fake that. I wonder whether the sorts of problems the OFT has identified would be eliminated if this type of bidding was the used across the industry.

Richard: I think there are much slicker ways to get value for money – people haven’t got the time to put together tenders in the way you’re suggesting. The tendering process, particularly in the public sector, seems to be driven by a lowest cost approach but more effort needs to be put in to choosing the contractor that can provide the best value. Negotiated tendering with one company from a more refined list of suitable contractors would not only involve the contractor earlier in the design and procurement process, thus improving the buildability of the design, but would also maximise value for the client. Contractors have limited resources for estimating, which are overstretched by the protracted bid processes used by some clients. These then are more than likely to increase tender prices in the long run.

So you think anti-competitive behaviour occurs when contractors do not have the resources to go through lengthy bidding processes but want to keep clients on side?

Richard: For the smaller firms perhaps – let’s just say I don’t think anyone was shocked that so many smaller companies were named by the OFT. The larger outfits were more of a surprise, as you’d expect them to have the resources to bid without being involved in anti-competitive practice.

So what do you all think of our Rebuilding Trust campaign, which is calling on the industry to pledge that it does not condone anti-competitive behaviour?

Katy: Sounds good in theory, but how exactly would it work? How will it actually make people behave more competitively?

Nikolai: Could I just cut in here please, as I have been thinking about that. The point is that it’s one thing saying you have systems in place to combat anti-competitive practice but it’s another to publicly sign up to something that reinforces that. As far as I can see, this is exactly what this campaign does and it is a step in the right direction. It gets people moving towards a more open, honest industry. I remember a similar situation involving York Football Club where there was a campaign to ban racism. Everyone scoffed and asked how this campaign could stop racism, but that’s not what these things are about. It’s about making a stand to help a common cause. Anyway, the people who didn’t sign up were asked why they hadn’t and it made them think about their decision. That’s what Rebuilding Trust should be about – getting people to make that first step.

What about the way the industry serves you as young professionals more generally?

Do you feel the sector is getting it right in other areas?

Guy: Well, I think the industry is being taken over by the under thirties, so it is becoming better at serving us. Increasingly things are getting more environmentally-friendly and youth driven, and there is a more modern approach to business. On the other hand there are the old industry stalwarts who want to continue to work how they have been for the past 30 years – and you can’t argue with their success, as some of the most powerful companies have conducted deals on the golf course. At the same time, now there needs to be more emphasis on sustainability and the environment and in that sense the industry really has to change.

Sarah: I’d agree with that. There are some people who’ve worked at organisations for years, who are great at what they do but are no longer aware of what the key issues are.

Sophie: I have to say quite a few of my colleagues are near retirement age and I really enjoy going on site with them because they carry out business in such a different way. By that I mean there is time to make a decision without the pressure we find ourselves under today. My mentors tell me not to rush, but the pressure to get information out as quickly as possible because of targets is huge and a problem is that I have my mentor saying “oh don’t worry about it” because he isn’t concerned and has no sense of realism over the situation we’re in these days. I think this gulf between us and our bosses can cause young people problems.

Richard:  I’d second that and say we’re losing a lot of what attracted people to the industry in the first place – a fun, rewarding environment to work in – because the pressure is getting too much.

Nikolai: I think that’s just a factor of work in general, though. We’ve all heard stories of people leaving the office in the early hours just to change their shirt. A lot of people under 30 don’t like the idea of going to work. It just doesn’t really appeal to us any more!

So you all think the pressures of working have increased, but what do you think the construction and architectural industries can do to entice young talent?

Richard: It could do much more to reach out to people. There are youngsters in schools who’d be great for the industry if they were given the information to pursue a career.

Katy: I can vouch for that. I knew nothing about the industry but I had a really good-looking teacher who said I should be an engineer so I just said, “yes, Mr Wilkinson, whatever you say,” and that was my career choice. When that’s the way people fall into an industry it’s clearly not doing enough.

Sophie: I always loved graphics and art but I never thought, “I want to be an architect,” because the option was never presented to me. That’s what I want to see change. I have gone into primary schools and helped out with workshops where the kids helped design and build models and explored things they’d never thought about. At the end of three or four weeks there were kids you could see becoming architects. Even better was watching them engage so well and say, “I want to be an architect when I grow up.” To give an idea like that to a seven year old is what this industry should be doing. We need to get ideas out to people when they are very young. The other thing I believe is that there should be better integration between sectors. For example, I think architects should spend a year on site as part of their training.

Katy: I totally agree. The industry would serve everyone, not just young people, better if there was a greater understanding between sectors. I want to know more about what other people do to help me understand the entire process much better.

Sophie: And it helps you learn. When I was training I thought I could design anything and it would be miraculously built. It wasn’t until I started work that I realised it couldn’t work like that. Integration with everyone else involved in completing a project at an earlier stage would have helped me understand this.

Richard: The industry should be seen to be doing more, whether getting out to universities or integrating disciplines in training, to showcase how good it can be.

So what would your message be to the industry after your discussion today?

Guy: That we want to know more about our own industry and what goes on in sectors other than our own.

Sophie: And that we feel that when things like the OFT investigation happen it’s worrying but that there are other areas for us to focus on to try and make this industry more attractive to other young people.

For more on the challenges facing young people in the industry go to www.building.co.uk/students