Contractors' salary survey 2018: Ready for the off 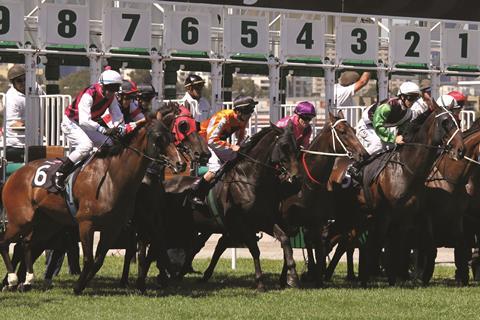 An ongoing skills crisis, an uncertain political and economic environment and some of the slimmest margins on record. These are the big factors influencing the financial operation of contractors this year and in turn the financial futures of those they employ.

Earlier this year, Building’s latest Top 150 contractors and housebuilders survey revealed that average margins across the top 10 contractors had been squeezed to just 0.38%.

Unsurprisingly, with contractors feeling the crunch, wage growth for contracting professionals has remained more or less flat, albeit still outstripping the national average.

The precarious position of contractors was perhaps best highlighted at the very start of this year when it all came undone for construction behemoth Carillion, which went crashing out of existence in spectacular fashion.

With all that in mind, it is unsurprising that many of those employed by contractors are not overly optimistic about their futures, with just over half saying they feel positive about their career prospects.

The latest annual contractor salary survey, undertaken for Building by recruitment firm Hays, seems to show that despite this lack of optimism in their career prospects, people are preparing to take the plunge and make a move in a post-Brexit world.

Hays’ survey of professionals employed by contractors, conducted in early summer this year, found an increase in the proportion of people willing to jump ship post-Brexit, with 59% of contracting professionals expecting to move jobs in the next 12 months. This is up from 53% the previous year.

This comes as salary growth remains by and large stagnant despite increases across all job types covered in the survey. The average salary growth of 3.2% that it found at contractors is up from 3% the previous year.

So with the skills crisis as keen as ever and companies feeling the pinch, will a greater willingness for movement by staff force contractors to boost wages over the next 12 months? And if not, will they lose staff to their better paying siblings, the housebuilders?

With almost 60% of employees planning to move in the next 12 months and around 35% planning to do so in the next six months, there’s clearly a much greater willingness to switch jobs post Brexit. Despite this, employees are less optimistic about their career prospects this year which could have an adverse effect on employee movement.

Just over half of employees said they felt positive about their career prospects this year, lower than the 63% who felt positive last year, a consequence perhaps of the ongoing uncertainty in the sector. Hays said it was evident that despite more employees considering a move, they are concerned that there are fewer opportunities available.

Kevin Cammack, construction analyst at Cenkos Securities, said: “I was aghast when I saw the number of people who think they will move in the next year, but I expect that has something to do with the fact we have been living with the uncertainty of Brexit and in 12 months’ time that will be a bit more solid.”

Duncan Bullimore, director at Hays Construction, agrees saying: “While staff might have some worries about what the future may hold, it’s positive to see that employers are being more transparent with the career opportunities available to them within their current organisations.

“Sixty-eight per cent [of staff] said there was room for progression within their company compared with 60% the year before.”

Despite strong hiring plans, and an increased willingness for movement by staff, employers continue to be challenged by skills shortages – 95% told Hays they had experienced some form of skills shortages over the past year.

Brexit is once again having a negative influence here, with Bullimore saying: “Securing the right talent is likely to become more challenging as applications for roles from EU workers slow ahead of Brexit.”

Almost two-thirds of employers said they have faced extreme skills shortages, higher than the 21% who reported the same thing in 2017.

Employers highlighted a lack of people entering the industry as the single largest reason for the skills crisis, with 52% saying this was the major cause.

Bullimore says: “Employers are making use of temporary and contract workers to help alleviate skills gaps – 45% say they hired additional temporary or contract staff in the past year, [compared with] 39% the year before.”

The lack of appropriate staff to carry out work meant more than 60% of employers say the continuing skills shortages have had a negative impact on productivity, which was higher than the overall UK result of just 49%.

More than 40% of contractors said shortages had hampered the ability to deliver projects, while 31% say they have been an obstacle to growth. Small wonder then that firms will be looking to recruit.

The offer of extra cash is still likely to be contractors’ greatest weapon when it comes to recruiting fresh talent.

Bullimore says: “We know employers are focused on hiring the right talent to help plug skills gaps, which have challenged the industry for a number of years, and the majority of employers are still very much planning ahead.”

More than two-thirds, or 69%, of employers told Hays they had plans to increase salaries again this year, which is broadly in line with employees’ expectations, of whom 60% expect their salary to increase over the next 12 months.

The good news for employers is that staff have reported significantly higher satisfaction levels than last year. Close to two-thirds of employees say they are currently satisfied with their salary compared with just 47% last year.

So what could push an employee to leave a business, where it appears they feel largely content? Aside from salary, employees are prioritising both job security and work-life balance when considering a new role, with 21% equally selecting these factors as the most important when considering a move.

A positive sign is that employers seem to be attuned to the needs of staff, with 20% of them saying that aside from salary, job security was the most important factor to highlight in order to help them attract staff, followed by benefits packages (15%) and work-life balance (15%).

There is another problem for contractors, the fact their housebuilding counterparts seem to be able to offer what they cannot – booming pay increases to professionals based on solid profits and margins.

In the 2018 Housebuilders Salary Survey, carried out for Building by PSD Group, it was found that construction/build directors had scored pay increases of 9.3%. By comparison, the top performing job role for pay increases across contractors, senior site manager, claimed a 5% increase.

Cammack says he is unsurprised site managers scored the highest pay increase, in large  part because they were the professionals with the most skills directly transferable to housebuilding. “I’m a little surprised the jump for that position isn’t higher.

“When you get to that level the skills are more interchangeable with housebuilders and they have been much more aggressive in terms of employment.”

Cammack says the other reason housebuilders are able to pay site managers the big bucks is that they are paying significantly fewer professionals than their contracting counterparts.

“If you compare the number of professionals required on a housebuilding site with the number required to build a bridge or tower it’s significantly less, meaning housebuilders can afford to pay more, which does create an issue for contractors when there are positions that are transferable,” Cammack says.

The other issue for contractors is that not only are wages at housebuilders increasing more quickly, they are much higher. Of the six contracting positions surveyed none had a national average wage of more than £70,000.

By contrast the 10 housebuilding professions highlighted in that survey just one had an average national salary less than £90,000. Design directors, the only title to miss the £90K-mark, were paid an average of £89,000.

For contractors, a sector already facing an acute challenge to recruit, if the golden age of housebuilders continues past Brexit they may be the greatest threat to staffing of all when recruiting site professionals.

In early summer 2018, Hays surveyed 949 employees and 487 employers from contractors and multidisciplinary firms.

Salary data has been compiled using information gathered during 2018 from Hays offices across the UK. It is based on job listings, job offers and candidate registrations.