2
Dare to be different
Focus

Dare to be different 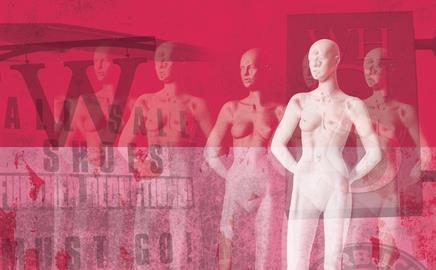 While Britain’s high streets continue to clone into retail sameness, and new housing looks the same from Inverness to Cornwall, we mustn’t forget that distinctiveness is what makes places work, argues Neil Lee

The homogenisation of our cities, towns and villages is both troubling and well-publicised. Mass housing is indistinguishable from one place to the next – RIBA complaines about the “Noddy boxes” littering our landscape – and our high streets are dominated by soulless chain stores, in what the New Economics Foundation calls the clone-town phenomenon.

Homogenisation has consequences. Most obviously, it is boring. Other effects are less tangible; as places become less distinctive, it becomes harder to build and sustain cohesive communities. As locations become less distinct, local residents have more individualist attachments to them.

At the Work Foundation we argue that local distinctiveness is the key to creating successful places. Our argument is broad and simple; cities, towns and villages can use their distinctiveness – their character or identity, or rare specialisms – to succeed.

On one level this is about standing out, and differentiating each place as special. But on another it is about appropriateness – recognising what is distinctive about local areas and building on it. Strategies will succeed if they are implemented alongside a genuine local asset.

Places can exploit three keys types of distinctiveness. The first of these is functional distinctiveness; local plans or economic development strategies recognising what is distinctive about a place’s economy or society. Attracting new firms can work, but there has to be some reason for a firm to locate in a particular location. A new science park, for example, is doomed without a specialist labour force.

Historic cities such as Oxford or Edinburgh acknowledge and exploit their physical distinctiveness. Where this is not an option, strategies could otherwise involve the use of iconic architecture, public art or high quality new buildings. It is important, however, that this is a catalyst for some genuine change, as a big statue amid dross would be a hollow strategy.

The third type of distinctiveness exploits the image or identity of a place, creating a buzz through music, sport, reputation or branding. Again, this strategy needs something tangible to build on – the distinctiveness needs to be something more than a just a new logo.

Is the Thames Gateway distinctive? Yes and no: most people, especially those from outside of London and the South East, have little awareness of what the Thames Gateway is, although they may recognise areas within it. Much of the new housing being built in the region is – rightly or wrongly – perceived as substandard, uniform and dull.

a big statue amid dross would be a hollow strategy

However, there are several examples of good practice in the area. The Royal Arsenal in Woolwich, masterplanned by Allies and Morrison and built by Berkley homes, is a high-quality development that retains much of the fabric of the original buildings. Despite some concerns over the lack of local amenities, the development has a distinctive identity, which builds upon local history and retains important historic buildings.

Further downstream, the Hemingway-Design/George Wimpey development, the Bridge, is just one of a cluster of similarly exciting schemes. Some are more curious, such as the Land Securities’ plan for an iconic piece of public art at Ebbsfleet; while potentially successful, this piece of art must be a symbol or catalyst of a broader strategy for the area, and not just another Angel of the South.

Where should the Thames Gateway go from here? Detailed prescriptions would be inappropriate, but some general principles are important. Firstly, we must work out what makes the area distinctive: Common themes for the area might include the Thames Estuary, or the Olympics in 2012. Yet the Gateway is a sprawling and fragmented region; attempting a unified and distinctive identity would be both difficult and counter-productive. Local identity is better addressed at a local level.

Secondly, developers need to focus on quality rather than flash marketing; to scatter the odd “icon” across an otherwise bland suburban landscape may provoke cynicism. The long-term benefits of good quality, architect-designed developments with carefully thought out service provision may be great.

One suggestion is that the Thames Gateway could become a flagship for sustainable development. It’s a worthy goal, but one potentially fraught with difficulties, given that many Gateway developments are – according to CABE – “divorced from any tenable public transport links”.

Finally, and perhaps most importantly, events in the Gateway should be seen as part of a catalyst for the future, not a finite programme with a definite end. The closing ceremony of the Olympics, or tenants moving into the last house in any new development, will each represent important milestones in the regeneration of the Thames Gateway, but they will not represent the finish line. The region’s diverse stakeholders should all be thinking of the long term; the best developments – think of Edinburgh’s New Town – endure for hundreds of years.

Designer Wayne Hemingway has described the regeneration of the Thames Gateway as a “once-in-a-lifetime opportunity”, and he’s right. But at the risk of sounding pompous, the legacy of a high-quality, cohesive and distinctive Thames Gateway could last even longer than that.

Neil Lee is a senior researcher at the Work Foundation

For more information on the Work Foundation’s work on cities visit www.theworkfoundation.com/products/ideopolis.aspx