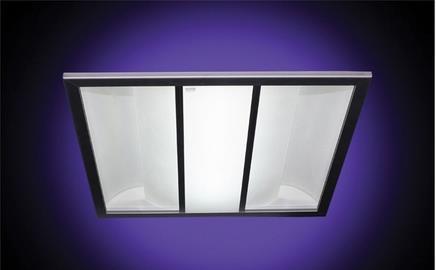 Aura Corporation has launched the Actulite Venus luminaire, which uses the Actulite polarised daylight lighting system to produce a quality of light identical to natural daylight, claims the company

The 600 x 600mm recessed luminaire uses a patented Actulite flat central panel with two curved Actulite wings to give direct polarised daylight while reflecting indirect light down from over the top of the wings.