Dead Sea canal: And the dead shall live 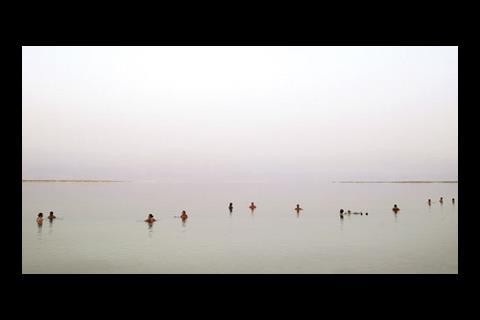 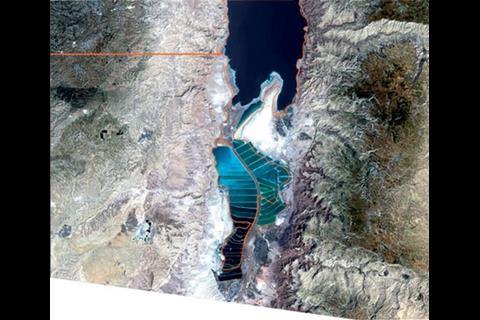 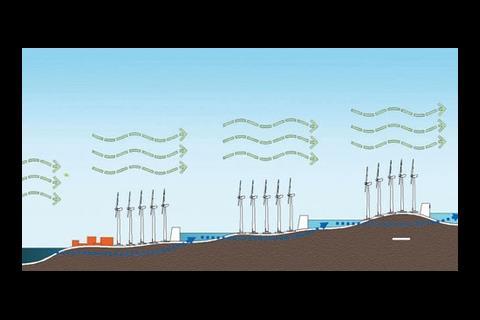 The Wadi Arabah zone, where water will be pumped up 125m over 50km 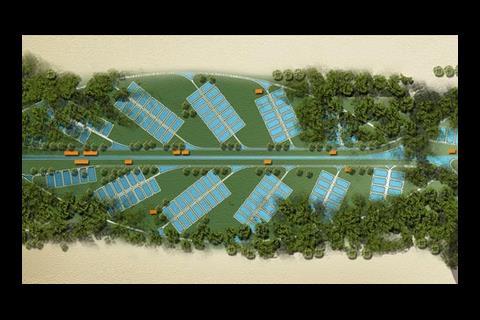 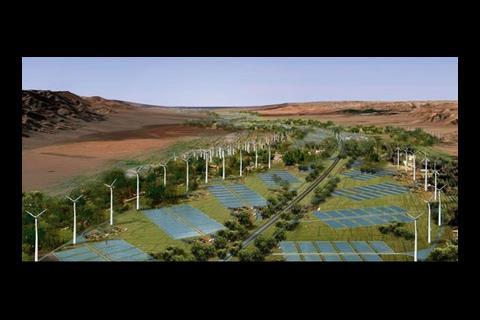 Vikki Miller reports on how a canal became an obsession for architects and engineers around the world, including a chap at Foster + Partners

Like many fixations, it started innocently enough – in this case during a late dinner in downtown Amman, Jordan. It was February 2005, and Huw Thomas was sitting in a busy restaurant with a Jordanian client and his wife. Thomas, a partner at architect Foster + Partners, was in town to discuss the firm’s latest commission, the redevelopment of Jordan’s main airport, Queen Alia International.

Over the din of the restaurant, the local businessman was complaining that he had too much work on. “He was upset because he was busy all the time,” Thomas recalls, back at Foster’s headquarters in west London. “But his wife was having none of it – she asked him, if things were so hectic, why was he getting involved with Red to Dead?”

“I said: ‘Red to Dead – what’s that then?’ He explained to me, briefly, that it was a plan to replenish the Dead Sea, which is shrinking, with water from the Red Sea via a pipeline. He was captivated by it and I thought: ‘Isn’t that an interesting idea?’”

A few days later, the preoccupation with Red to Dead had taken hold of Thomas, too. On the plane back to the UK, the architect got straight to work on the project that has transformed his life. Since then, he and a close-knit team of equally obsessed colleagues have spent hours of their own time drawing up plans for one of the most daring construction projects this century.

The Dead Sea lies in the heart of the Middle East, linking Israel, Jordan and the Palestinian Authority and is the lowest place on Earth. But it is shrinking so quickly that politicians in the region have set aside their differences to work together to find a solution to replenish it within 50 years. Because of poor water management, the sea’s water level has fallen by more than 20m in less than half a century, and its surface level has dropped by two-thirds. The economic and tourism opportunities the water provides for those nearby is essential to their survival. Failure to reverse the decline will lead to an environmental and humanitarian disaster.

The problem has been testing the world’s best engineering and political minds for decades. As long ago as 1985, US consultant Bechtel developed a plan to link the Dead Sea to the Mediterranean but that was eventually shelved on cost grounds.

In May 2005, Jordan, Israel and the Palestinian Authority announced a joint agreement to study the feasibility of transferring water from the Red Sea to the Dead Sea. They believe that a 180km

Red-Dead pipe, which would run along the Jordan/Israel border on the Jordanian side, could be the solution.

France, Japan, the Netherlands and the US have already pledged money for the project, and last month, deputy Israeli prime minister Shimon Peres met King Abdullah of Jordan on the sidelines of the World Economic Forum in Davos, Switzerland, to discuss the next steps. Following 10 years of intense negotiations, the World Bank will launch a $15.5m (£8m) feasibility study next month on how to realise this audacious project.

It’s a challenge. We could help bring water and power to the Middle East – it’s a fantastic opportunity

Thomas and his team have been building up to this competition for the past two years. They have spent late nights and weekends at the office, and squeezed sessions inbetween other projects whenever they can. Yet despite this frenzy, Thomas exudes an air of calm and is puzzled why anyone would question his motivation. “It’s a challenge,” he says. “We could help bring water and power to the Middle East – it’s a fantastic opportunity.”

He does admit that his team is up against some tough international competition. “I expect we’ll come across the huge US engineering firms like Halliburton and Bechtel,” he says nonchalantly.

Thomas’ team has already worked with sustainability expert Battle McCarthy and engineer Buro Happold on the plans but it will take a more diverse team to beat the Americans, he says. “Once we’ve seen the brief, we’ll bring more people on board – engineers, cost consultants, economic advisers. Internationally, it’s a big deal.”

Despite never being officially on the Foster project books or the pay sheet, Red to Dead has become a pet project at the practice and has been pinned up at a number of design review sessions, and has had a lot of personal attention from the top dogs.

“Norman is a big fan,” Thomas says, proudly. “He takes it to lectures and talks about it to people all over the world. Recently, he’s talked about it in Germany and Hungary. A lot of others have had a hand in shaping it as well. David Nelson [deputy chairman] refers to it a lot and Spencer de Grey [also deputy chairman] has had a go.” For the past two years, Thomas has carried a copy of the plans on his laptop wherever he goes, so he can constantly update the scheme when an idea hits and show the presentation to anyone who is interested.

Thomas is tight-lipped about who exactly has seen the proposals so far. But he does reveal that members of the Jordanian government have viewed them informally, as have dozens of others in the Gulf region, including the head of an Israeli peace charity. “The top-level people are aware of it,” he says. “People know what we’re doing.”

The project itself is a minefield of technical challenges. Thomas and his team would have to transfer 19,000 million m3 of water every year along 180km – roughly the same length as the Suez canal. And, despite the Red Sea being 400m higher than its saltier cousin, the first stretch of the journey over land climbs steeply to 125m above Red Sea level.

The team has come up with an ingenious solution – or rather three separate solutions – for moving the water. For the first zone, Thomas and his team have calculated that 140 wind turbines would be needed to pump the water up the gradient, through a series of stepping reservoirs.

Once at the top, the start of zone two, the pipeline would become a boatable canal, which could also be used for farming and agriculture. “The question we asked ourselves was how could we best do this, to make the most of this opportunity?” Thomas says. “Everyone talks about a pipeline but we thought why not make it an open canal?”

Norman is a big fan of this project. He takes it to lectures and talks about it to people all over the world

Thomas and his team have gone to great lengths to consider every aspect of the project, which has evolved far beyond a simple canal. They have spent hours poring over data from weather sites, closely examined previous cases of sea replenishment (such as the Aral Sea in Kazakhstan), researched the history of the area, studied other developments in the region and delved into the intricacies of seaweed, fish and mangrove industries.

“Mangroves could produce biomass for both energy and livestock,” Thomas says. “You could also produce shrimp or fish such as tilapia in the ponds. They could become a cash crop. “I have a colleague from the Philippines whose father is a fish farmer,” he adds. “She helped us collate a lot of information. Did you know that seaweed farming is a huge growth business?”

In zone three, the final stretch, a series of dams would be used to create hydro power.

But the technical difficulties are only one of the threats to the future of Red to Dead. As with all politically sensitive projects in the Middle East, there are objections. Thomas has been informed that the opposition party in Jordan is against it because it contradicts an Arab League resolution not to work with Israel.

There are also environmentalists who attack the scheme, arguing that pumping less salty Red Sea water into the Dead Sea could release toxic gases and wipe out local plants and wildlife. Gidon Bromberg, Middle East representative of Friends of the Earth, said the Dead Sea could even change colour: “By bringing in the water, this composition will be changed. There is concern about algae growth and we could see the sea change from deep blue to red and brown.”

Friends of the Earth says it will petition the ombudsman of the World Bank if it decides to go ahead with Red to Dead without examining other possible options, such as better water management of the Jordan River, which is flowing at less than 10% of historic levels.

Thomas admits that nobody has yet studied the full environmental impact of Red to Dead. “There are big questions over certain aspects of the proposals,” he says. “For example, would an open canal mean more rain for the area and would the microclimate be able to cope? The truth is, we don’t know.”

Despite this, the World Bank has vowed to forge ahead with the feasibility study, which will kick-start the process and run until August 2009, and Thomas and his team are determined to bid. The race is on to save the Dead Sea – and it might just be won by a British architect obsessed with making the desert bloom.

More on the Dead Sea canal at www.building.co.uk/archive