The Olympic Delivery Authority’s new boss has kept his cool in the furore over the Games’ legacy. He’s more concerned with meeting those unmissable deadlines and ensuring the ODA itself bows out with grace

Most people you meet have a view on who should get to use the Olympic stadium after 2012. Enfield-born Dennis Hone, a lifelong Spurs fan and the Olympic Delivery Authority’s brand new chief executive, is no exception.

I meet him at the Olympic site, days after the ODA’s sister body, which deals with the park’s regeneration of the park, has plumped for West Ham’s bid above its north London rival’s. But Hone is remaining staunchly tight-lipped: “Yes, I have strong view alright,” he says with a glint in his eye. “But there’s no way you’re going to get me to say it.”

Hone, 52, didn’t get this far without knowing how to avoid a political man-trap when he sees it. It’s quite possible you’ve never heard of him, even though he is now the man in charge of the ODA’s £1.3bn construction spend to complete the Olympics in the next financial year. So far, as finance director before his recent promotion to the £310k chief executive job, he has been the back-room deputy and fixer of deals. Relaxed and assured, his expertise was vital in the deal over the athletes’ village when the ODA rejected Lend Lease and decided to build it itself. As David Higgins’ deputy at English Partnerships before both moved to the ODA, Hone has a long history in regeneration, going back to the new towns movement and the Docklands Development Corporation. Now is his moment to step into the limelight.

Hone’s immediate priorities are health and safety, and quality. A number of accidents on the athletes’ village site forced the ODA to review procedures, and Hone has started a campaign in response. Although the number of reportable accidents there is 65% below the industry average, Hone is concerned to forestall complacency. “Do I lie awake at night worried about whether we’re going to deliver on time or on budget? - no,” he says. “What would keep me awake is if we had major health and safety problems. Entering the fit-out phase, we’re going to have a lot of trades descending on the site for very short periods of time, and therefore they don’t always have the background and induction we’d like.”

As for Hone’s other duties, with 79% of construction complete, there is no denying that most of the big decisions have already been taken. The questions that do remain are mostly about legacy. First, the ODA has to choose who will take on the 1,400-home athletes’ village after the Games and the 2,500-home development sites around it. The ODA will soon draw up a shortlist of two or three from the nine bidders, and choose the winner in the summer.

Do I lie awake at night worried about whether we’re going to deliver on time or on budget? No

The other big decision is who oversees the £300m conversion of the park after the Games in order to prepare for the ongoing regeneration of the area. Regeneration body, the Olympic Park Legacy Company, is talking to the ODA about taking on all or part of this role, leaving the ODA potentially able to wind up and close down as early as spring 2013 - almost a year and a half early. But whoever does it, the contracts for this work have to be tendered “very early this summer,” so time is of the essence. The final decision rests with ministers. “What I’m trying to guard against,” says Hone, “is us being seen to hang on to work to prolong the existence of the ODA solely for that purpose. I want us to be seen as an effective body that delivered on time and on budget, and then had a very orderly exit.”

But it is other legacy issues, highlighted by the furore over the stadium, that are hitting the national headlines at the moment. Hone has been at the ODA since its inception, so has his share of responsibility for what - some allege - is a failure to put legacy at the ODA’s heart. There’s an argument that if better decisions had been made earlier over the Olympic stadium, aquatics centre and media centre, then we’d be at less risk of knocking down newly built facilities. In addition, many assume the broadcast centre will ultimately be pulled down, and sources say the value engineering of Zaha Hadid’s aquatics centre to take out gym facilities makes it less attractive to potential commercial operators.

But Hone defends each and every call solidly. “We had to make decisions on whether we could complete design and construction on a constrained site, in time for the Games, and not leave us in a position where we’re completing the stadium very late in the day. That was the choice the Olympic board faced: do we cast our net further? Do we hold the process up? Do we go with a flier on the design? Do we throw more money at it, and risk being left with a white elephant? Or do we bite the bullet, move forward with construction in time, and go to a tenant later who would then come in with a clearer idea of what they would do?”

He insists the aquatics centre does have legacy built in, with a movable pool floor enabling it to be adapted for community use. He says: “[To build exactly for legacy] you’d have to say with some precision what the legacy will be. And for all the reasons we’ve talked about, the stadium, the aquatics, the media centre - you could not have that precision.”

Hone seems to be enjoying stepping out of the shadows. “I am happy you know, it’s good. Maybe I was due a role change,” he says. “Who wouldn’t want to do a job like this?It’s two years at the top of the profession.” It doesn’t sound like he’s losing any sleep worrying. 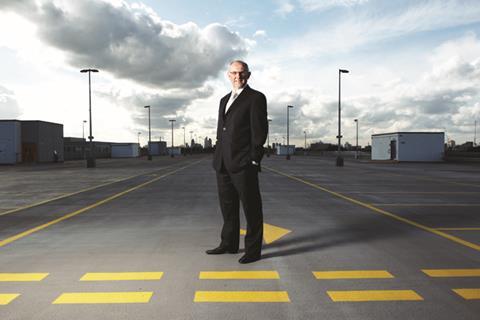