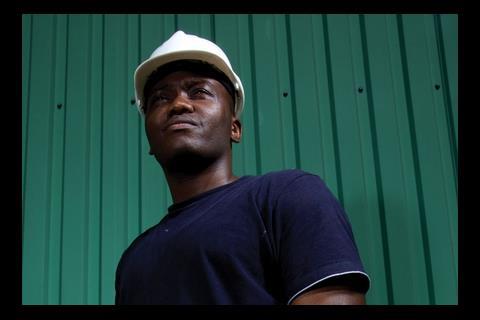 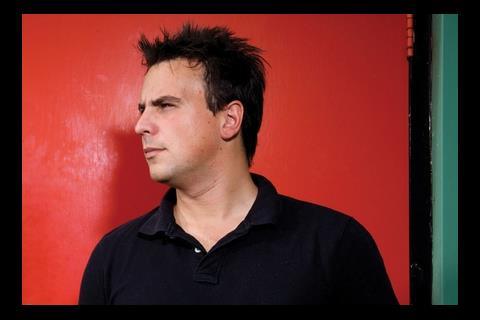 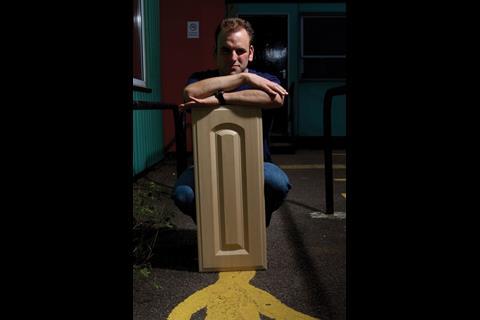 If a job candidate isn’t white, male and able-bodied, the construction industry doesn’t seem to want to know them. So a training organisation called NET Ambitions is trying to get employers to diversify. Emily Wright talked to three people whose lives have been transformed

Last month, the construction industry was reminded precisely how overwhelmingly white, male and middle-aged it was. A study carried out on behalf of the Construction Industry Council revealed that 2% of its workforce came from ethnic minorities and that RICS members were more likely to be over the age of 90 than from the black Caribbean ethnic group.

This report makes a pretty good prima facie case that the industry discriminates against those who have disabilities, come from other ethnic groups or, through no fault of their own, have had a tough start in life. Quite apart from arguments about the ethics of this, the clear implication is that the industry is not making best use of the country’s available labour.

One programme encouraging a more inclusive approach is NET Ambitions, a construction training scheme that was launched on a site in east London last year.

It is open to anyone who is unemployed and is struggling to find work, particularly if they have a disability, learning difficulties or health problem (especially if it was the result of previous construction work).

The scheme was set up by ConstructionSkills and Newco Employment and Training, a careers advisory service based in Newham, east London, with funding from the London Development Agency. In its first year it has attracted 191 clients of whom 17 are on work placements, 25 have been employed by the construction industry and 29 are being trained. However, 103 are still waiting to be placed and the scheme’s project manager says inaccurate perceptions of their skills and abilities could be discouraging construction firms from offering them work experience, or taking them on as employees.

“Many of the people who are involved in the programme would benefit from an onsite placement but employers have concerns about letting people with disabilities on site,” says Tina Waters, a project manager for NET. “The fact that everyone on the NET programme has gained their CSCS card and may actually have worked in the industry prior to an injury, should change employers’ perceptions. We want to show the industry the skills that people with disabilities have to offer, whether they’re bricklayers, dryliners, painters and decorators or plant operators. All of them are prepared to work very hard.”

To find out just what sort of talent NET has to offer, Building met three of the scheme’s intake from the past year. Their stories show that by helping itself to the best workers available, construction can help those workers to turn their lives around.

My parents were both political activists in Nigeria. When I was nine the violence there was so bad that they sent me and my sister out of the country. First we went to stay with relatives in Chicago, and then to my aunt’s in north London. Two years later I was told that my father and mother had both been assassinated shortly after we had left.

Then, when I was 14, I was walking home from school in Tottenham when a gang of boys from my class jumped out of some bushes wearing balaclavas and attacked me with knives and machetes. I was stabbed in my neck and back time and again. I have huge physical and mental scars from the attack.

I have scars all down my arms. After the attack, I was left for dead.

Luckily someone walking by saw me and called the emergency services. I was airlifted to hospital where surgery saved my life. I went to the police and the people who attacked me were arrested. But when I was 16, I was attacked again by their relatives seeking revenge. They pushed me through a shop window and hit me with metal bars. I lashed out to defend myself and injured one of my attackers, which meant I was arrested myself and put in prison for a year after being charged with actual bodily harm.

I came out of prison in August 1999 and got temporary work at a clothes shop, but as soon as my security check was run and my criminal record came up, I was asked to leave. Then I did some freelance security work for club owners and companies but it was the same old story with my criminal record.

I’ve been stuck at home, unemployed, since 2004. I just gave up after all the rejection. But I decided I didn’t want my life to be that way and looked into something completely different – construction. I came here earlier this year for an interview and in just a few months I have my CSCS card and a first aid qualification. The staff sat down with me to work out what I was suited to. I told them about my love of art so they helped me get an interview at Grafton Art College. They liked me there so offered me a place on a carpentry course which I am starting this month.

It’s a two-year course and after I have finished I want to be able to start earning money and provide for my family. I have been on benefit for four years and that is not something I’m proud of. Hopefully after this I will be able to get an apprenticeship. Maybe I could even use my security background and do security work on construction sites.

Before I came here and found out about opportunities in construction, I’d given up. I was sitting at home on my own, doing nothing. Now I have a reason to leave my house. I get up at 8am, make my way down here and it gives me a purpose. I feel as though I’m finally achieving something.

I was a bricklayer for 10 years. I followed my dad into the trade and started as an apprentice until I eventually set up my own company in 2004. I was very happy at that point in my life. I absolutely loved my job, operated all over the country and always had work.

Then, last August everything changed. I climbed onto a scaffold on a south London site after being told it was ready to use. It was insecure and the ladder I was on fell back when I was about 2m up. I remember a feeling of absolute terror, then nothing else until I came round on the ground in immense pain. I was taken to hospital with a severe fracture to my left hand. After an operation, I was told by the consultant that I might get 80% use back in my hand. That was it. For my job you need 100% use. From that moment the handbrake went on on my life.

I hit rock bottom and am still battling depression. I had to abandon my company and was sat at home with nothing to do. I was lost. My trade was all I knew and it had gone. I’m not a defeatist but I became one for a long time.

Then NET was suggested to me by the disability employment officer at my local job centre and it’s been a godsend. Having talked to people here I decided that, despite what happened to me, the construction industry is a fantastic one to work in so I am hoping to train as an assessor so I can pass my knowledge on to youngsters and encourage them to get into the building trade. Construction needs to overcome the bad press it has had in the past because you can earn a really good living, meet some great people and achieve a very nice way of life if you’re good at your job.

I have done health and safety and first aid courses here and am now waiting for the London assessor project to contact me with a start date for a placement somewhere. Then I can start my course, which will be two days a week for three months. I don’t know what will happen after that – I hope it will lead to work but I’m just taking things one step at a time.

Construction is what I know. I love it. I hope I can get back on track and find work encouraging other people to get into it. For me, the industry and NET have been a light at the end of what was, for a long time, a very dark tunnel.

Jeremy has numerous learning difficulties and was almost illiterate when he first came to NET. After a course of reading and writing, organised by the programme, he is now able to read basic instructions which enable him to do the job he is enjoying so much. He is still working with NET to improve his skills further.

Before I came here, I didn’t do much with my day. If I hadn’t discovered NET and found out that I was quite good at carpentry, then I think I would probably still be at home doing nothing.

I was told about NET just over a year ago by the job centre. I had been unemployed for three years after a few years working as a painter. I stopped doing that as the work dried up. When I arrived here my literacy was awful. I could barely read, but now, through training, I can read well enough to put together cupboards and whole kitchen units. This meant I was offered a placement working part-time in the factory here assembling things, and now I’ve been offered a job starting in August. I can’t wait because it means I will be able to work full hours and share breaks with other people and get to know them all.

I can’t really explain what it is I love so much about what I do now. You start with nothing and end up with a cupboard. Which I have made. It may sound stupid but that is brill. I love it and it’s turned my life around discovering I can do this.

Now I can think about my future, which is so exciting. I definitely know where I want to be a year from now – in brick making, which looks so much fun. And in 10 years’ time? The dream would be to have my own place – not still live with my parents. A cottage somewhere out of London, in fact out of England. In France maybe. And an MG Midget sports car. It’s all just a dream but at least I have goals and ambitions now. Getting into this industry has opened so many doors for me. Ten out of 10.